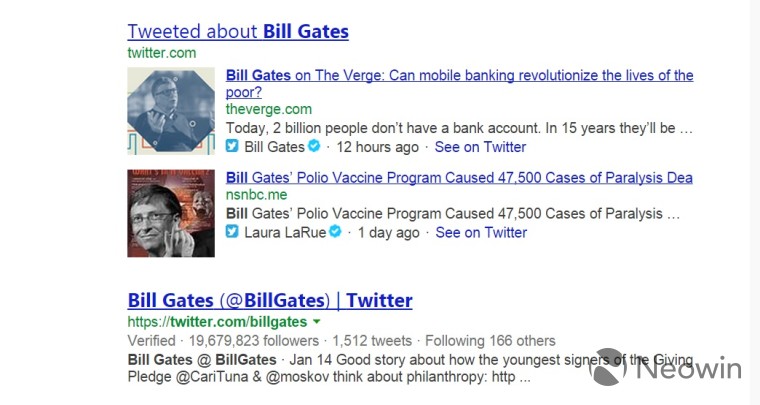 Bloomberg reports that Twitter has struck a deal with Google to start embedding Tweets in Google's search results. Prior to this deal, Google would have had to crawl Twitter in order to get access to Twitter's content, but it will now be coming directly from Twitter themselves.

Twitter and Google are reportedly already working on the collaboration, suggesting it may be seen implemented in the very near future.

It's reported that Twitter will not be receiving any advertising revenue for the collaboration, which suggests that Twitter would instead have a data licensing agreement with Google where Google will simply be paying for access to the data. It's suggested that part of Twitter's reasoning behind this would be to drive more people to Twitter and thus boost Twitter's advertising revenue. Another effect is driving newer and less active users to the platform.

Microsoft's Bing has already had a similar arrangement with Twitter for some time where Tweets about notable people or subjects are embedded in the search results, allowing the search engine to provide better real-time content. This isn't the first time Twitter teams up with Google either-- since way back in 2011 we saw an on-again off-again relationship with Twitter integration in Google's search results.

Lots of people might be questioning the benefits of seeing Tweets in search results, but the benefits are there and they are numerous. Naturally, not all Tweets would be displayed; only the most recent Tweets and only the ones with a high amount of social proof would probably make the cut-- if 5000 people favorite and retweet a certain Tweet, half of them being verified/established users, then the Tweet is likely as relevant as everything else.