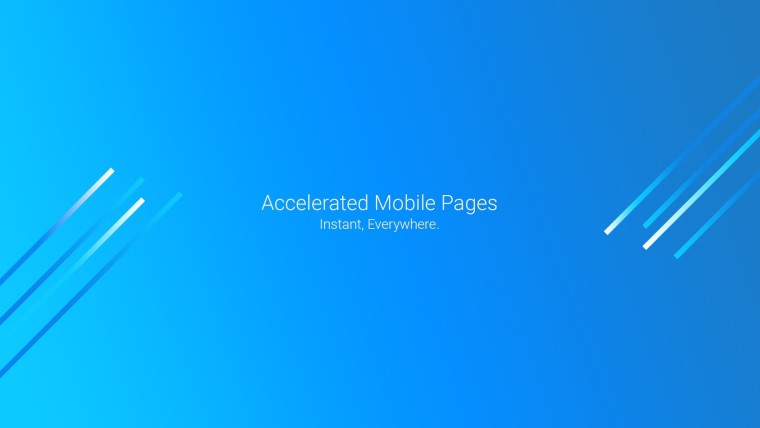 Just over a year ago, Google launched the AMP project – Accelerated Mobile Pages – with the aim of speeding up web pages, but with a focus on static content like news stories and blogs.

AMP have since been adopted by 900,000 domains, publishing more than two billion AMP pages. Google claims that these pages render and load with a median time of less than a second. That’s mighty quick, especially on a mobile device.

Today, Google is slightly widening the scope of AMP by allowing advertisers to use an AMP page as the landing page for advertisements published in Google’s search results. In effect, clicking an ad in Google Search could lead to an advertisement that opens in less than a second.

For now, the feature is limited to a beta, requiring advertisers to sign up before they can participate; big-name advertisers like Johnson & Johnson, and eBay have already been testing the feature, and have noticed increased engagement.

“Johnson & Johnson has seen great results in testing AMP with our product information pages. For specific pages, we’ve seen page speeds improve by 10x and engagement rates improve by 20%. J&J is looking forward to expanding our application of AMP.”

In addition to that, Google is also taking a significant step in making advertisements themselves load faster. Starting from this week, a “significant number of ads” on the Google Display Network will load in the AMP Ads format, if they are loading on an AMP page.

At Google I/O earlier this week, Google announced that AMP pages are now loading twice as fast than they used to when the project was announced 18 months ago. It’s clear that Google is still improving the platform, and the speed gains are proving to be a great boost in attracting users concerned about mobile data usage.

China’s two major search engines, Baidu and Sogou, accounted for 90% of China’s search market in 2016 and announced three months ago that they would be linking to AMP pages in their search results. Yahoo Japan also joined them in Japan.

The AMP project is growing to become a significant part of the mobile web. Hopefully, Google’s commitment will continue to bring more improvements to the platform.