Google has announced two new features for Google Maps that have just launched on both Android and iOS devices. The first feature aims to let you know whether your bus is running late, and the second one is a crowdedness predictor that will judge how full your bus, train, or subway ride will be based on past experience.

According to Google, the new features have already begun rolling out in 200 cities around the world so a good proportion of people should be able to benefit from them. 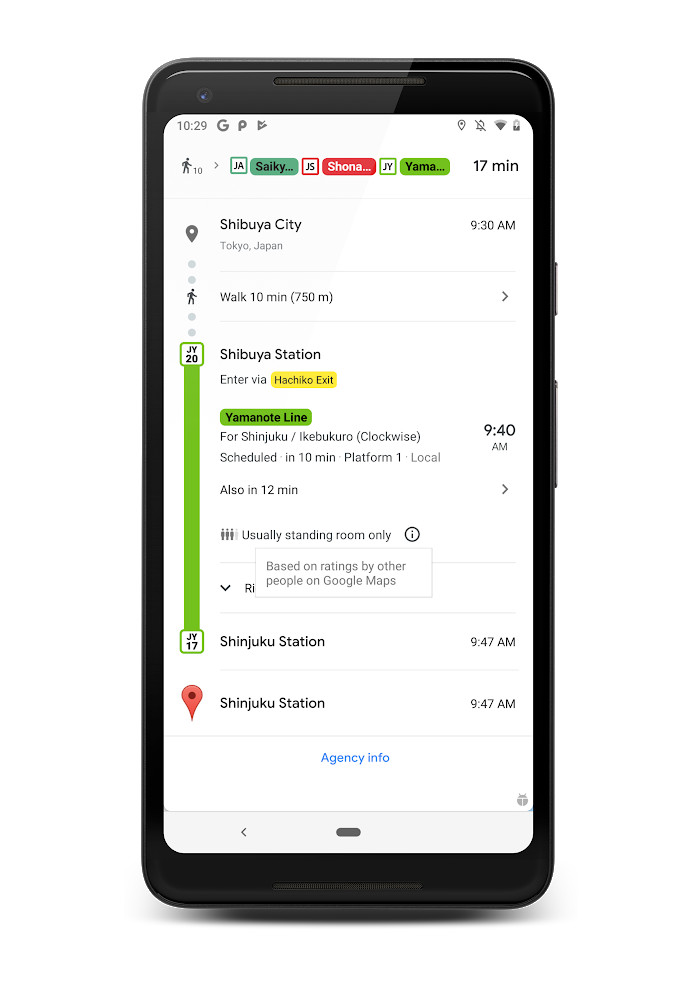 With bus delay information, those who don’t already have real-time data from transit agencies will be able to see whether their bus will be late and when it is expected to arrive. In addition to this, the travel time will automatically update to factor in the delay, giving commuters a more realistic expectation about when they’ll get to their destination. What’s nice about this feature is that you can see where on the route the delay is occurring and, in some situations, this will mean you can alter your route to get around the problem.

With the second feature, crowdedness predictions, you’ll be able to more intelligently plan your journey based on comfort. With the new update, Google will provide you with information about how full the vehicle will be based on past information. With this, you can decide whether you want to catch crowded transportation where you’ll be forced to stand up, or whether you want to wait a bit for a seat.

To accompany the launch, Google has penned a blog post which looks into transit crowdedness trends around the world based on data gleaned from Google Maps; if you’re interested in checking out the data, head on over to Google’s blog post.