Last month Google updated the Android version of Google Maps to match the best features of Here Maps: area downloads, turn-by-turn navigation and local business information—all offline. Now the company has added those features to the iOS version for iPhone and iPad.

In version 4.13.0, now rolling out in the App Store for some devices, users can see current gas prices for nearby fuel stations. There’s also a new feature called “popular times” which can help you decide what time of day to visit a restaurant or bar, showing you when it’s not as busy.

In addition, offline maps and turn-by-turn navigation have been added, matching the Android version. Offline search for local businesses is also included, bringing up associated information like user ratings, hours of operation and phone numbers.

Directing the app to download particular areas can be more complicated than the same procedure in Here Maps, where you simply download an entire state or province. In Google Maps, you must first search for a particular city or county, zoom to frame the desired area, then tap a few more options to grab it.

After 30 days the app may choose to erase that area from its cache without warning, so be sure to check Your Places while signed in to manually update your offline maps. The iOS procedure to download particular geographic areas matches the Android version as shown below. 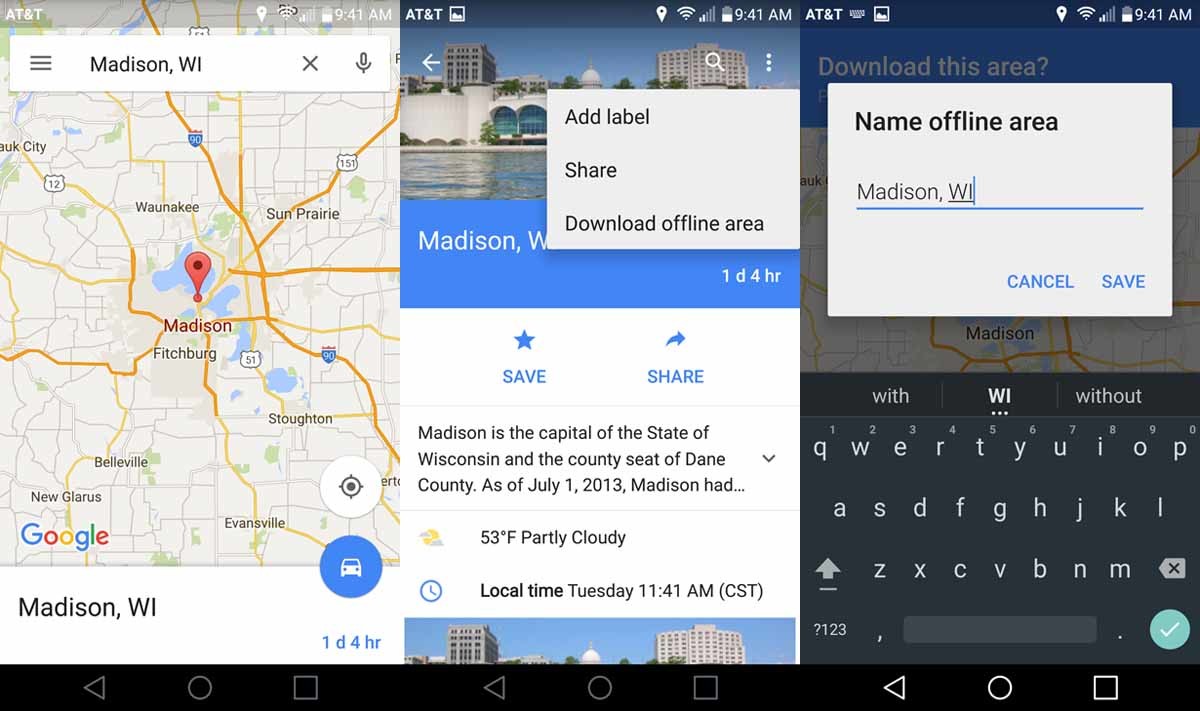 In their blog post about the similar Android upgrade last month, Google said they're striving to cover the "60% of the world... without Internet today." Providing iOS with a more complete offline mapping experience should provide more convenience for those who travel without mobile data coverage during their day.