It’s that time of the year again, where Google releases a new Nexus handset for those wanting a cheap yet powerful device running stock Android. 2013’s Nexus is the Nexus 5, aptly named as it’s both the fifth Nexus device and it packs a five-inch display. Like its predecessor, the Nexus 4, this new device is produced by LG and packs many similarities to the LG G2, which is the company’s more expensive flagship mode.

Despite its low price – $349 for an unlocked 16 GB model – the Nexus 5 packs top-of-the-line specifications. Internally there’s a Qualcomm Snapdragon 800 SoC with a 2.3 GHz quad-core CPU, 2 GB of RAM, LTE radios worldwide (a first for Nexus devices) and a 2,300 mAh battery, complemented by a 4.95-inch 1080p IPS display. Let’s not forget the camera either, which is an 8-megapixel unit and will hopefully prove much more capable than the Nexus cameras of the past. 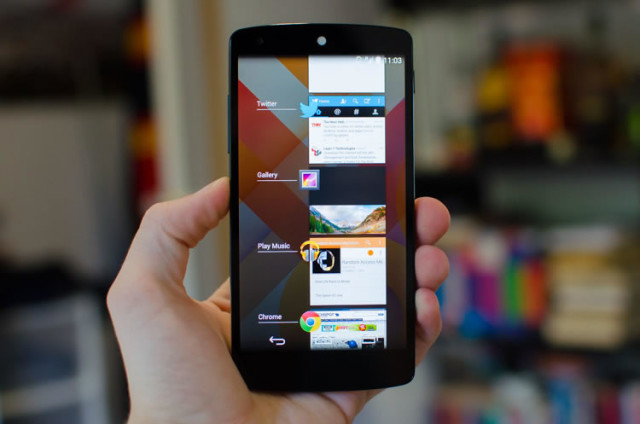 The Nexus 5 is the first device to come with Android 4.4 ‘KitKat’ out of the box, which brings a few improvements to the Android ecosystem, most notably a refined interface, performance optimizations and messaging integrated into Hangouts. As a purely vanilla device, this is the Android experience Google is after, and it will surely be interesting to see how well the hardware fits the software.