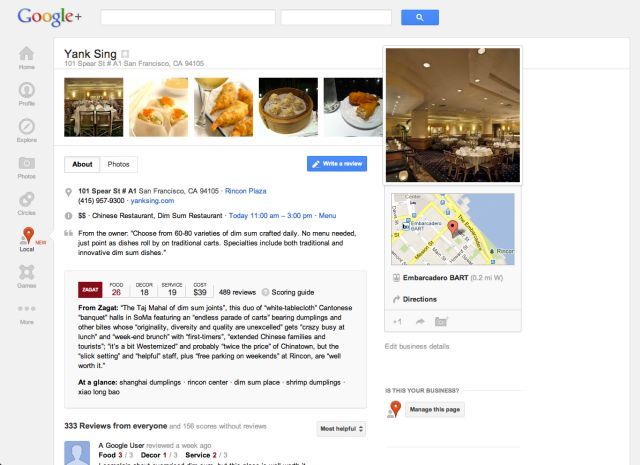 Google has gotten rid of its Google Places service in favor of a new feature for its Google+ social network. Today, the company announced the launch of Google+ Local, which will let users read and write reviews of restaurants, shops and other places. Google+ subscribers should see a new "Local" tab on their main page that will take them to the new feature.

Google is also adding in reviews of restaurants and shops in Google+ Local from Zagat, the well known review guide company that Google acquired in September 2011. Google's blog post states:

Each place you see in Google+ Local will now be scored using Zagat’s 30-point scale, which tells you all about the various aspects of a place so you can make the best decisions. For example, a restaurant that has great food but not great decor might be 4 stars, but with Zagat you’d see a 26 in Food and an 8 in Decor, and know that it might not be the best place for date night.

Google+ Local also integrates other Google services such as Google Maps, which lets people find the destinations that have been reviewed by Zagat and user reviews. The Android Google Maps app has also received an update today that now includes Zagat reviews in their features.