Google is expanding the reach of its Google Play content to more devices, although with some limitations. Today, the Google Play Movies & TV app was published in the iOS App Store, allowing iPhone, iPad and iPod Touch users in the US, Japan and UK a way to watch films and television episodes that have previously been purchased or rented on the Google Play service. 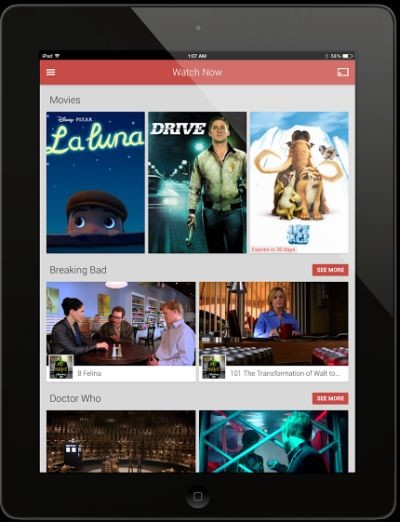 The app may let Google Play users watch videos, but it won't actually allow them to purchase and download those movies and TV shows directly from the app itself. In fact, it's highly unlikely this will change in the near or far future since Apple would take a percentage of any such sales.

An even bigger issue is that the app only supports streaming video, and only on Wi-Fi connections. There's no option to download videos purchased on Google Play to an iOS device for offline playback, and there's no current support for streaming videos from a cellular wireless connection. On the plus side, owners of a Chromecast dongle can use the iOS app to stream video to a big screen TV. Hopefully Google will add an offline playback mode in a future update.