Epic Games recently made the controversial decision to release the Android version of Fortnite on its own website rather than through the Google Play Store. The move was spurred by the revenue cut taken by the Mountain View company on its distribution platform, which Epic CEO Tim Sweeney felt was unjustified, but it generated a wave of concerns regarding security since it made it easier for fans of the game to fall for scams or download potentially harmful files. 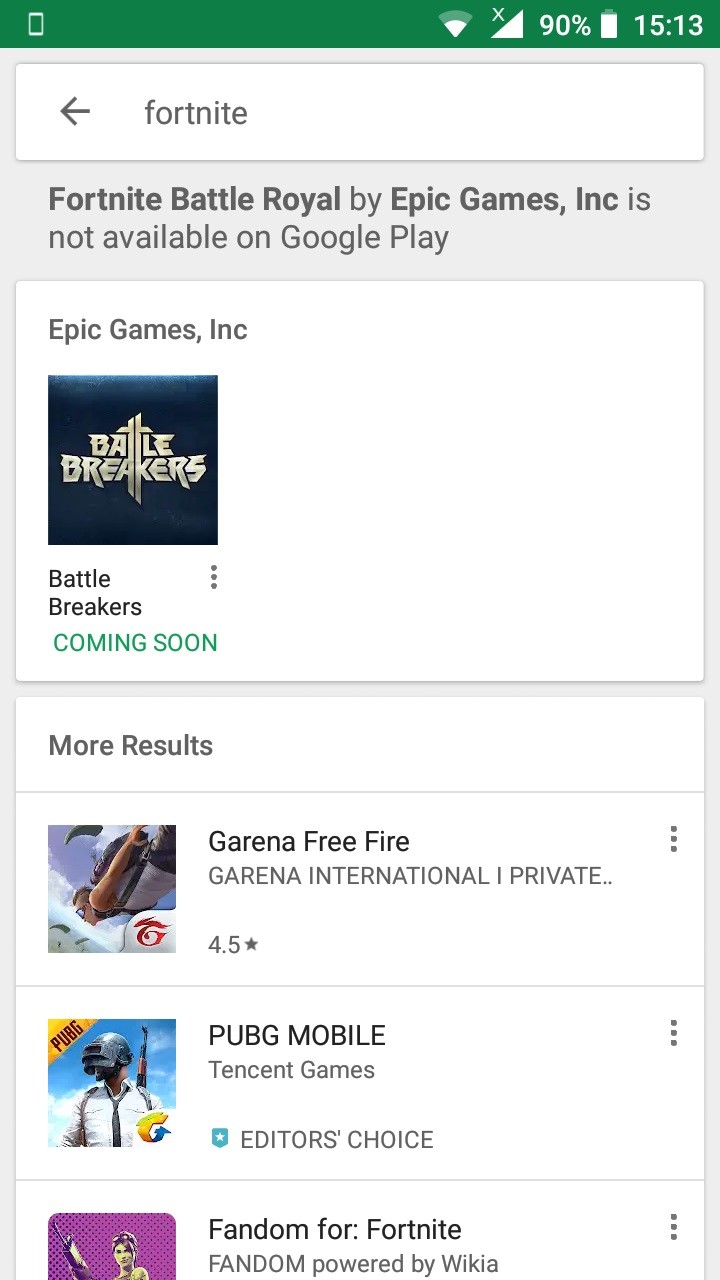 Google is apparently aware of these concerns, and it has stepped in to protect users in the only way it can. As spotted by a Reddit user, searching for Fortnite or Fortnite Battle Royale will yield a warning saying the game isn't available on the Play Store.

Interestingly, the company seems to have misspelled the title of the game, referring to it as Fortnite Battle Royal, which is missing the letter E in the word Royale. Whether this is a mere typo or Google doesn't know how to spell the name of the game is unclear, but it's a somewhat funny mishap nonetheless.

The Android version of Fortnite premiered in beta form yesterday exclusively for Samsung Galaxy devices, but it should be available for other Android phones in the next few days. If you're not interested in waiting, someone modified the APK so that you can run the game on any device, but that could carry its own set of risks.