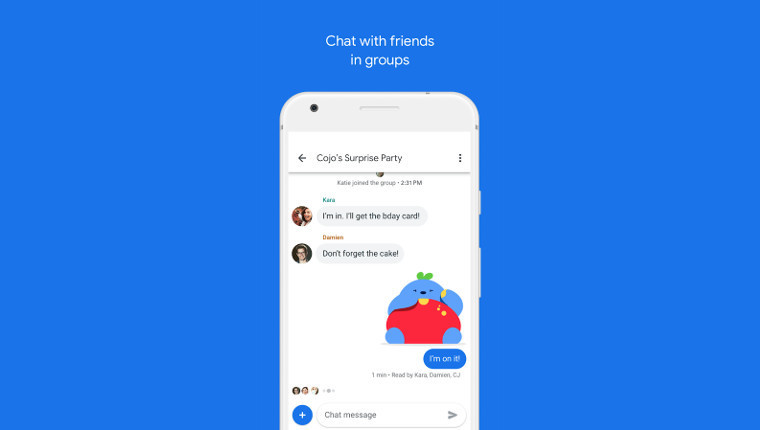 Google has been making a big push for Rich Communication Services (RCS) technology in the Android Messages app, evolving the traditional SMS experience and making it more like Apple's iMessage. Earlier this year, it was reported that the company was going to start pushing this enhanced experience, known simply as chat, to users in select countries.

Today, the firm announced that it's pushing RCS features broadly to users in the United States. RCS greatly improves the SMS experience by offering more features found in chat apps such as WhatsApp, or Facebook Messenger. RCS messages can be sent over mobile data or Wi-Fi, and they can include higher quality photos and videos, whereas traditional MMS messages would heavily compress these files. Plus, there are features like group chats, with the ability to add or remove group members or rename the group. Finally, you can see if people have read your messages.

As mentioned above, Google already made these features available to anyone in France, the UK, or Mexico earlier this year. Now, more users in the United States will start being able to use them, and Google says it expects the features to be broadly available in the country before the end of the year. The company will continue to work on bringing these features to even more countries in the future.

The Android Messages app comes pre-installed on some Android devices, but if you don't have it, you can get it from the Play Store.