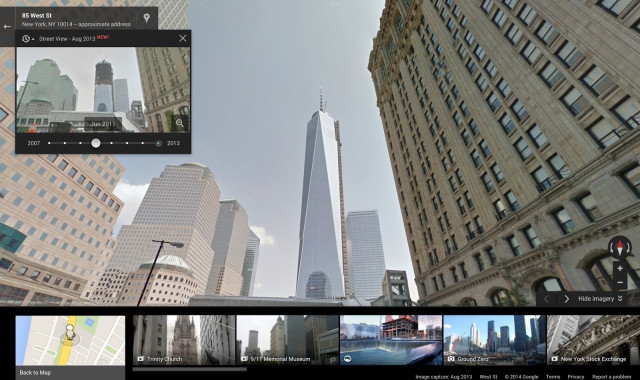 Street View for Google Maps has been updated with the ability to show archived three dimensional imagery of certain locations.

Google announced in a post on its official Google Maps blog, that users can now revisit certain landmarks to see the changes that took place there since 2007. The time travel like feature is currently available on the Google Maps website but the company has not mentioned whether it will be made available for mobile users anytime soon. 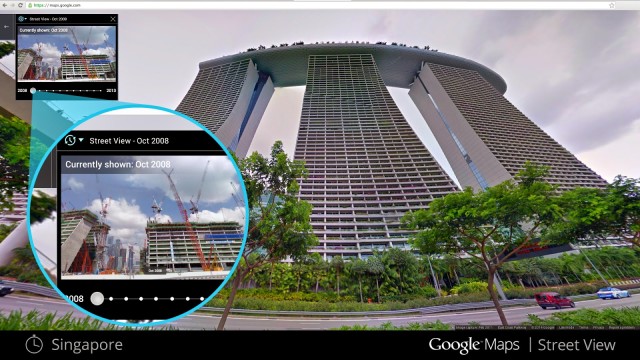 Although, Vinay's blog post mentions a handful of landmarks such as the Freedom Tower in New York or the new World Cup Stadium in Brazil, users can view historic imagery of many more popular places covered by Street View. Notable places that are not yet covered include London's Big Ben and Eiffel Tower in France. Mount Everest which was recently added to Street View, also lacks the time lapse feature but it will be interesting to see the changes to such locations once Google enables the archived imagery.