Once the world’s largest mobile phone vendor, Nokia’s devices and services business today becomes just another outpost of the Microsoft empire. Nokia will live on, focusing on its communications infrastructure business, NSN, as well as developing and licensing out its HERE mapping and location data platform.

But Nokia’s days as a maker of mobile phones are now over. As the company passes that torch on to Microsoft, we take a look back at some of the highlights from Nokia’s time as a handset manufacturer.

These aren’t necessarily Nokia’s highest-rated devices, or those that won the most awards, or even the most popular. But we think that these ten handsets are among its most significant, albeit for very different reasons. We’d love to hear of your thoughts and memories of Nokia’s best (and worst!) devices, so please be sure to share them with us in the comments below!

By the very end of the twentieth century, Nokia had already been making mobile phones for almost two decades. But it was in the late 1990s that explosive growth in mobile telephony across the globe propelled Nokia to the top of its game, becoming the world’s largest handset vendor – a position that, remarkably, it held until 2012. 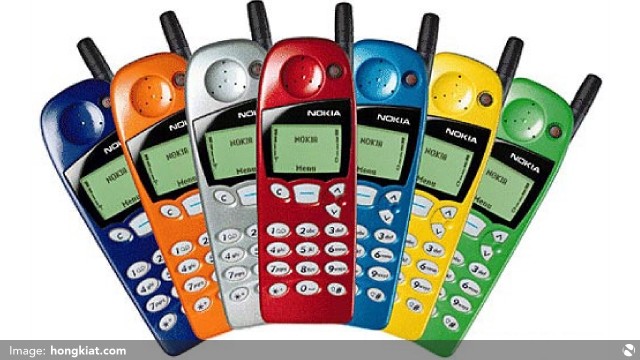 The 5110 contributed significantly to that growth. Launched in 1998, by the following year, it seemed like the 5110 was everywhere, and with good reason. Its colorful, swappable covers gave it widespread appeal, as did its robust build quality – the number of knocks, bumps and drops that that thing could handle was remarkable. A simple interface made the handset incredibly easy to use and, more importantly, to access Snake, which – as everyone knows – is the best mobile game of all time.

While the likes of the 5110 targeted consumers with features like its fun-and-friendly removable fascia, Nokia remained keenly aware of the need to target business users with models focused on their needs and requirements. 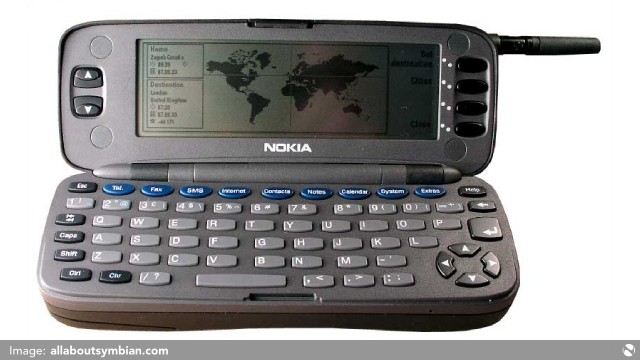 The Communicator series aimed to do just that with a form factor that attempted to masquerade as an ‘ordinary’ mobile phone on first glance, but which then opened up to become a mini-computer of sorts, including a QWERTY keyboard and a large secondary display. The 9000 Communicator, which launched in 1996, was truly a beast, weighing in at just under 400g, but subsequent models became thinner and lighter.

Many of the features seen in the Communicator series – such as email, web browsing and Smart Messaging for over-the-air upgrades – are among those featured in modern smartphones.

The Communicator range was priced out of the reach of most, who had to make do with a far more basic feature set in those devices that they could afford. But that didn’t stop consumers across the world from lapping up Nokia’s more affordable devices in extraordinary numbers. 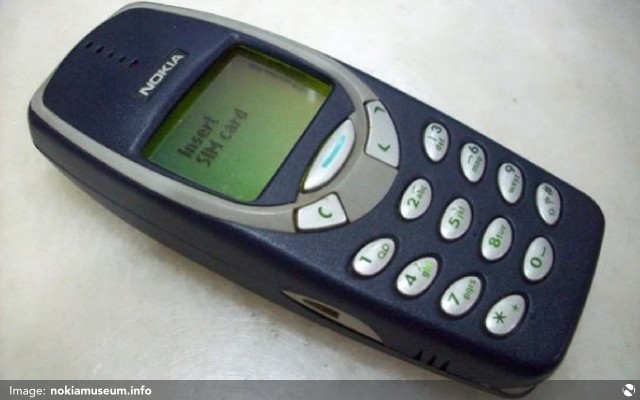 Like the 5110, the 3310 enjoyed such staggering popularity as to seem almost ubiquitous. After its launch at the end of 2000, the 3310 could be seen virtually everywhere, in the hands of young and old alike. Indeed, it went on to become one of the most successful handsets of all time, with almost 130 million units sold. The Nokia 1100 (which didn’t quite make into this list) was even more popular, with over 200 million handsets sold.

A common complaint these days is that phone handsets are all starting to look the same. The colors may vary, and the materials may differ from one device to another, but as touchscreens become ever more prevalent, there is little variation in form factors. But rewind the clock just ten years and it seemed, for a short time, as if a mobile phone could look like anything. 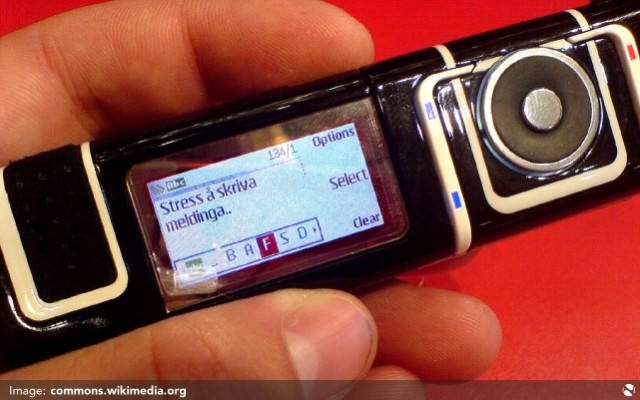 Nokia experimented with some truly outlandish hardware design in the mid-noughties, which included the bizarre ‘teardrop’-shaped 7600, the asymmetrical 7610, the 3650 with its insane circular keypad, and the wonderfully silly 7280.

In the absence of a keypad, navigation and text-entry required the use of a ‘Navi-Spinner’ which allowed users to rotate a dial to highlight characters or commands. Usability was every bit as awkward as its sounds, and the form-factor was flat-out crazy, and earned it the nickname of the “lipstick phone”. It even had a reflective display that, when switched off, could be used as a mirror.

The N95 is widely regarded as something rather special. Released in 2007, it was one of the first handsets to support HSDPA (“3.5G”), and was absolutely packed full of features, including a 5MP camera with VGA video recording, front-facing camera for video calls, 3.5mm headphone jack for audio playback, integrated GPS, Bluetooth, Wi-Fi, and web browser with Flash support. 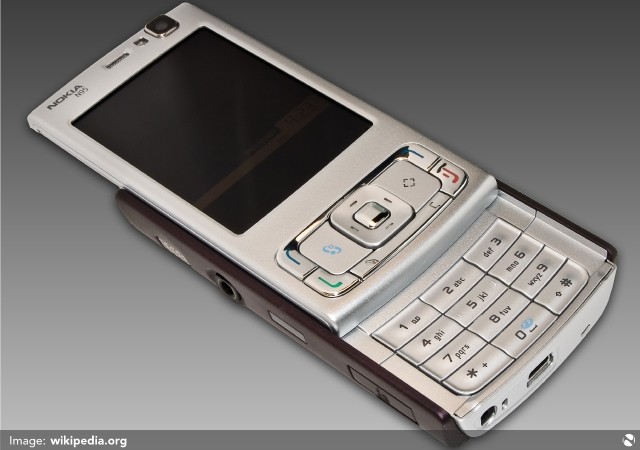 The form factor was intriguing too, and not just because of its lovely 2.6-inch 320x240px display. The N95 had a ‘dual-slider’ design: slide it up to reveal a standard T9 alphanumeric keypad; slide it down to access dedicated multimedia playback keys. The N95 was fantastic for enjoying audio and video, thanks to its microSD card support and – in some models – 8GB of onboard storage.

Nokia was painfully slow to react to the threat of the iPhone, and while devices like the N95 were very good in isolation, the ageing Symbian OS lacked the feature set and flexibility to convincingly compete with smartphones on rival platforms. But even as the Symbian platform was burning, Nokia was working on a new device to help it reassert its relevance in the smartphone world: the N9. 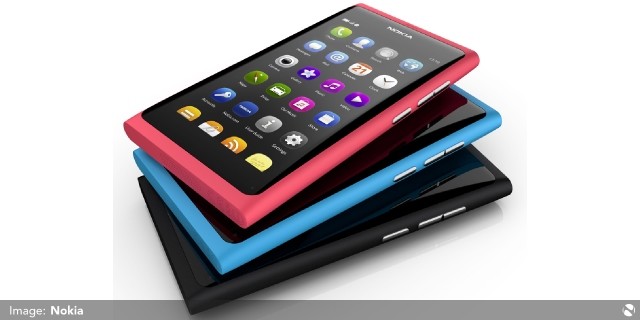 Running MeeGo 1.2, the N9 was widely praised upon its launch in late 2011 for its beautiful design, stunning user interface and powerful software stack. In fact, reviews across the world were broadly united in their praise for the device upon its release, with many choosing not to recommend it for purchase solely because Nokia had stated, months earlier, that it was consolidating its smartphone efforts around Windows Phone.

The N9 contributed to the Windows Phone legacy, of course, by lending its design to Nokia’s first WP handset, the Lumia 800.

Like the N9, the 808 PureView is significant for marking the end of a journey. The N9 was the first and last MeeGo device to be sold by Nokia; the 808 was the company’s last device to launch with its Symbian OS, back in February 2012. 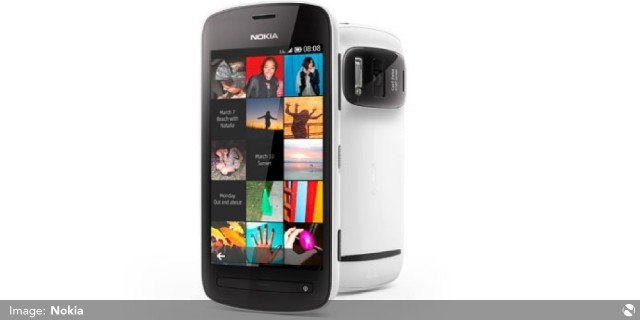 But that was not the only thing that made this device remarkable. The 808 PureView featured a camera with an astonishing 41MP sensor. Building on Nokia’s proud legacy of superior mobile imaging, the 808 won numerous awards for the company. Sadly, the handset itself wasn’t quite so exciting, as the Symbian OS just didn’t have what it took to convincingly stand up to its far more established smartphone rivals.

Many of Nokia’s most significant and impressive devices have been its most affordable, and the 105 convincingly upholds that tradition. 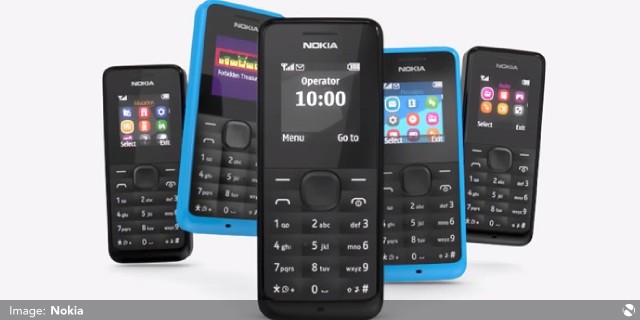 Launched at the Mobile World Congress in 2013, the tiny 105 may not look like much – it doesn’t have a web browser or a camera, but its big appeal can be seen in its price tag. Costing just €15, this is almost as basic as a mobile phone gets, but it does have a couple of nice features.

There’s a built-in torch, for example – an incredibly handy feature for those buying the device in emerging markets where night-time street lighting may be completely absent. The 800mAh battery is good for over a month of standby, a fantastic feature for those in parts of the world where electricity supplies are sporadic.

Many handsets have emerged from Nokia’s ‘special relationship’ with Microsoft since the launch of its first Windows Phone in 2011, the Lumia 800. The tank-like 920 is a fan favorite, while the Lumia 1020, with its remarkable 41MP camera, has become something of a poster-child for the Windows Phone platform. But it is the cheapest Lumia – the 520 – that has made the greatest impact. 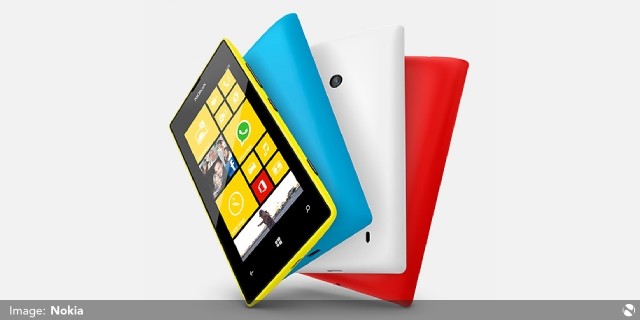 The device has sold in huge numbers across the globe, thanks in no small part to its plummeting price tag, which has seen the device sell for as little as $40. That price has put Windows Phones into plenty of hands, and helped propel market share to well over 10% in many parts of the world.

The last device on this list is, of course, not a real one at all, but conveniently brings us full circle to the phone that we began with, the Nokia 3310. 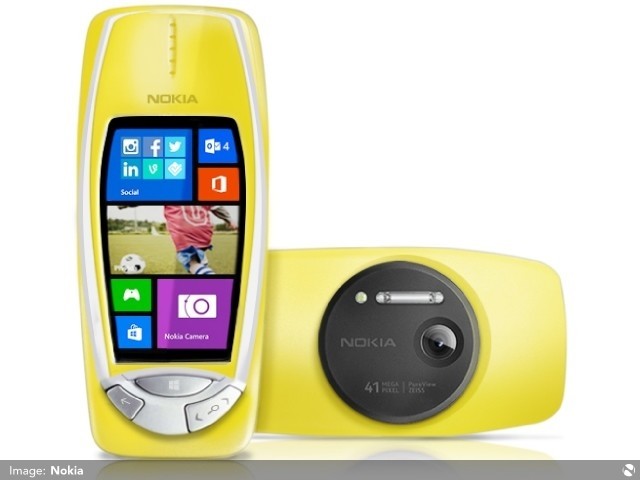 Sadly, the 3310 Windows Phone is unlikely to ever be seen on store shelves, but this curious hybrid seems to encapsulate the unusual marriage between Nokia and Microsoft rather perfectly.

Once the world leader in mobile phone sales, Nokia’s devices business now transitions into the care of Microsoft, which has today become the world’s second largest mobile phone vendor. Five years ago, the idea of a Nokia Windows Phone was unimaginable, even after Nokia had launched a Windows netbook, the Booklet 3G.

But then a couple of years ago, the idea of a Microsoft Android phone was laughable too.