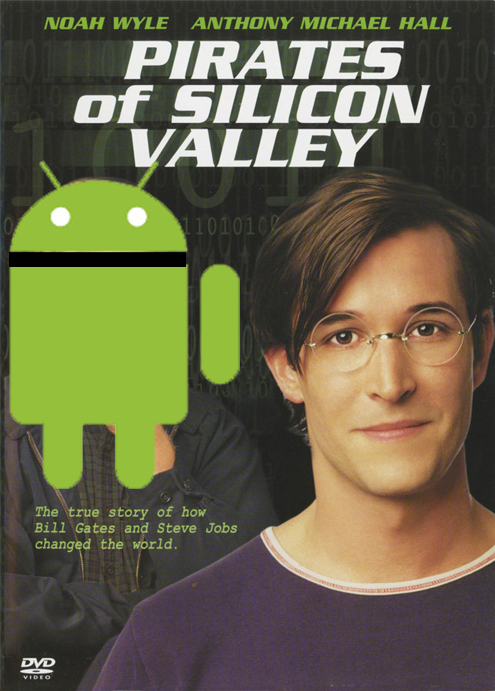 If you're old enough to have been around in the 80s, or have seen Pirates of Silicon Valley then you are familiar with the rise and fall of the original Apple dynasty.

The basic timeline is as follows: Apple releases awesome new product; people love said product and go nuts. Apple forces an integrated, closed system while Microsoft developed its own similar software and sold it to everyone and their grandmother. Developers say: "OMGZ, teh platform is so big yo" and join the obviously more lucrative, although arguably mediocre platform. Apple cries, and Steve Job is eventually forced out.

Today, Apple might have to break out the tissue once again. The company's highly successful iPlatform is the platform of choice for the latest wave of pocket computer/smartphones. The iDevice platform has so far been dominant in the market, not only in sales but also with the number of apps developed for the platform. Unfortunately for Apple, the Android market is set to hit 100,000 apps this month; with no signs of slowing down.

Apple's iPlatform, while groundbreaking and revolutionary, is still locked to only its devices. Hardware, software, and distribution are all controlled strictly by Apple. Conversely the Android platform offered by Google is not locked to any single device. HTC, Motorola and even Sony Ericsson all provide hardware that is capable of supporting Android. Furthermore, Google is offering the software to any manufacturer or developer that wants it, thus mimicking Microsoft's actions during the 80s. Apple seems to be oblivious to the impending threat of historical precedent, this time with Google set to put them out to pasture.

The market has changed over the past 30 odd years as well. Rather than earning royalties through a product license like Microsoft, Google is an advertising behemoth. By providing its platform at no cost, Google's advertising penetration is being spread at an unprecedented level. With Google Ads being served to each and every device, Google's revenue stream will continue to grow. Developers also get their share by incorporating these ads and thus the web advertising environment is now portable.

Apple is currently trying to ride the wave of a premium exclusive device, but even this can only last so long. As Android devices continue to narrow the gap quality/performance divide, Apple's high-margin/ superior-product policy will be continue to be undercut by similar and competitive Android devices. This is already quite visible in the PC world, where Apple is still considered a niche manufacturer and only holds a small slice of the entire hardware pie.

Thankfully for Apple, Android still has a long haul on the road to ubiquity. Currently a fragmented OS based on a common core, Android will have to become more standardized across devices in order to present a common face to the industry. Standardized platform development, combined with open hardware/software/distribution policy is an almost exact replica of the method used to create the Windows monopoly. If Google can rectify its fragmentation, its growing marketshare will inevitably surpass Apple's. This time around however, Apple has sheer volume on its side. If Apple can continue to ship units at its current pace, solve the ongoing issues with its latest product, iPhone 4, and maintain its overall momentum, the market will support more than one single platform.

History repeats. The first time a tragedy, the second a farce: Apple still has a chance to identify its previous mis-steps and prevent a total --and possibly irrevocable-- crash this time around.