The 'freemium' model has proven to be a huge success, both for app developers and consumers, although not everyone is happy with the way that it works. Freemium apps are available to download free of charge, but access to certain features is restricted. Depending on how the developer sets things up, users may be able to purchase the 'full' version of an app for a one-time fee, or may otherwise be encouraged to buy access to individual features through in-app purchases.

It's the latter option that has led to some complaints, particularly among parents concerned that their children are being targeted with the promise of free software that later encourages them to spend large amounts of money on new features and upgrades. Some purchases can be automatically debited from the credit card of the device owner and there have been numerous examples of children running up bills of thousands of dollars for game add-ons.

The European Union has been looking into this in recent weeks, asking both Google and Apple to address these issues in their respective app stores.

Google has now said that it will stop using the word 'free' to describe games with in-app purchases, as well as introducing specific guidelines for developers to prevent them from targeting children and encouraging them to buy more. These changes will be implemented in late September, but while Google has responded with a commitment to action, the EU has expressed disappointment that Apple has so far failed to do so. 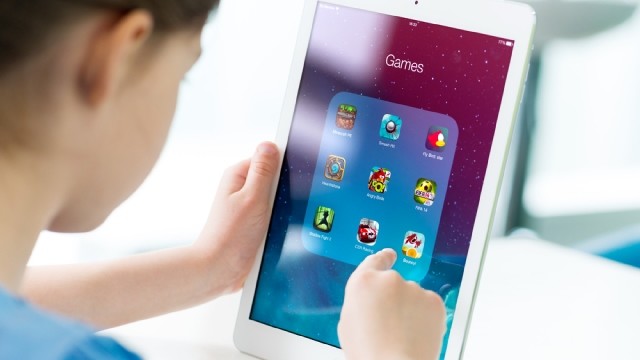 In a statement to Engadget, Apple pointed out that it already has rigorous parental controls available on its devices, and that its App Store clearly flags software with in-app purchases. It also drew attention to the 'Kids Section' of the App Store, which it says offers "even stronger protections to cover apps designed for children younger than 13."

In iOS 7.1, the company also added alerts displayed after an in-app purchase is made, warning that further payments may be debited for the next 15 minutes without entering the account password again. Apple only added this feature after a class-action lawsuit was brought against the company by irate parents.

Apple added in its statement that its controls "go far beyond the features of others in the industry. But we are always working to strengthen the protections we have in place". It also said that it "will continue to work with the EC member states to respond to their concerns."

The European Commission said it was 'regrettable that "no concrete and immediate solutions have been made by Apple to date to address the concerns linked in particular to payment authorisation, [but] Apple has proposed to address those concerns. However, no firm commitment and no timing have been provided for the implementation of such possible future changes", unlike Google, which has set out its planned compliance schedule as described above.