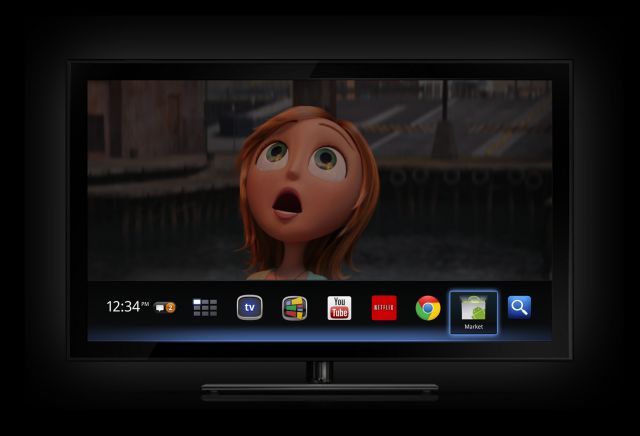 Google's executives have a vision of what television and the Internet can be like if they were merged together in one big screen device for the living room. In 2010, it offered up the first version of Google TV, software designed to be licensed to television and set-top makers. The general idea was to give consumers a way to offer a seamless way to access video and other Internet content on your TV.

Sony was the only one of the major TV makers to offer Google TV inside its products, via a line of its Bravia televisions. Logitech also jumped on the Google TV bandwagon with the Revue, a set-top box that gave anyone with a TV set a way to access what Google had planned for the industry.

The good news: Google TV 1.0 worked. The bad news: It didn't work very well. The interface itself was a mess of different screens for different functions. Performance was terrible with long load times for simple web browsing and for running web-based videos from services like Google's own YouTube. In short, it was a chore to use. Many people who bought the Sony TVs, myself included, on the promise of Google TV ended up not using its features at all.

It turns out that I wasn't alone. Logitech had almost no sales of its Revue box for its $299 price point. In July 2011 it cut the price down to a mere $99. Just last week, the CEO of Logitech said that the company made a huge mistake with the Revue and called Google TV "beta" software. The company is now no longer in the Google TV business.

These remarks came just a few days after Google released its first major revamp of the Google TV software to the Sony TV units (the remaining Revue boxes are supposed to get the update in the near future). I've been playing with the new Google TV user interface and its new features and while it's certainly an improvement it still needs a lot of work before it becomes a true extension of the Internet for TVs.

One of the most welcome features is the new user interface. When Google TV 2.0 is launched you see a small bar with icons at the bottom of the TV screen instead of a bunch of words and menus that block most of the TV screen's view. Scrolling through the icons brings up more features such as online video, a downloadable app marketplace and more.

The new version is a huge improvement for simple web browsing on your. Google TV 2.0 offers up a much better experience in terms of faster load times on screen with the number of crashes and stalls cut down as well. It also adds bookmarks, a rather basic feature that the first edition of Google TV didn't have.

The video experience has also gotten a makeover. One very cool feature is a search button that allows you to search for a particular TV or movie. The new interface brings up that movie, when available, with info on when it will air on your cable TV provider as well as offering ways to stream it via Netflix or download and rent it on Amazon's video service.

The biggest change is the Google TV app store where you can download and install a number of apps, some made exclusively for the Google TV environment. Most of the other apps were made for the Android OS and as usual there are some odd choices to pick from, including some that were clearly made for Japan and other Asian countries.

Sony's Bravia Google TV comes with its own remote control that is very hard to use. It has a small keyboard for typing in things like URLs or if you want to post to Facebook or Twitter but it's cramped and hard to use. Thankfully, Google has provided iOS and Android smartphone users a way to control any Google TV device with a free touch screen app that turns your smartphone into its own remote control. It's much better than Sony's hardware solution.

But while Google TV 2.0 is a clear improvement over the first release of this software, it still hasn't found a way for me to actually want to use it as a true complement to my Sony Bravia TV. Part of the problem is that even with the Google TV smartphone app, it's still difficult to sort through the various choices that Google TV gives you. The UI is cleaner and better organized but it's still hard to get to the menus and features.

In short, Google TV 2.0, even with its vastly improved layout, suffers from the same problems that all TV-Internet hybrids have had to deal with. You have to be able to create a smooth and easy way to manipulate the UI that's provided to you, no matter how shiny or new the user interface is.

Google might want to take some lessons from the game console makers like Microsoft, Sony and Nintendo. They understand the need to not only make a well designed UI for their machines but their various controllers make it much simpler to get to the nitty gritty of the console's features. Indeed, Xbox 360 owners who own the Kinect sensor accessory will soon be able to access the new dashboard update just by moving their hands.

The fact that Logitech has given up on making new Google TV Revue boxes (they still plan to update the Revue with the 2.0 version in the near future) shows that Google still has some work to do to convince hardware makers to accept their software. Google's efforts are not helped by the fact that other TV companies like Samsung and LG have come up with "smart TVs" that have their own users interfaces to access Internet apps. One LG TV I saw recently even had a WiiMote-like motion controller to go through the UI and even play a couple of simple games that are in the TV's software package.

The bottom line is if you own a Sony Bravia Google TV device, the 2.0 update is better but you still won't be using it a lot. There's no need to go out of the way to purchase a new Sony Google TV, either.