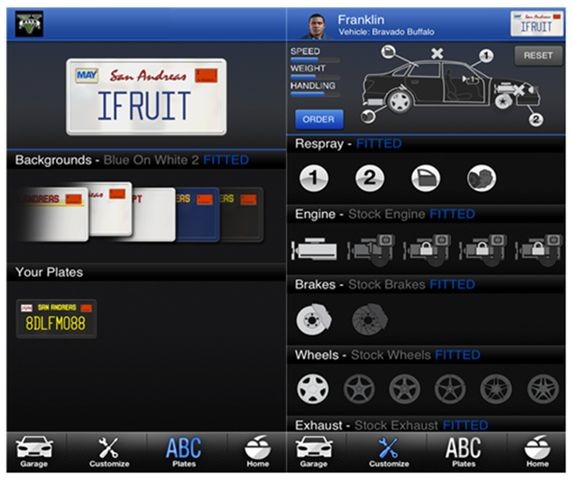 After launching the Android port a few weeks ago, Rockstar has finally added the Windows Phone 8 version of Grand Theft Auto: iFruit to the Windows Phone Store. Like the iOS and Android versions, this app adds two new ways for GTA V fans to experience more of the game. In a post on the Fire Hose blog, Microsoft states that one of them lets users customize their vehicles in the game. It states:

You can order personalized plates, change paint jobs, choose window tints, wheels, hoods, spoilers and more. You can also take care of Chop the Dog, your virtual sidekick. Pet him, take him on walks, give him food and water, play fetch and tug-of-war and make sure you pick up after him. Looking after Chop gives you benefits in “Grand Theft Auto V”: he’ll be more helpful and responsive and sniff out the nearest hidden items.

Rockstar also promised that the game's manual would be released in a Windows Phone version but so far the company has yet to make that manual available for that platform.