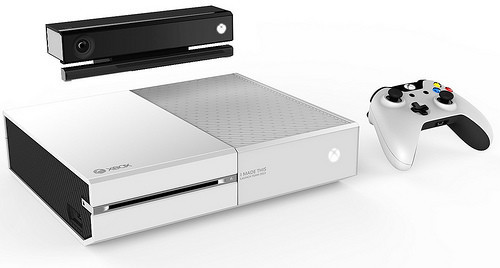 Microsoft's Xbox Live's programming head Larry "Major Nelson" Hryb placed a rare white Xbox One on eBay last week, with the goal of raising money for the Wounded Warrior Project. The auction has now ended and the unnamed winning bidder paid $11,300 for this version of the Xbox One a few days before the regular versions of the console launch on Friday.

The unknown bidder will likely be happy to know that the winning bid will be going to help this worthy charity, designed to "honor and empower wounded warriors by raising awareness, helping injured service members aid and assist each other and providing programs and services to meet the needs of injured service members."

The white Xbox One itself is being given to employees that work in Microsoft's Interactive Entertainment division, which the Xbox business is a part of. In addition to the white color on the console and the controller, it has a label, "I Made This", that's placed to the right of the disc bay. It also comes with one free year of Xbox Live Gold and free copies of all of the Xbox One launch games that are being published directly by Microsoft. It even comes with its own exclusive code to unlock a special Launch Team Xbox Live achievement.