Whether you're a fan of HTC or not, it's almost impossible not to feel a little sorry for the company. It's widely acknowledged to have crafted and developed the best Android flagship - and perhaps one of the best smartphones - on the market in its One M8, but despite high praise for the device, it has never quite managed to capture the top spot that many believe it deserved.

Indeed, the One M8 is an utterly beautiful handset, exquisite to look at and to touch. Whether it's running Android or Windows Phone, it has managed to put many of its rivals to shame - not just in its aesthetics, but also in its impressive all-round performance. 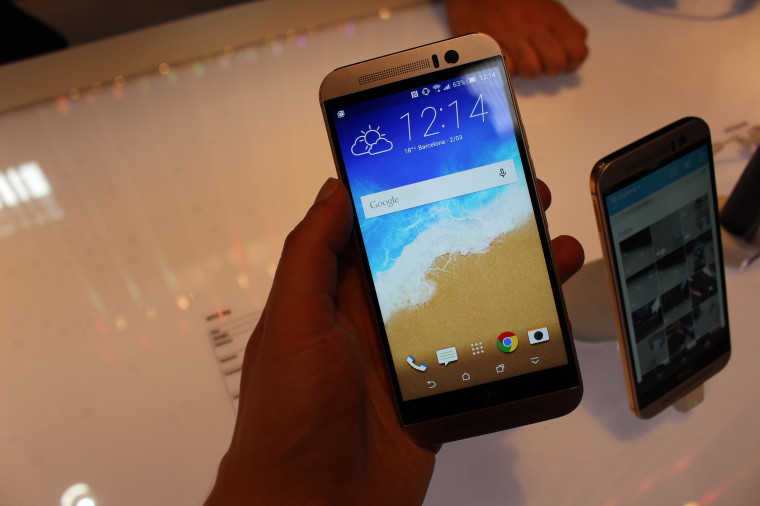 But the M8's days are now numbered. Over the weekend, just ahead of the Mobile World Congress - which officially kicked off today - HTC unveiled its new flagship handset, the One M9. Today, I had some hands-on time with the new device - not quite long enough to make a truly thorough assessment, but plenty of time to form some first impressions.

If you weren't a fan of the One M8, you're unlikely to be won over by the M9. Personally, I've always thought that the M8 is one of the most attractive devices on the market, and if you share that view, you'll probably be pretty happy with its successor.

Indeed, the One M9 is a fairly gentle evolution over its predecessor - perhaps a little too tame for some buyers' tastes, at a time when rivals such as Samsung are pushing the boundaries of their flagships in new and exotic ways. 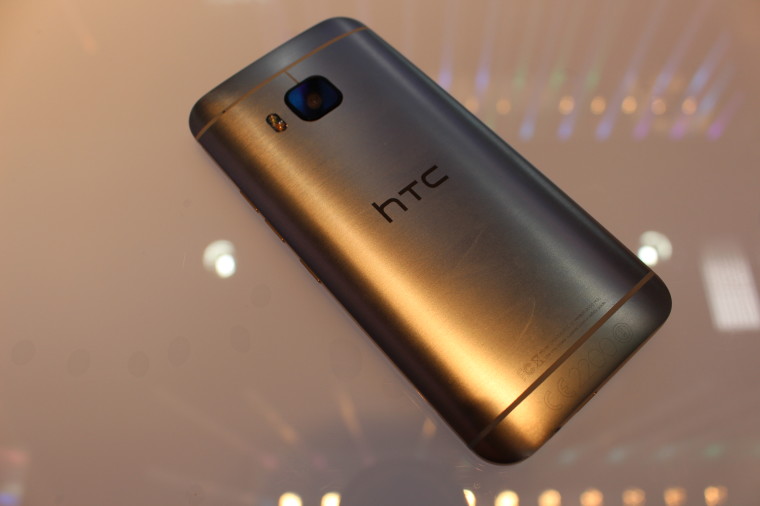 I'm not convinced that this evolution has been entirely successful either. I find the 'dual-tone' bodywork of the silver and gold handset to be rather unpleasant, frankly - like it's trying too hard, but not quite hitting the spot.

Still, the One M9 is surprisingly light for its size and specs, weighing in at 157g - although at 9.6mm thick, it's not the sleekest of flagships, and it will look thoroughly chunky alongside an iPhone 6. 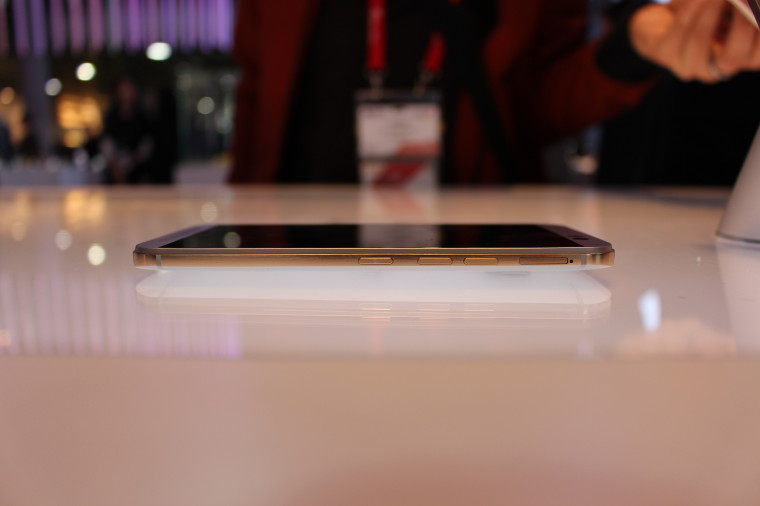 But the M9 manages to squeeze some impressive tech into its body. Arguably the most important is its display - screw up the screen when you're developing your device, and you may as well just bin the whole thing. A company like HTC knows this only too well, so the One M9 gets an impressive and vibrant 5-inch panel with 1080p resolution - not as pixel-packed as the new generation of ultra-high-res displays, but more than adequate, while still ensuring that your battery doesn't splutter to a halt long before you expect... or so one hopes.

Like so many aspects of the handset, we'll have to wait until we can get our hands on a review unit before we can properly assess the full capabilities of the One M9 - and that includes its battery life. The same applies to the performance of the rest of its cutting edge specs. 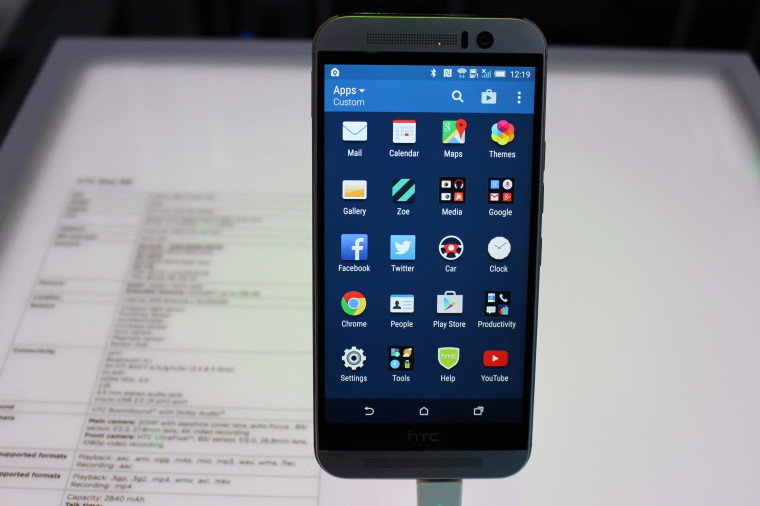 The M9 promises a truly mighty user experience, with an octa-core (yes, EIGHT cores) Snapdragon 810 processor and 3GB of RAM. Needless to say, the handset struggled with absolutely nothing while navigating through the HTC Sense user experience (based on Android 5.0.2 Lollipop), and while exploring some of its pre-installed apps.

However, there's just no way to deliver a verdict on the One M9's performance at this stage. We'll need to really push this thing to the limits to see just how well it can handle itself. For now, though, let's just say that the One M9 is no slouch. 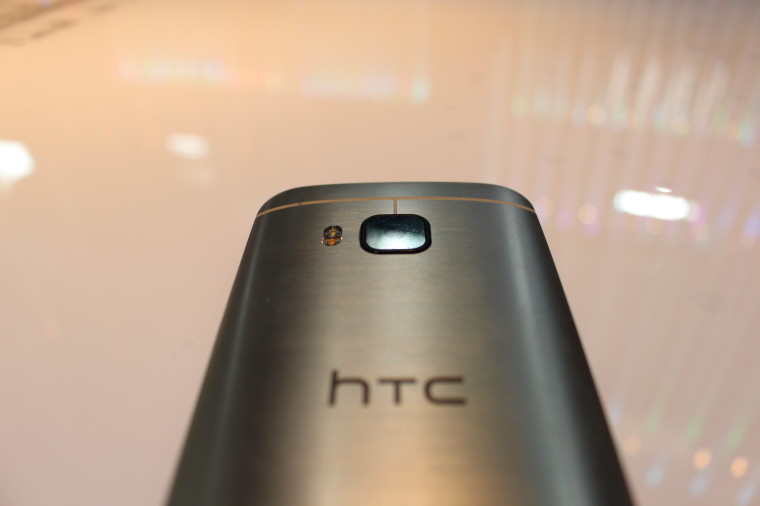 Likewise, apart from a couple of quick photos taken on HTC's stand at Mobile World Congress, there wasn't much of an opportunity to flex the muscles of the One M9's 20-megapixel camera.

However, it's worth mentioning that a couple of quick photos that I took of the Fira Gran Via conference center came out rather well indeed (albeit remaining trapped on the device), with a surprising amount of detail captured well into the background, along with rich color and decent contrast, despite the haphazard lighting of various companies' stands causing some rather unusual visual conditions. 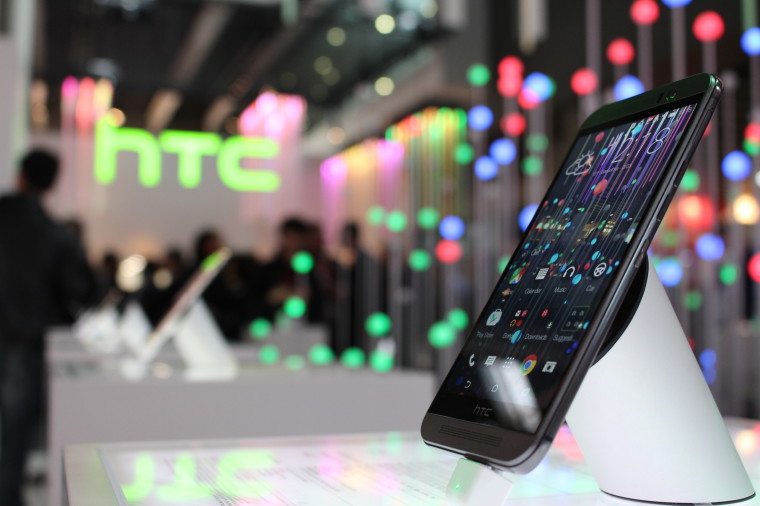 With the exception of that dual-tone bodywork, which hasn't exactly won me over, the One M9 managed to leave me with an overwhelmingly positive impression. It's a stunning handset, and promises truly fierce performance across the board.

I can certainly understand the feelings of those who criticize HTC for choosing a path of evolution, rather than revolution, for its new flagship. But just as with its predecessor, there's an air of something rather special about the M9, something that hints at the possibility that HTC may have just created the best Android flagship once again.

Frankly, I can't wait to get the chance to put that potential to the test.