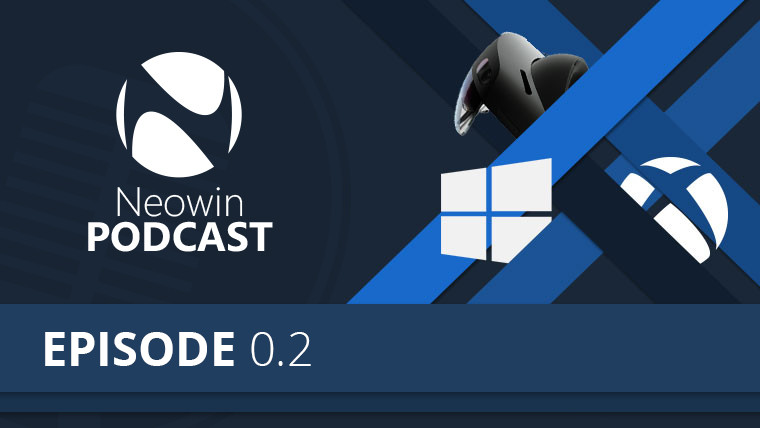 Welcome to the second beta episode of the Neowin Podcast, the weekly show where Rich Woods and João Carrasqueira talk about the biggest Microsoft and tech news of the past week. With a rather slow news period for the past few days, we turned some of our attention to the upcoming developer events from Microsoft and Google - Build and I/O. We also talk about the slow rollout of Windows 10 version 1809 and the new HoloLens 2 Development Edition.

Before you jump into this week's episode, here's a rundown of the news we talk about, so you can get some context:

Episode 0.2 is available on SoundCloud and embedded below. We're also looking to make it more accessible to everyone using dedicated podcasting apps such as Pocket Casts, so you can now add this RSS feed to your app of choice:

This means that new episodes will now be delivered to you automatically as they're released. We tried it and it's working with Castbox for Android, but let us know if you have any trouble. Without further ado, here's the episode:

Leave your opinions and feedback in the comments below, and stay tuned next week for the first episode following Microsoft Build and Google I/O!