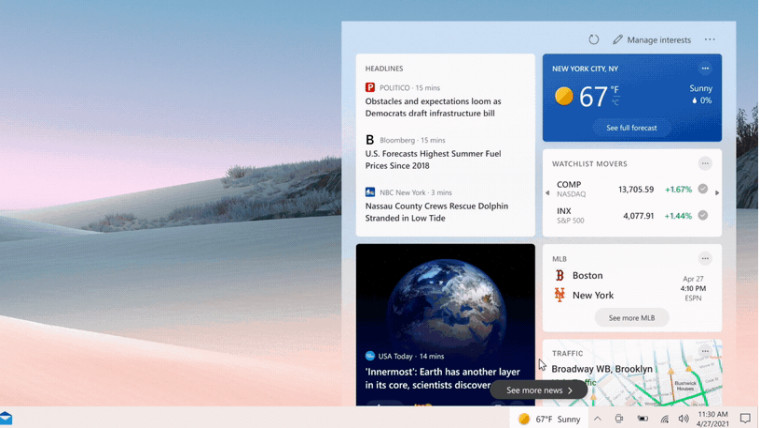 Last night, Microsoft officially announced that it will be rolling out News and Interest to Windows 10 users in the coming weeks.

In case you don't remember, Microsoft officially announced News and Interest in January 2021. The feature was later rolled out to Windows Insiders in Dev channel. It is essentially a news feed that sits on your taskbar and lets you access news headlines, weather information, watchlists, and sports updates. However, if you are not interested in using it, then you can easily turn it off by following the steps below:

Apart from turning off the widget, Microsoft also provides some handy options to customize the widget. The options include reducing the widget size to just an icon, thereby hiding the weather information. The company also allow users to reduce taskbar updates as well as disable 'Open on hover' which will require users to click on the icon to open the widget. Lastly, users can also choose news sources so they can follow their favourite media outlets.

Microsoft has confirmed that News and Interest will be an ad-free experience, and that it's going to evolve over time based on user feedback.