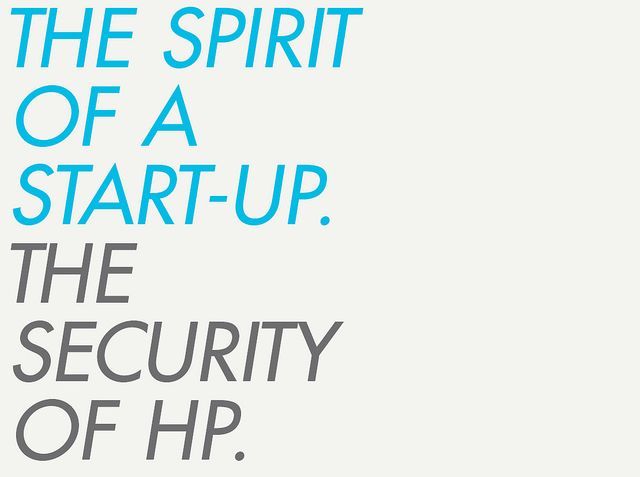 In August, HP shocked the tech world when it announced that it was seeking alternatives for its massive PC business. Later the company confirmed that it would prefer to spin off its PC divisioin into its own company, rather than sell it off to another PC maker. Now HP is doing something a little different. It is running ads in major newspapers that attempt to explain to the public that even as a spin-off it would still be the world's largest PC maker.

HP's own Next Bench web site posted a copy of that newspaper ad this week along with a link to a new HP web page where it further explains the reasoning behind their spin-off preference. The ad itself says that HP's PC division alone would still be a $40 billion company if it were a separate entity and that HP still sells two PCs per second around the world. HP feels that having the PC business as a separate company would allow it to be "a more agile organization to help us better anticipate change and quickly respond to customers."

On HP's new "PC Matters" web site there are quotes from Microsoft, AMD and Intel executives who, at least on the surface, seem to support HP's decision. Microsoft's Steven Guggenheimer, the CVP of Microsoft's OEM Division, said, "Microsoft continues its close collaboration with HP's PC business division. We look forward to bringing great products to market that serve our mutual customers worldwide."

HP is currently making its own internal review of the PC business and is expected to make a final decision on its fate by the end of the year. If HP decided to go ahead with the spin-off it said it could take between 12 to 18 months to complete.