At Samsung’s IFA event today, the company unveiled two new high-end products to contemplate their existing line-up of Android devices. The first is the Samsung Galaxy Tab 7.7, which like the Galaxy Tab 10.1 and Galaxy Tab 8.9 runs Honeycomb (Android 3.2 in this case with TouchWiz UX). As you would expect it packs a 7.7-inch 1280x800 Super AMOLED Plus display for vibrant colors and fantastic viewing angles. 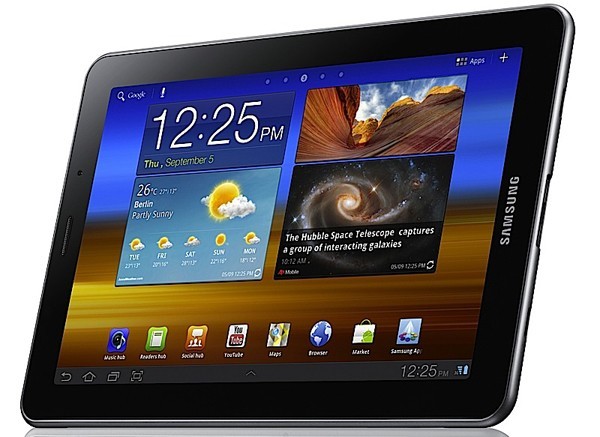 Internally the device has a 1.4 GHz dual-core processor (the Samsung Exynos chipset) along with 1 GB of RAM and the Mali-400MP GPU that powers the Galaxy S II. You get between 16 GB and 64 GB of internal storage coupled with a microSD card slot, 3 MP rear camera plus LED flash with a 2 MP front-facing, Bluetooth 3.0, 802.11n and a HSPA+ radio with GPS. The device is just 7.9mm thick and weighs in at 355g coupled with the 5,100 mAh battery (rated at 10 hours of use).

The Samsung Galaxy Note is the other device to come out of IFA today. It packs a sizeable 5.3-inch 800x1280 Super AMOLED display that will respond to an included pen/stylus known as the “S Pen” – hence the Note name. Like the Galaxy Tab 7.7 it packs a Samsung-made 1.4 GHz dual-core Exynos processor with 1 GB of RAM but comes with an 8 MP rear camera with flash capable of 1080p recording and a 2 MP front camera. 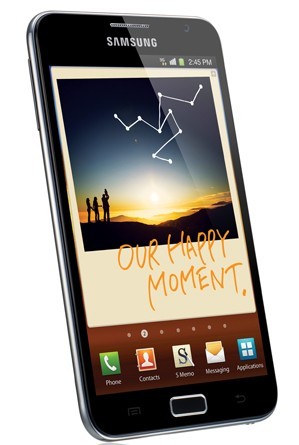 Other specs for this device, whether it’s a large smartphone or small tablet, include Bluetooth 3.0, HSPA+ radios with GPS and WiFi, microSD card slot, a nice and large 2,500 mAh battery plus a form factor that sees it at only 9.65mm thick. It will be running Android 2.3 Gingerbread with Samsung’s TouchWiz UI, and thanks to the S Pen it will be able to use special apps designed for the device such as the Virtual Whiteboard and S Memo note-taking app. To make more use out of the pen, Samsung will also be releasing the S Pen SDK for developers.

Neither of these devices have definitive prices or release dates, but they are expected to be released before the end of the year.