As the official October 18th launch date for Windows 8.1 gets closer, more PC makers are revealing what new models they will have ready to go on or near that date. Today, HP offered up more information on its fall PC models, including one that will have the recently launched Leap Motion gesture control add-on hardware built into a laptop.

Leap Motion and HP first announced their partnership in April, and today HP said that a new version of the HP ENVY 17 will have the Leap Motion sensor embedded near the laptop's wrist rest area on the right of its trackpad. The notebook itself will have a fourth generation Intel Core i7 CPU, up to 8GB of RAM and storage options of up to 1TB for a hard drive. There's also an option for a dedicated NVIDIA graphics chip. The ENVY 17 Leap Motion Special Edition goes on sale in mid-October for the starting price of $1,049. 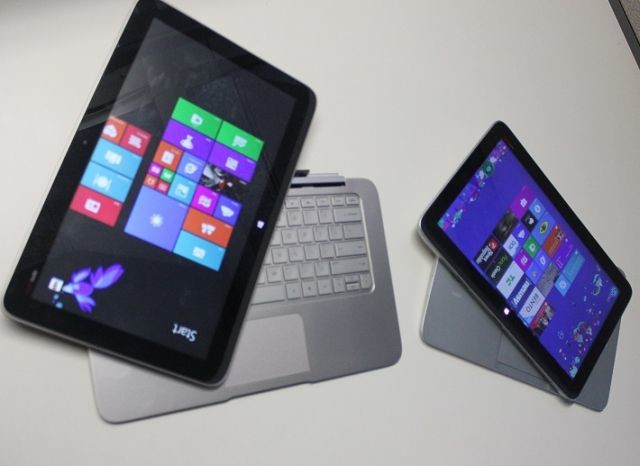 The PC maker also revealed the new Spectre 13 x2 and Split 13 x2 models. Both of them are 13.3 inch Windows 8.1 tablets that have keyboard docks, but the Spectre 13 x2 is the slimmer and lighter of the two models and has no optional hard drive in its keyboard base like the Split 13 x2 keyboard has. There are no fans in either tablet and both have Intel fourth generation Core processors. The Split 13 X2 will have a starting price of $879.99 while the Spectre 13 x2 starts with a price of $1,099.99. Both will be out in mid-October. 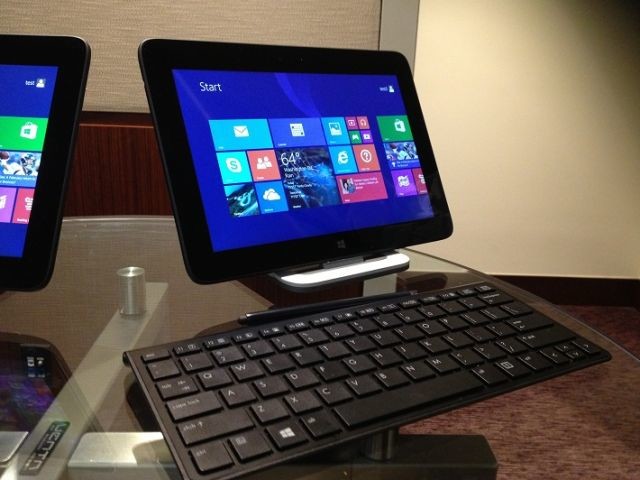 Finally, there's the upcoming HP Spectre 13 Ultrabook, with a 13.3 inch screen supporting up to 2560x1440 for its resolution. It weighs 3.25 pounds but will have Intel's fourth generation Core CPU inside, up to 8GB of RAM, and up to 256 GB of SSD storage. Battery life is supposed to be up to nine hours. It also has a large "HP Control Zone" trackpad that has dedicated, texturized zones on both sides; this is supposed to make it easier to handle touch gestures on Windows 8.1, and that will go on sale in mid-October for the starting price of $999.99