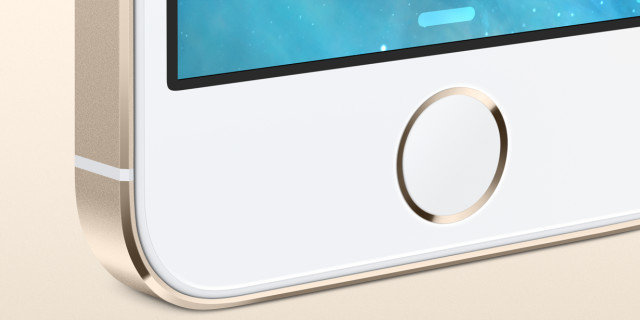 The 5s now features a Touch ID sensor, in place of the iconic Home button.

Yes, it's not quite sex, drugs and rock & roll for whoever is the first to crack the fingerprint sensor, but over $2800 in cash and around $720 in Bitcoins, as well as various types of alcohol - and even a dirty sex book - are on offer.

@nickdepetrillo @thegrugq I'm in for $100, a dirty sex book, and a bottle of Bulleit Bourbon. #istouchidhackedyet

The istouchidhackedyet site has put together a page allowing people to make the donations, and even asks for a minimum of $50 to be added (although this doesn't appear to be a requirement). So far around forty people have donated, making pledges via Twitter by using the #istouchidhackedyet hashtag.

The terms are simple, all you need to do is provide video evidence that a fingerprint can be lifted (from a beer glass for example) and be able to use that fingerprint to unlock the 5s within five attempts.

As you may know, the new security feature, which had been much hyped in rumours, is Touch ID, a fingerprint sensor built in to the home button, which replaces passwords around the whole system, including in the iTunes Store. It has a 500ppi resolution and 360 degree readability. It would allegedly be hard to 'hold it wrong'.

But can it be cracked before the 5s starts becoming widely available? Well, it's worth considering that the technology baked into the fingerprint sensor is more sophisticated than you may realise. In an article on CITEworld, Mary Branscombe explained:

The sensors... can detect the ridge and valley pattern of your fingerprint not from the layer of dead skin on the outside of your finger (which a fake finger can easily replicate), but from the living layer of skin under the surface of your finger, using an RF signal. That only works on a live finger; not one that's been severed from your body.

This will protect you from thieves trying to chop off your finger when they mug you for your phone (assuming they're tech-literate thieves, of course), as well as from people with fake fingers using the fingerprint they lifted from your phone screen."

Still, that's probably not going to stop people from trying - especially with the promise of booze, riches and naughty literature to motivate them.