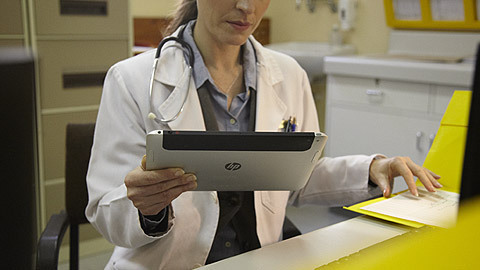 A few weeks ago, we reported that people who purchase a new Falcon Northwest Windows 7 PC would be able to get a refund on Microsoft's $14.99 Windows 8 upgrade, effectively making that update free. Later, one of Neowin's readers pointed out that the Staples retail store chain is offering a free $15 Visa gift card for all Windows 7 PCs bought in its stores and online between now and November 17th.

Now the world's largest PC maker, HP, has quietly announced it will also refund the $14.99 Windows 8 upgrade price for people who buy select new Windows 7 PCs from now until February 2, 2013. The offer is for US and Canadian residents only. The offer covers HP's notebooks and desktops, including its Envy, Spectre, Pavilion, Compaq, and its all-in-one PCs; the HP Mini is not included in this deal.

Online submissions for this rebate will begin on October 26th and will end on March 31, 2013. When the submission page goes live, HP PC buyers will have to submit scanned images of a dated invoice with the purchase price circled. The original UPC/serial number bar code label and Microsoft's Windows 8 upgrade email receipt and customer promotion code must also be included in the promotion.

We plan to contact other major PC makers such as Dell, Lenovo, Acer, Toshiba and Asus to find out if they will also over a similar refund offer.