A bit over a week ago there was a leak regarding some of the major specs of the Huawei Mate 20, with indications of two other models, the Mate 20 Pro and Mate 20 Lite, discovered in the firmware files. According to the investigation, the Mate 20 is expected to have a relatively large 4,200mAh battery, slightly larger than the 4,000mAh unit found in the Mate 10 released last year. 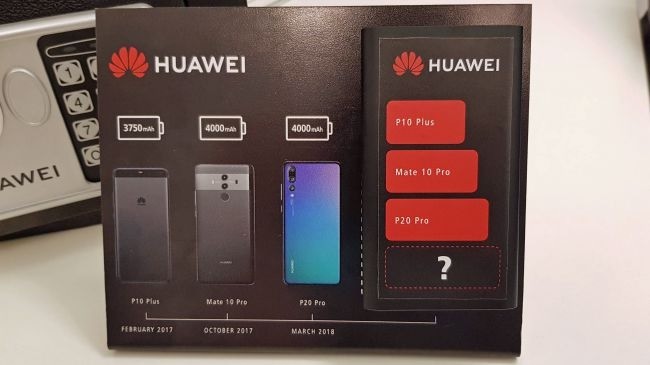 But, turning attention back to the Mate 20 Pro, it might end up sporting a larger battery if it ends up being the next major smartphone to be released by the company. Printed on a flyer retrieved from within a promotional safe sent out by Huawei was a lineup of three top-end Huawei handsets along with their corresponding battery capacities while the right-hand side features four rounded rectangles printed on a label affixed to a Shinngo portable 4,000mAh battery.

Speculatively, the red bars could be interpreted as an indication of general battery life, with a yet to be released device besting the pack. However, whether or not the diagram itself is enough to support the notion of a larger battery in the Mate 20 is up for debate but we may not have to wait too long to find out for sure if the device ends up being shown off at IFA at the end of the month.