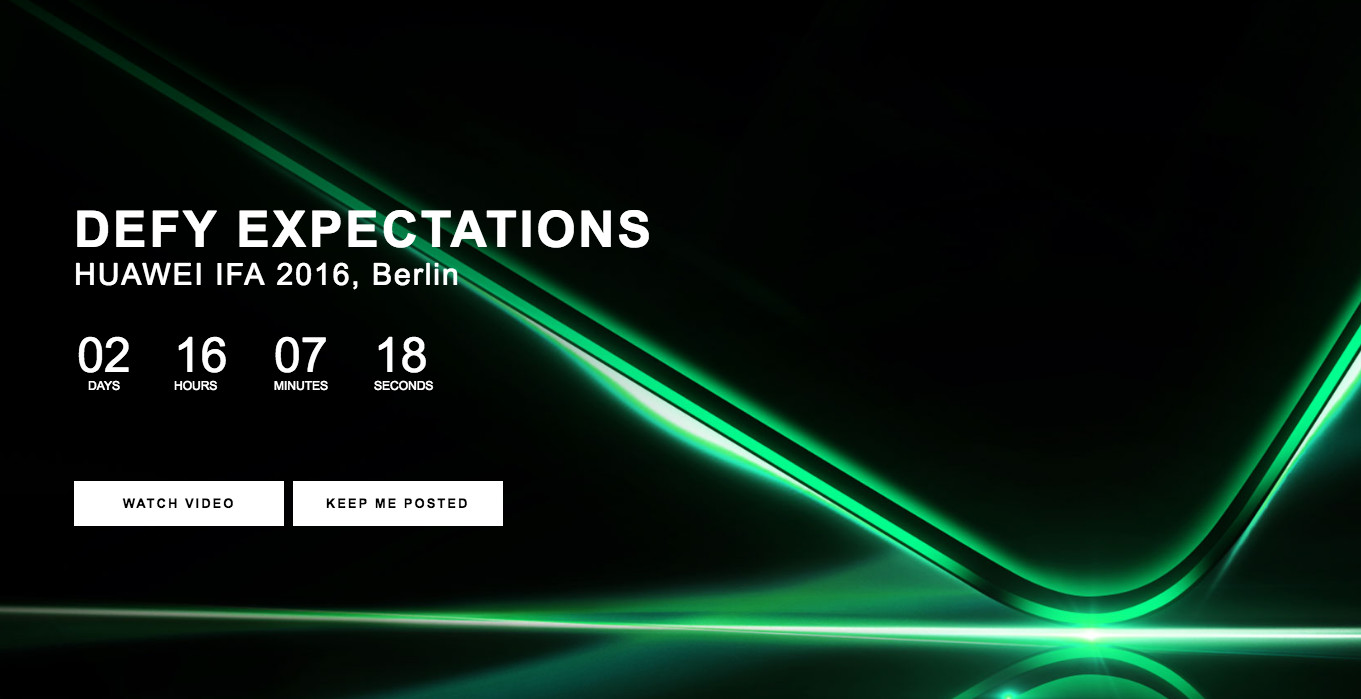 While the US has CES, Berlin has IFA. IFA is one of the larger consumer electronic shows in the world and Huawei has dropped a hint via Twitter that it would be announcing something new at this year's show.

Today, Huawei revealed the image above with the hashtag "defy expectations" via Twitter. While it doesn't look like much, it's probably safe to say that Huawei is planning to reveal a new handset. The silhouette image doesn't give us much to look at, but looks to be the rear of a device - offering a glimpse of what looks like a camera and flash module. The second image located on Huawei's site is a bit more generic and could be the front display.

Huawei does have a related video that can be viewed above, but it doesn't offer much in terms of device teases. Although IFA officially starts on September 2nd, it looks like Huawei could make an early announcement in the next couple days.