Last year, Indian technology brand iBall launched its first Windows device, the 8-inch Slide WQ32 tablet, which was followed a few months later by the company's first Windows Phone, the Andi 4L Pulse. iBall has now unveiled a new addition to its Windows range - and it's a very affordable one indeed. 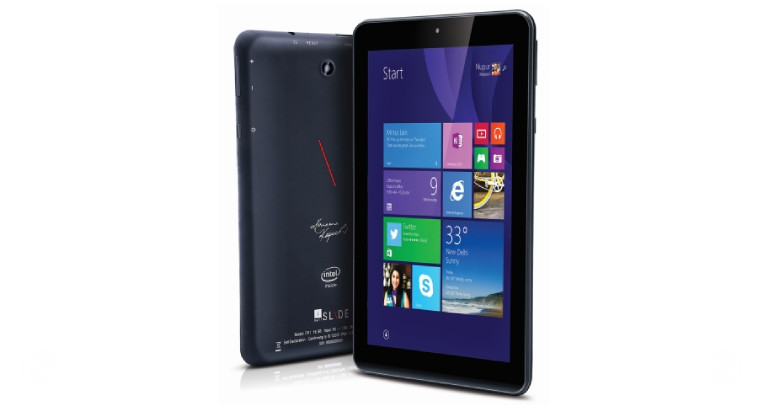 The Slide i701 features a 7-inch IPS LCD with HD resolution, along with these other key specs (note: some spec details have not yet been clarified):

Those aren't exactly high-end specs, but the iBall Slide i701 isn't intended to compete with flagship tablets, and its tiny price tag reflects that. While the company's earlier WQ32 tablet was priced at Rs.16,999 INR (just under $270 USD), the Slide i701 costs less than a third of that - just Rs.4,999 (roughly $79).

iBall director Sandeep Parasrampuria called it "the world's most economical Windows tablet ever", adding that the company is "sure every customer will be delighted with this offering!"

And there's even more value to the device than just its low cost. It also comes with a free one-year Office 365 Personal subscription (including 1TB of OneDrive storage), a free HDMI cable worth Rs.699, and three interchangeable 'vibrant protective covers' worth Rs.599.

The Slide i701 is available via leading retailers in India now, and comes with Windows 8.1 onboard, but iBall has confirmed that it will be upgraded to Windows 10 later this year.