Microsoft's Bing 'prediction engine' has enjoyed remarkable success, accurately predicting 15 out of 16 winners in the knockout stage of the 2014 FIFA World Cup, and 95% of the winners in last year's US elections, among other notable achievements.

This year, Microsoft is the official technology partner of the Eurovision Song Contest - and the company believes that it can accurately predict the winner of the contest, ahead of the final which takes place in Vienna, Austria this Saturday. 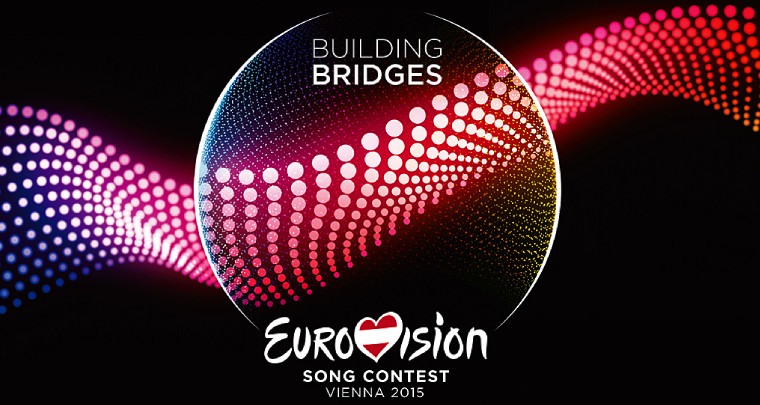 For those that aren't familiar with Eurovision, it's an annual extravaganza in which dozens of member nations of the European Broadcasting Union compete against each other with live song performances, watched by hundreds of millions of people around the world.

The winners are scored by a system of national voting, which combines votes cast by viewers in each country with choices selected by national 'juries'. Each nation then scores the top ten performances from among the other countries, with the first choice receiving 12 points, the second receiving 10, and the third getting 8, with points for the remaining seven countries decreasing by one point each. The individual nations' scoring is then tallied up across Europe to determine an overall winner.

It's something of an in-joke for viewers of Eurovision that voting in the contest is often woefully skewed by political considerations - for example, countries with close ties often award each other high points, regardless of the quality of their respective musical performances - and that makes the task of predicting an overall winner incredibly challenging.

Nonetheless, by analyzing data from social media and across the web, Microsoft is hoping to predict the winner. In a news release a few days ago, the company announced that it believed Italy would be the winner, with an 18% chance, followed by Sweden on 16.1%. However, it added that "the predictions will update regularly to reflect shifting trends taking place online." 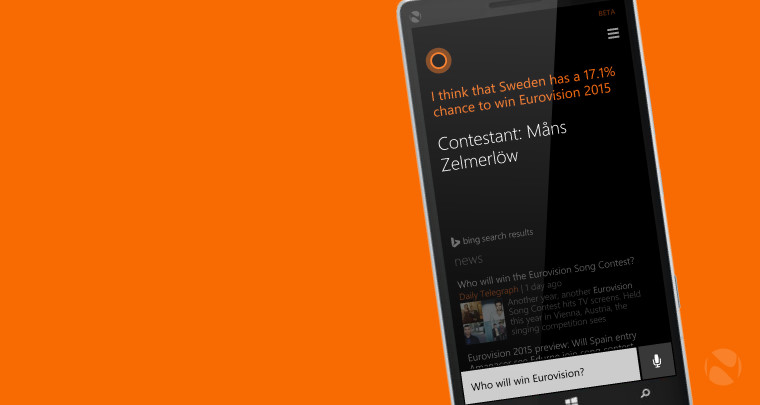 Indeed, since then, the first Eurovision semi-final has been held, and it seems that things have changed a bit when it comes to predicting a winner. If you ask Cortana today 'Who will win Eurovision?', the new favorite is Sweden, with a 17.1% chance.

That may well change again in the hours and days ahead, particularly with the second semi-final taking place tonight, so keep checking back with Cortana and Bing to see if the prediction changes before the final this Saturday. 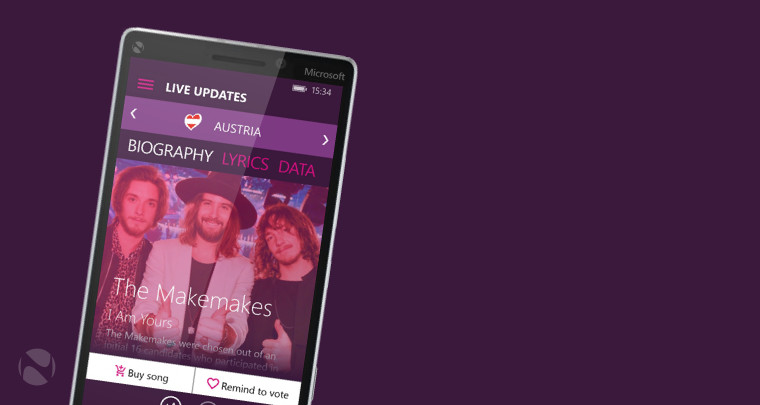 In addition to its predictions, Microsoft is also hosting the official Eurovision Song Contest app on its Azure cloud platform. The app is available on Windows Phone, Android and iOS, and can be used by viewers to submit their votes, as well as providing additional 'second screen' content during the live events, including details on each artist, song and country in the contest.

The company has also provided each of the hundreds of volunteers and delegates working at the event with a Lumia 535, while its Yammer communications tool will help them to stay in touch and keep everything running smoothly.