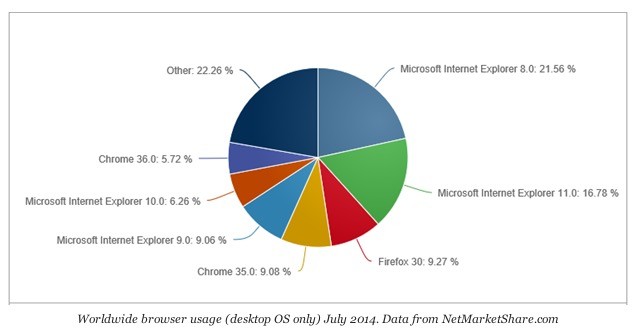 One of the reasons why Microsoft has done so well in the enterprise space is the long support cycles for its software. Windows XP, which was finally put to rest earlier this year, was supported by the company for over a decade. And every so often, Microsoft updates the world on when it will end support for some products; the company has recently announced that IE 8 will no longer be supported after the first Patch Tuesday in 2016.

This means that starting January 13th, 2016, Microsoft will no longer issue patches for the browser and based on usage statistics, the impact will be quite large as Ed Bott notes that over 20% of browsing on the web is done with IE 8 for desktop users. That's a large percentage of the IE user base that will soon have to migrate from the aging platform to a more modern browser. 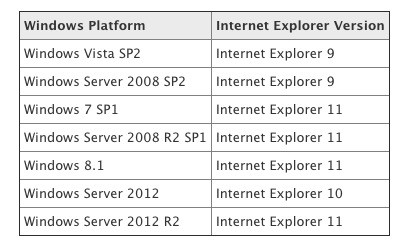 On Windows 7, starting in 2016, you will have to be running IE 11 to still receive updates from Microsoft. For those on Vista, IE 9 will still be supported and while Microsoft doesn't explicitly say, IE 9 will likely be the last supported browser on the platform as it will hit EOL in a few short years.

Microsoft always wants to push users to use their updated software as it is more secure and offers enhancements that improve the browsing experience. The company knows that this is not always possible, mostly in the enterprise space, as new software can render older software incompatible and force the company to either stay with an old browser (the cheaper option) or upgrade the incompatible platforms.

Consider this announcement your first warning that IE 8 for older platforms will be going away in the near future and it's time to start making preparations to upgrade rather than waiting until the last minute and begging Microsoft to extend the deadline.

Source: Microsoft | Thanks for the tip Zlip792