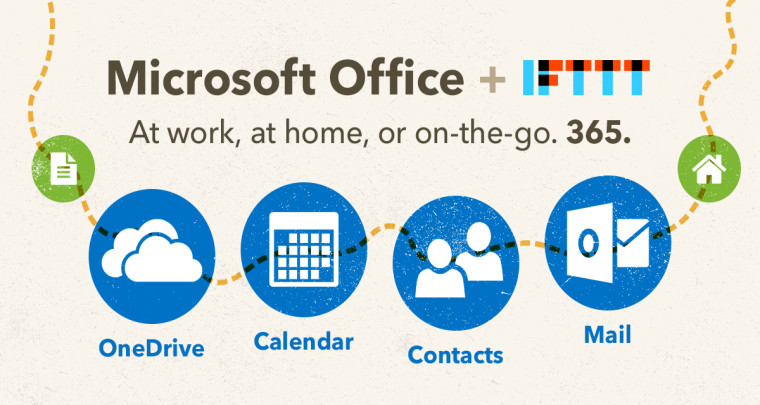 Back in February, Microsoft CEO, Satya Nadella revealed that the Office 365 API was its most strategic offering and expected many consumers to make use of it. Now, the popular online task automation service, IFTTT (If this then that), has announced support for Office 365 channels, which will help users get the most out of the Microsoft services much faster.

Users can link up their Office 365 account with IFTTT and create recipes for tasks they wish to perform on various trigger elements from other services such as Facebook, Instagram among others.

As of now, Microsoft has posted 54 recipes of its own to get users started. These include archival of photos from Facebook or Instagram to OneDrive for Business, notifications for high priority email, reminders, alerts and calendar events. Users can make their own recipes as per need with the numerous integrations provided by IFTTT.