HTC sent out press invites for an event later this month in New York, and all indications are that the company will launch its long-awaited Windows Phone version of the One M8 there. But ahead of that event, scheduled for August 19, an image has already been found of the device on the servers of US carrier Verizon.

Verizon has been rumoured to be the exclusive carrier for the handset in the United States, and the fact that the image - first spotted by PCMag - was found on its servers appears to support its authenticity. For now, the image (below, right) remains available to view via a Verizon URL, but there's a good chance that the pic will be pulled now that the cat's out of the bag. 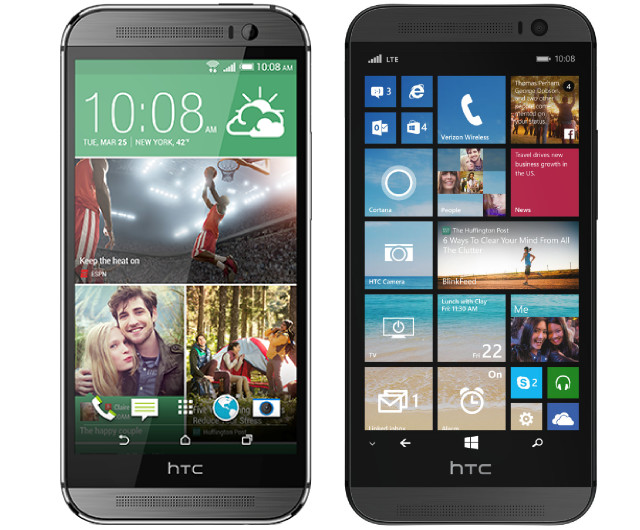 HTC One M8 (left) and the new Windows Phone version (right), in a render found on Verizon's servers

The Windows Phone version is expected to closely mirror its Android counterpart, so specs should be broadly in line with that device. The One M8 features a quad-core 2.3GHz Qualcomm Snapdragon 801 SoC with 2GB of RAM and a 2600mAh battery, along with a 5-inch display with Full HD (1920x1080px) resolution.

The Windows Phone variant recently passed through the GSM certification process in Europe, hinting at a possible international launch.