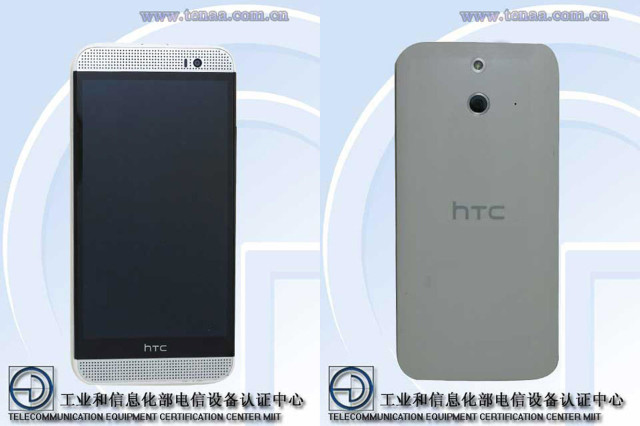 There have been many leaks about the rumored HTC One M8 Ace, which will feature a plastic body but with the same specs as the metal-bodied One M8. Most recently, images of the new smartphone were spotted on the Chinese equivalent of the FCC (TENAA), confirming that other recently leaked pictures of the smartphone were indeed the real deal.

The image above (via @evleaks) shows the bodywork to be made of plastic, unlike the original M8 which is made of aluminum. HTC is trying to aim the device closer towards the mid-range crowd, much like Apple's attempt with the release of the colorful iPhone 5C. BGR reported that the Ace will likely "sell at a significantly lower price" than the Samsung Galaxy S5.

There has been no confirmation from HTC regarding when the Ace might be made available, but ePrice claimed that it is expected to arrive on June 3 with the price starting at $480 in China.