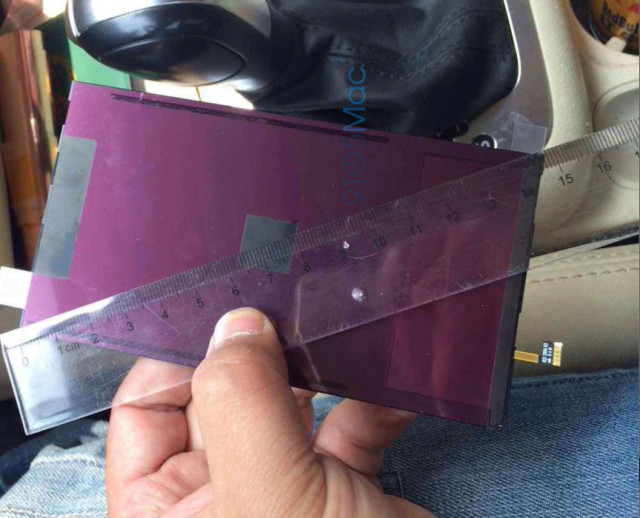 More images relating to the rumored iPhone 6 have been leaked following prior leaks by the same person. Sonny Dickson, the man who posted leaked images of the backplate, which features colors similar to the 'Champaign' iPhone 5S as well as different screen sizes on his Twitter, has recently given more images to 9to5Mac. The new pictures show the screen component for the unconfirmed device. 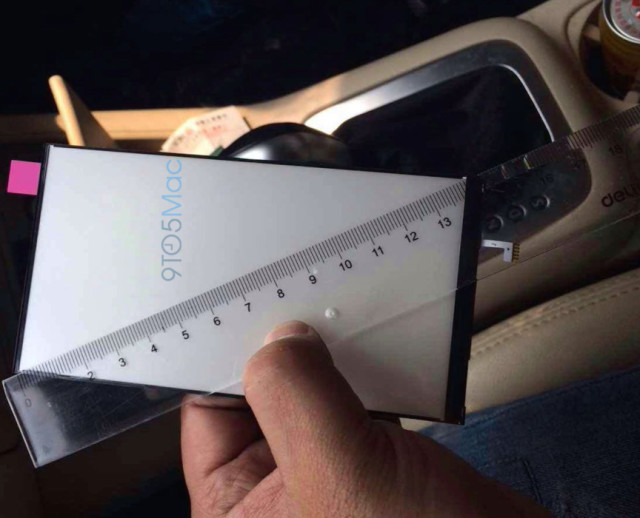 The screen measures around 14cm diagonally, which is just about 5.5 inches. Even though these pictures don't give us much information, it does show that Apple is having the display, which is reportedly being manufactured by Japan Displays Inc., for the iPhone 6 being made as we speak. Due to the iPhone 6 having a larger screen, it is rumored that the unannounced smartphone could cost up to $100 more than previous models.

Apple has been trying to crack down on leaks recently, but it seems to be failing because of the plethora of information that has been streaming out lately. There have been numerous leaks concerning the smartphone such as the specs, as well as changes made to the button layout, which has been the same since the release of the very first iPhone back in 2007.