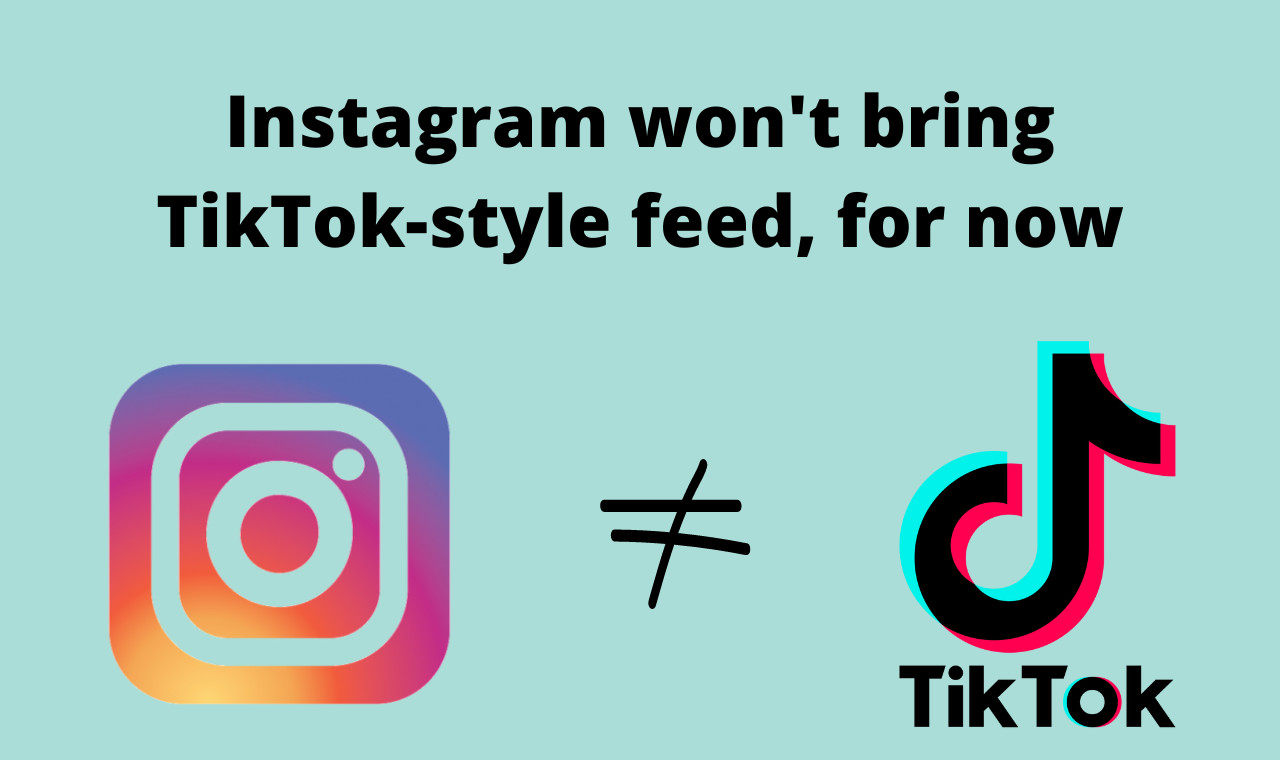 Recently, Instagram has faced backlash from users, influencers, and celebrities alike primarily because of a string of changes it made to the app which some called "TikTok-style", with some people saying Instagram is trying too hard to be TikTok. These "TikTok-style" changes included a full-screen video experience and more recommended video content instead of content from those users follow.

Now, according to BBC, the social media giant is taking a step back and halting the process of morphing into a TikTok rip-off for now. With people wanting to see more of family and friends, Instagram has assured its users that it has paused the launch of new features that would have been similar to the ones we find on TikTok.

I’m glad we took a risk — if we’re not failing every once in a while, we’re not thinking big enough or bold enough. But we definitely need to take a big step back and regroup. [When] we’ve learned a lot, then we come back with some sort of new idea or iteration. So we’re going to work through that.

Kim Kardashian, Kylie Jenner, and Toni Tone are among the celebrities who criticized Instagram for its TikTok-like full-screen photos and video model. For now, Instagram will mitigate recommended posts and accounts, and re-evaluate the strategy for the comeback as Mosseri suggested that the withdrawal is temporary.

Instagram is trying so hard to compete with TikTok that they’re trying to become another TikTok. If I wanted to see video after video from random pages I don’t follow, I wouldn’t be on Instagram. Do what we need from you, and bring back the photos of our actual friends!!!

For now, we do not know by how much the amount of recommended posts and accounts will be reduced so, to know more about this, we'll have to wait for when the company makes a new announcement.