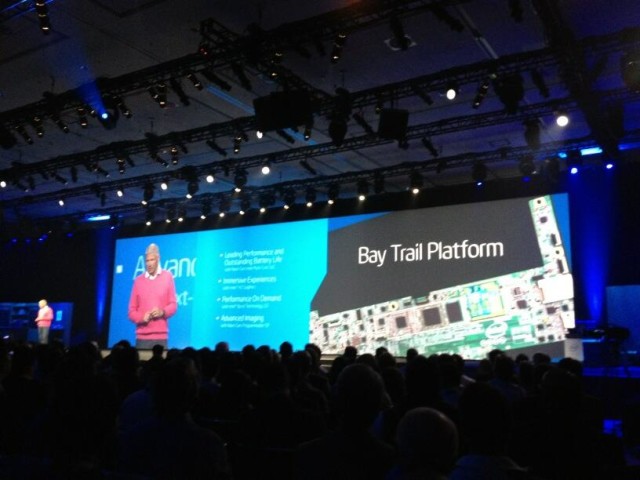 Intel has been hyping up its upcoming processors with the Bay Trail architecture for some time, but today the company revealed more information on the different processors that will use the Bay Trail platform in the next several months.

Intel's press release states that the Atom Z3000 processor series (also known as Bay Trail-T) will have four cores and 2MB of L2 cache. It will be used inside upcoming tablets, hybrids and notebooks with Windows 8.1 and Android installed. OEMs such as Acer, Asus, Dell, Lenovo and Toshiba will all release products with the Atom Z2300 processor sometime in the fourth quarter of this year with prices starting at $199. Indeed, Toshiba has already revealed its Bay Trail-based 8-inch Windows 8.1 tablet, the Encore. Intel plans to bring 64-bit support for tablets in early 2014.

Intel says it has worked with many software application developers to make sure that programs such as Skype, Netflix, and others have been optimized to work well with the new Atom chip.

In addition to the new Atom processor series, Intel will also offer Bay Trail M in its upcoming Pentium J2850, Celeron J1850 and Celeron J1750 chips. They will be made for low powered desktop PCs, "intelligent digital display" and other products.