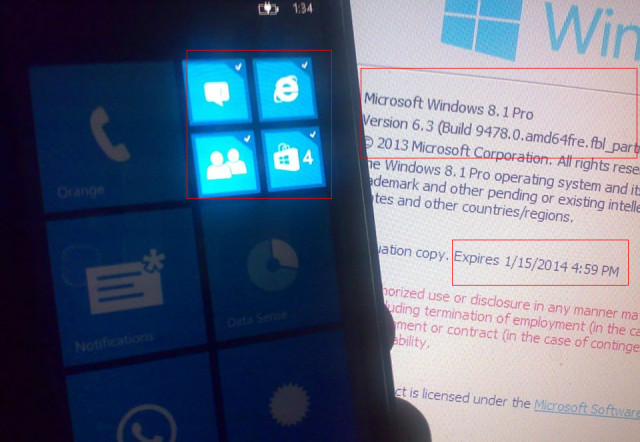 Microsoft may be planning to add the ability to select multiple tiles in the next major update for its Windows Phone operating system, if an image allegedly of Windows Phone 8.1 is any indication.

An image posted by Windows-Phone.pl shows what appears to be the new capability, with four tiles highlighted with check marks in the top right corner of each. If the image is legitimate, it would bring Windows Phone 8.1 in line with Windows 8, which allows users to select multiple tiles. In addition to the multi-select feature, the rumored notification center icon makes another appearance; the tile for the notification center was first revealed in an image released Sunday.

The notification center tile in the newly released image looks identical to the image released Sunday, and the format of the photo is also similar. Both images feature a Windows Phone 8.1 device in front of a monitor showing what appears to be Windows 8.1 in the background. The format is likely being used to lend credence to the photos' authenticity, though it could be easily faked.

Windows Phone 8.1 is expected to be released early next year, though Microsoft hasn't formally provided any timeline for the update.