The NUC features a 2.6 GHz quad-core Skylake Intel Core i7-6770HQ, one of its new premium laptop processors. One of the selling features of this processor is the integrated Iris Pro 580 GPU which features 128MB eDRAM cache. In addition, it contains a Thunderbolt 3 port which also supports USB 3.1 gen 2 and is able to utilize DDR4 memory. The Thunderbolt 3 port opens up future possibilities for external graphics cards.

Other ports include an HDMI 2.0 port, four USB 3.0 ports, an SD card lot, headphone jack and a port for an IR sensor. 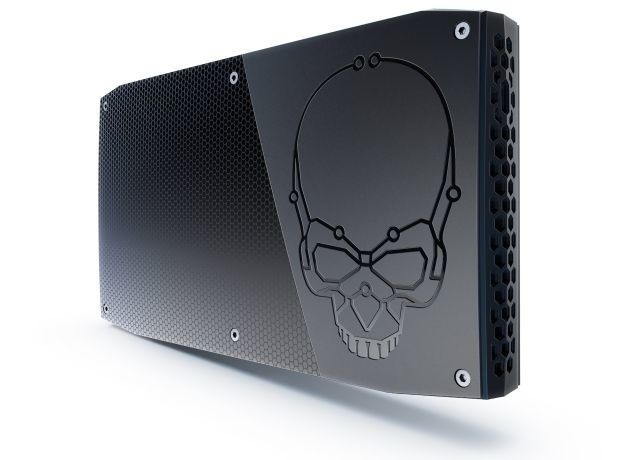 In contrast with previous NUCs from Intel, the "Skull Canyon" version is housed inside a unique chassis. It's shape is longer and contains a skull on its case. However, if you instead favor a more conservative appearance, a plain black matte lid is included with the unit so you are able to swap it.

Pricing for the NUC begins at $650 for the barebones model. Preorders will be available from Newegg in April and orders will start shipping in May.