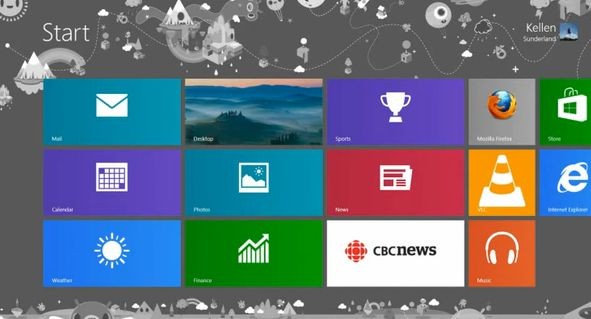 Microsoft announced several months ago that the standard version of Windows 8 would not play back DVD discs, although it will be able to do so with the optional Windows Media Center add-on. As many people know already, a team of volunteers under the VideoLAN brand have released a free open source-based DVD and media software app called VLC. Several weeks ago, the team announced they wanted to make a Windows 8-based version of VLC that would work in the "Modern" UI.

However, in order to jump start development, the VideoLAN team decided to fund it via a Kickstarter crowd sourced campaign. With 12 days to go, the effort has funded just over half of its £40,000 goal. We got Felix Kühne and Jean-Baptiste Kempf of the VideoLAN team to answer our questions on this effort to bring VLC to Windows 8.

First, VLC has been a massively popular free program for Windows and other platforms. Why do you think that it has remained popular?

VLC includes codecs and file format support for virtually all media files available out there. Over the last few years, we've kept expanding our support for new formats, even brand-new ones like OPUS, in a timely fashion, including support for Blu-Rays and adaptive streaming. But one of the main reason is that we are volunteers and there is no need to make money on VLC, so we don't force on users "features" that are not wanted. This way, VLC is constantly improved to stay one of the most reliable tools for media playback and content consumption as well as media distribution through its active streaming capabilities.

How did the idea come about to make a "Modern" UI version of VLC for Windows 8?

Our goal is to have VLC running everywhere. "Modern UI" is a new platform, quite different from the classic Windows one. Of course, you can use the ordinary version of VLC within the desktop tile of Windows 8, but this complicates its usage quite a bit. To provide easier access for users and to be able to be part of Microsoft's Windows RT tablets, we decided that it would the best in the interest of our users to provide a native application, which looks and behaves like it was part of the OS from day one.

Microsoft decided not to add DVD playback in the standard version of Windows 8, leaving that to third parties. What do you think of this decision?

With this decision, Microsoft seems to target the corporate market, where DVD playback is fairly uncommon for most workstations. This way, their customers can save a certain amount of licensing fees for a feature they wouldn't use. We believe this is a mistake and a bad move for most users, though. For private use, people requiring this feature will need to look for ways to acquire it and VLC is in a prominent position to enable it easily.

Why is it important for VLC to launch a Windows 8 "Modern" app?

As already said, our goal is to have VLC running everywhere. VLC on Windows is used by a huge number of people. As Microsoft is moving to "Modern" and will probably push and improve this "Modern" experience with each of their annual releases, it seems really important that users can still play all their media without needed to rebuy them. And for us, it means supporting all the users devices. Running within the desktop experience severely hurts the usability, so it is important to us to provide an easy way for our users to access VLC's capabilities. We believe, that being open source and adware/spyware free, with integrated codec, VLC is in the right position to deliver the best offer to the users.

The campaign is not yet fully funded but you still have 12 days left. Are you pleased or disappointed in the results so far?

We reached a third of our goal within 10 days, which is a promising result and we hope to meet the goal by the deadline. But, truly, every penny will help speed up the development.

Assuming the campaign is successful, what features does the team expect to put into VLC for Windows 8?

At first, we are going to support all the file playback features known from current versions of VLC as well as most ways to customize playback, be it video filters or a full fledged equalizer. Following this initial step, we will have a closer look at optical media playback as well as network streams. Finally, we'll work on porting to Windows Phone 8.

What does the VLC team think of Windows 8 and Windows RT itself in terms of comparing it to Windows 7?

VLC team members have very different opinions on this subject, so, it is hard to tell :) Windows 8 and RT are Microsoft's ways to adapt to modern operating system requirements, and it is quite interesting as such. But it is true that it is actually very different to use and needs a lot of adaptation for the users... It probably needs a few improvements, but we'll see what Blue will bring. But our opinion does not matter much, we need to build upon the work they have done and match it, notably in terms of usage simplification.

If the campaign fails, does this mean that we will never see a VLC made for the "Modern" UI or that it will simply take a lot longer for the volunteer team to work on it?

The main reason for this campaign is to speed up the development. It is possible that we will get VLC running on "Modern" UI, but at a normal speed, this will probably take a couple of years, and at this point, we will be at Windows Violet (or something...). Usually, all VLC development is done by volunteers in their spare time, but adapting to Windows 8 is an enormous amount of work, notably because there are no open source development tools for it. Therefore we started this fundraiser in order to contract known developers to work on it full-time, to bootstrap the important parts. Seeing the long time it took to get VLC running on Android, we feared that this would be even worse to get it running on Windows 8 and RT. So, while I assume that we would have something for Windows 8 at a certain point if this fundraising campaigns fails, it clearly wouldn't be publicly available any time soon.

How much input has Microsoft given the team so far?

So far, not much. They are interested, but they are probably slow to react more, because of being a big company. :)

What can you tell us about the plans to make a Windows Phone 8 version?

Well, once the port on ARM will be done, porting to WP8 is not that much work. It will need some work, of course, to pass WACK with our custom toolchain, but most APIs are common, so it might just work. The big part of the work is the port to ARM for our toolchain, not to port to WP8, as far as we can see... We hope not to be too wrong :)

What else is the VLC team working on at the moment?

We have a number of cool features coming up for VLC 2.1, like support for new codecs and formats, (like adaptive streaming and Blu-Ray), a new audio core as well as significant improvements to VLC for Android and iOS... Additionally, we are constantly looking into ways to get VLC available everywhere for our users!

Finally, is there anything else you want to say about VLC for Windows 8?

We went on drafting this port over the last few weeks and we did promising UI mockups already. We are going to share those shortly. Additionally, we investigate the amount of work needed to support Windows Phone 8 and despite our initial fears, this appears to be way easier than expected. This is why, we are going to expand this Kickstarter campaign with a port to Windows Phone 8, once we have it working on Windows RT. This is great news and we are proud of the results of this investigation.

We would like to thank Felix and Jean-Baptiste for answering our questions!