It has been well over a decade since Apple launched the first iPhone but every time a new iPhone is launched, it sets the standard for other Android flagships to beat. This time around, Apple has launched four new iPhone models across its iPhone 12 and iPhone 12 Pro lineup, and it's the iPhone 12 that's expected to be the most popular of the lot.

The iPhone 12 is the one that receives the biggest upgrade from its predecessors with a new design, better display, improved cameras, and more. How good does that make the iPhone 12 then? Is it better than other Android flagships out there? Or has Apple missed the mark somehow this year? Read my review to find out. 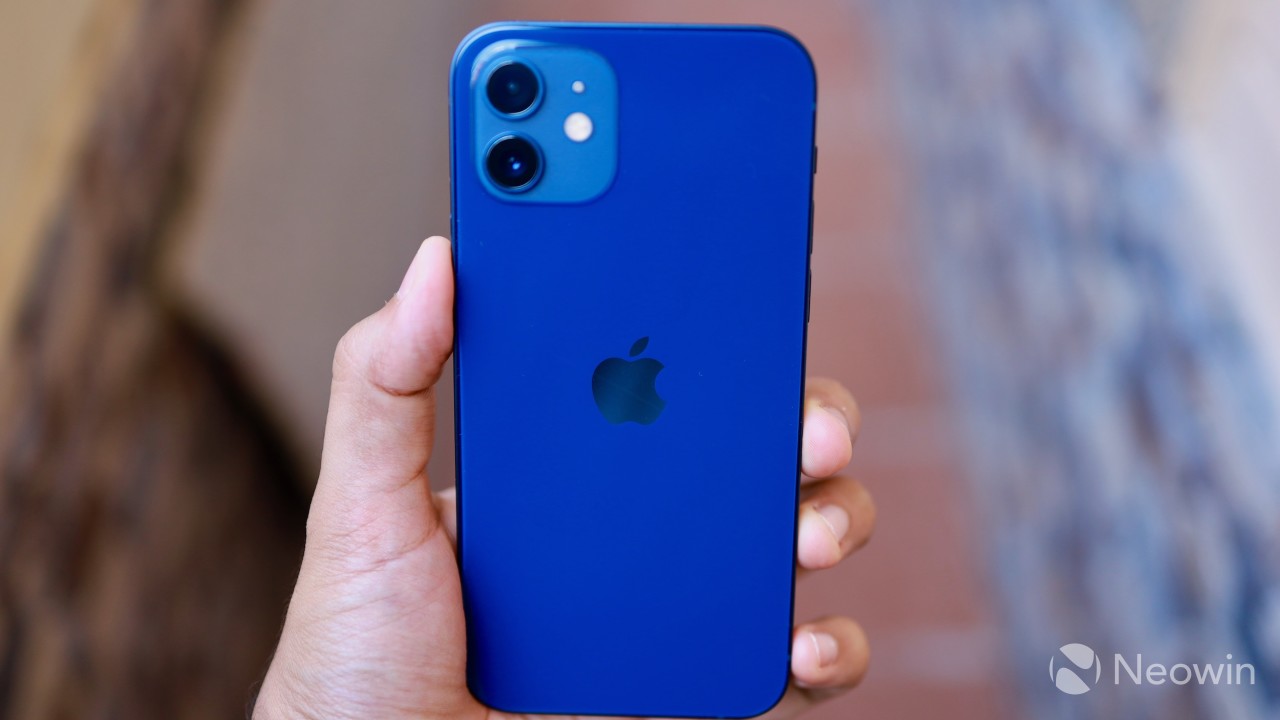 The iPhone 12's design is a throwback to the iPhone 4s from 2011. It has a squarish chassis with flat glass panels at the front and rear. The squarish design means the iPhone 12 can stand upright on its top and bottom corners. The chassis is the only part of the iPhone 12 that has received a major redesign. Otherwise, the front and rear design of the device is similar to the iPhone 11, with Apple only offering new color shades to distinguish the iPhone 12 from its predecessor. This also means that the dreaded notch is still there at the top of the display, though this does not bother me much as it tends to blend into the peripheral vision. The bezels surrounding the display have been reduced as well, which has allowed Apple to make the device more compact. 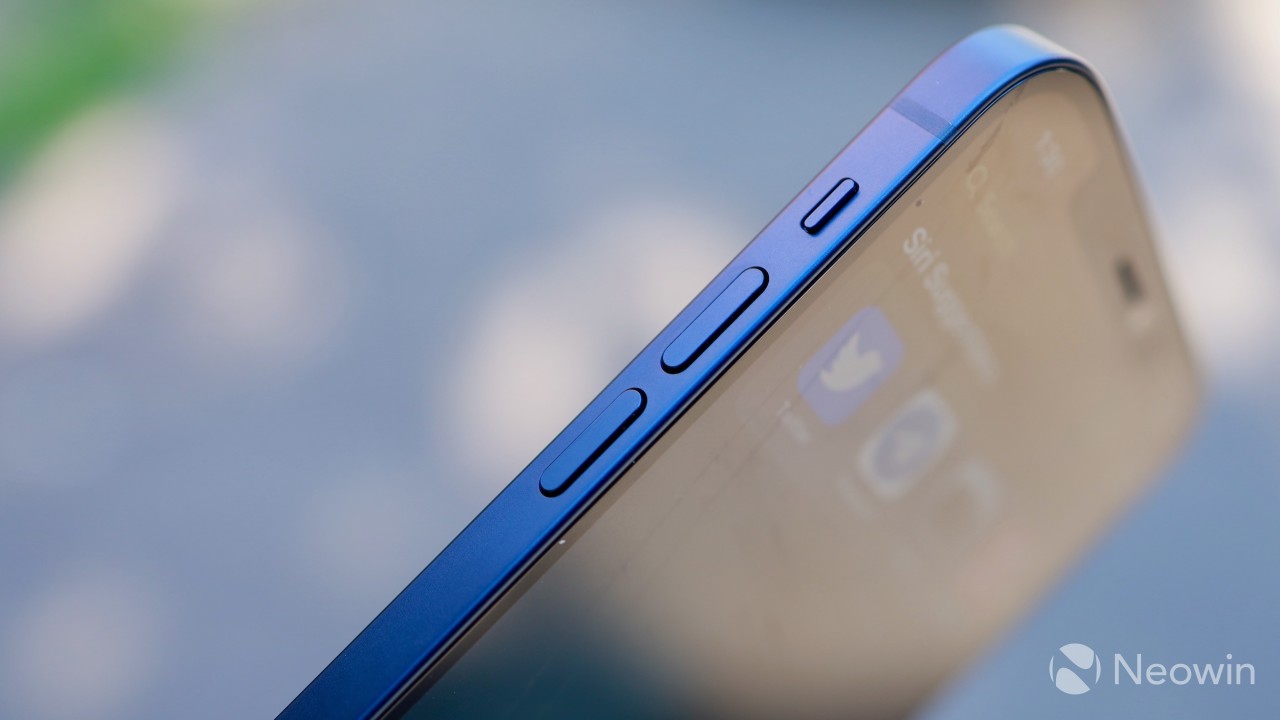 The button placement on the iPhone 12 is on point as they are all within easy reach. The side key is located on the right while the volume rockers and mute switch are located on the left edge. They are all easily clickable even with a case on and there's nothing to complain about them. The Lightning port is located at the bottom between the two speaker grilles. With almost every other device I own now using USB-C, I seriously wished Apple replaced Lightning with USB-C on its new iPhones as well.

The entire iPhone 12 series uses a more durable Ceramic Shield glass for the display which Apple claims is up to 4x more durable. While I can't put that claim to test, glass is still glass and so I will still recommend putting a screen protector on the display if you want to keep it free from scratches. The rear still uses strengthened glass from Corning. 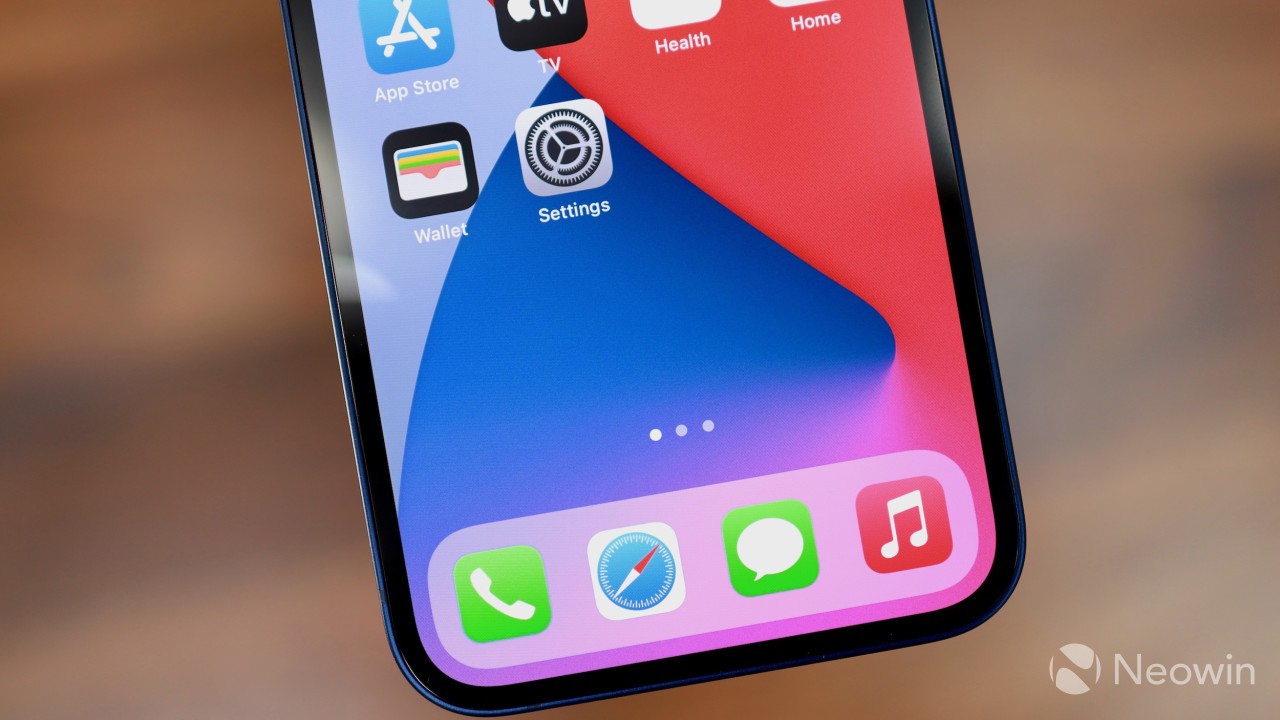 The most surprising part of the iPhone 12 is its weight. I have used an iPhone 11 and when I picked up the iPhone 12, I was surprised at just how light it felt. The in-hand feel, while premium, is nothing exceptional, and the device feels more like a toy with such a lightweight design. The iPhone 12 Pro with its stainless steel chassis feels much better in hand. 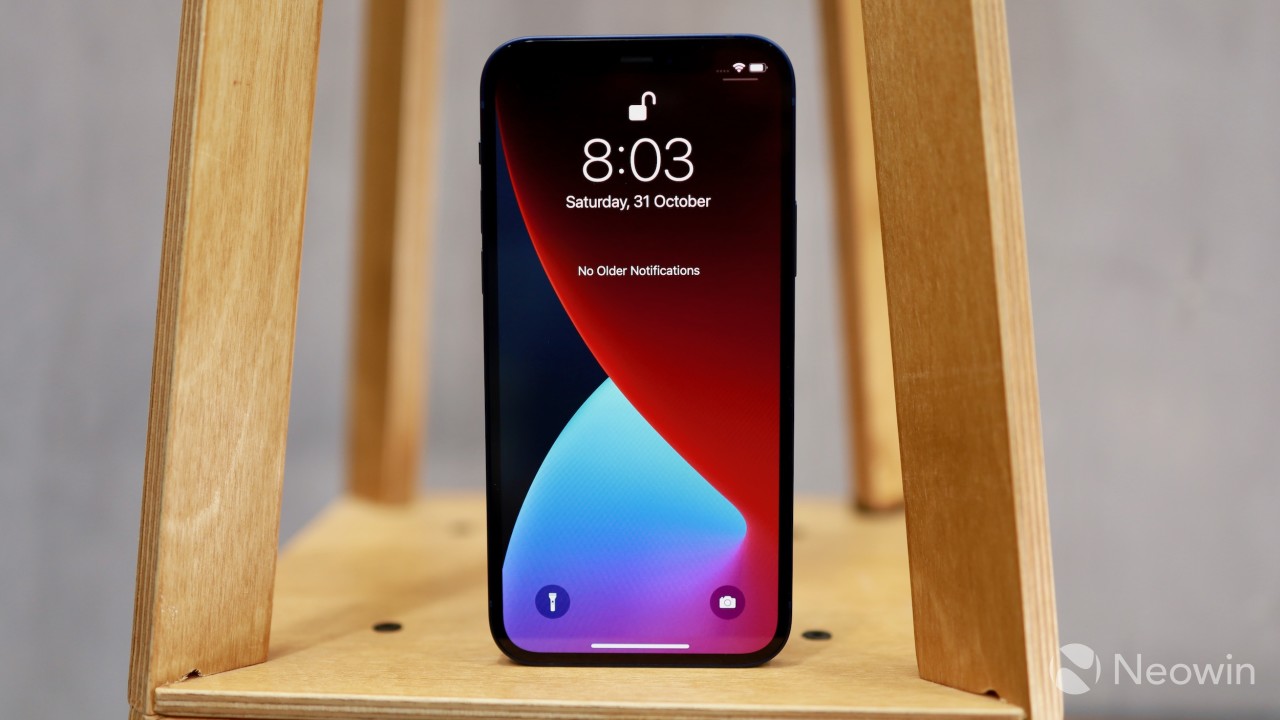 The iPhone 12 comes with a 6.1-inch Super Retina XDR display. The display size is the same as the iPhone 11 and iPhone XR from the last two years, but Apple has switched to an OLED panel this time around. Apple tends to use the best displays on its devices and the iPhone 12's display is no exception. The Super Retina XDR display on the iPhone 12 has its brightness levels, contrast, viewing angles, and color accuracy on point. The peak brightness of the display is slightly lower than what you get on the iPhone 12 Pro but I did not have any issues while using the device even under direct sunlight or when watching HDR content.

There's no Always-on Display support on the iPhone 12 despite having an OLED panel. If this is a feature that you have gotten used to on your existing smartphone, you might be bummed about it missing from the iPhone.

The only missing piece of the puzzle with the iPhone 12's Super Retina XDR display is that it still has a 60Hz refresh rate. Coming from the OnePlus 8T's 120Hz display, I did notice the difference in refresh rate immediately but got used to it after a few hours. Should Apple have shipped the iPhone 12 with a 120Hz display? I do wish so. Is it a deal-breaker? Definitely not.

The on-paper camera specifications of the iPhone 12 might not sound very impressive when compared to other Android flagships. Apple is basically sticking to the same camera sensor and setup as the iPhone 11 series from last year, with the only exception being a wider f/1.6 aperture and a new 7P lens. This means you still get a primary 12MP shooter along with a 12MP ultra-wide angle camera. Irrespective of what the specs suggest, the iPhone 12's camera game is on point. It can take great photos irrespective of the scenario and lightning conditions.

The only two issues that I have repeatedly noticed are that some photos end up with a warm look particularly the ones that are taken indoors. Secondly, lens flare is actually a very common issue on the iPhone 12 and it showed up more frequently on it than on any other phone that I have used recently. The front 12MP camera can also take decent selfies and the addition of Night Mode and Deep Fusion greatly helps when taking selfies in dark conditions. There is also a big gap in image quality between the primary and the ultra-wide camera. Samsung and other Android OEMs have reduced this gap by a big margin and it would have been great to see Apple doing the same as well. 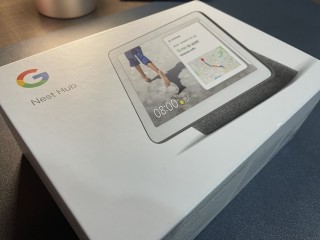 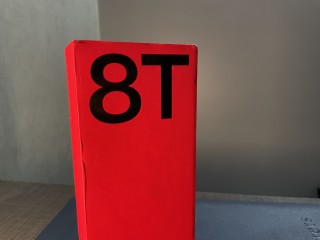 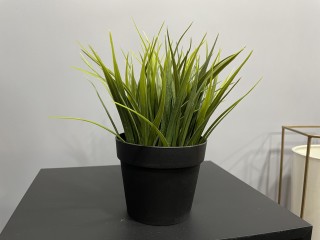 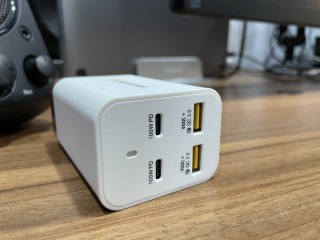 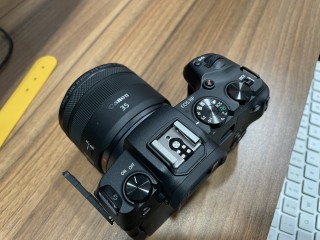 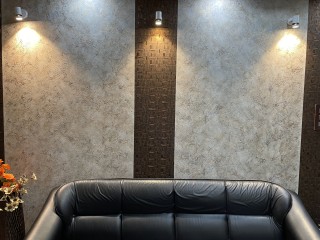 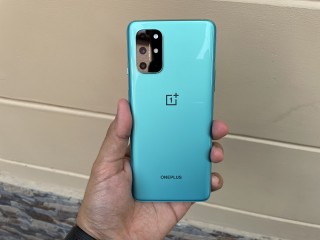 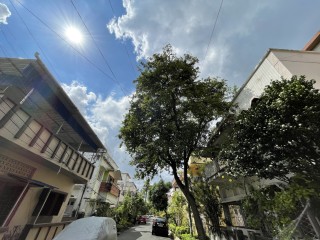 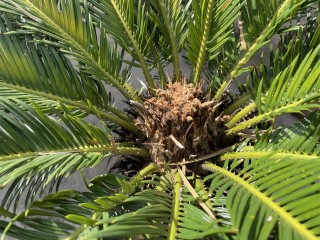 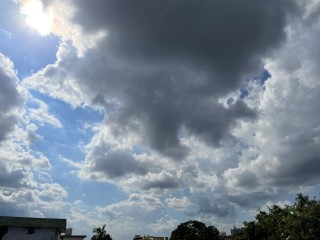 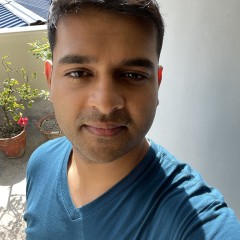 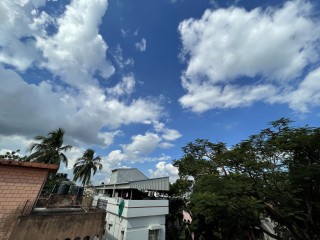 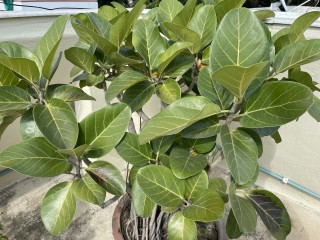 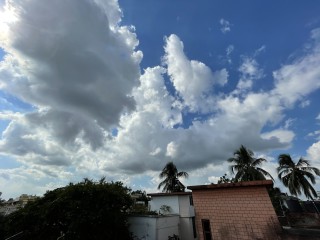 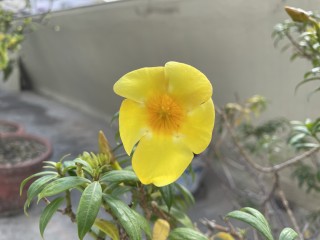 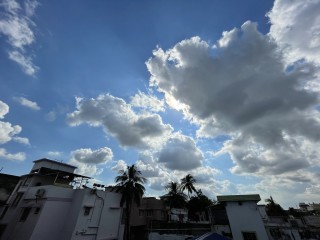 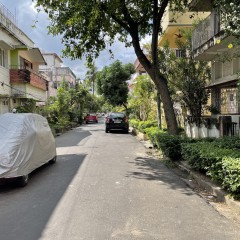 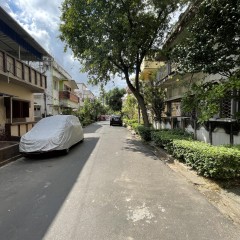 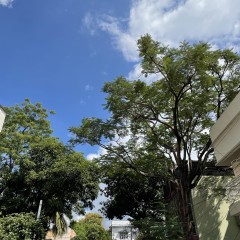 Video recording is another highlight of the iPhone 12. Videos shot on the iPhone 12 look amazing and the stabilization is very impressive as well. And unlike my Exynos 990-powered Galaxy S20 Plus which tends to lag and stutter after taking a few shots, the iPhone 12 remains perfectly smooth even after recording 4K 30fps Dolby Vision videos.

The iPhone 12 offers a true point-and-shoot experience that is going to please almost everyone. For power users though, there's no Pro mode here to control the ISO, exposure, or shutter speed in the stock camera app, though you can always download a third-party app from the App Store for this. 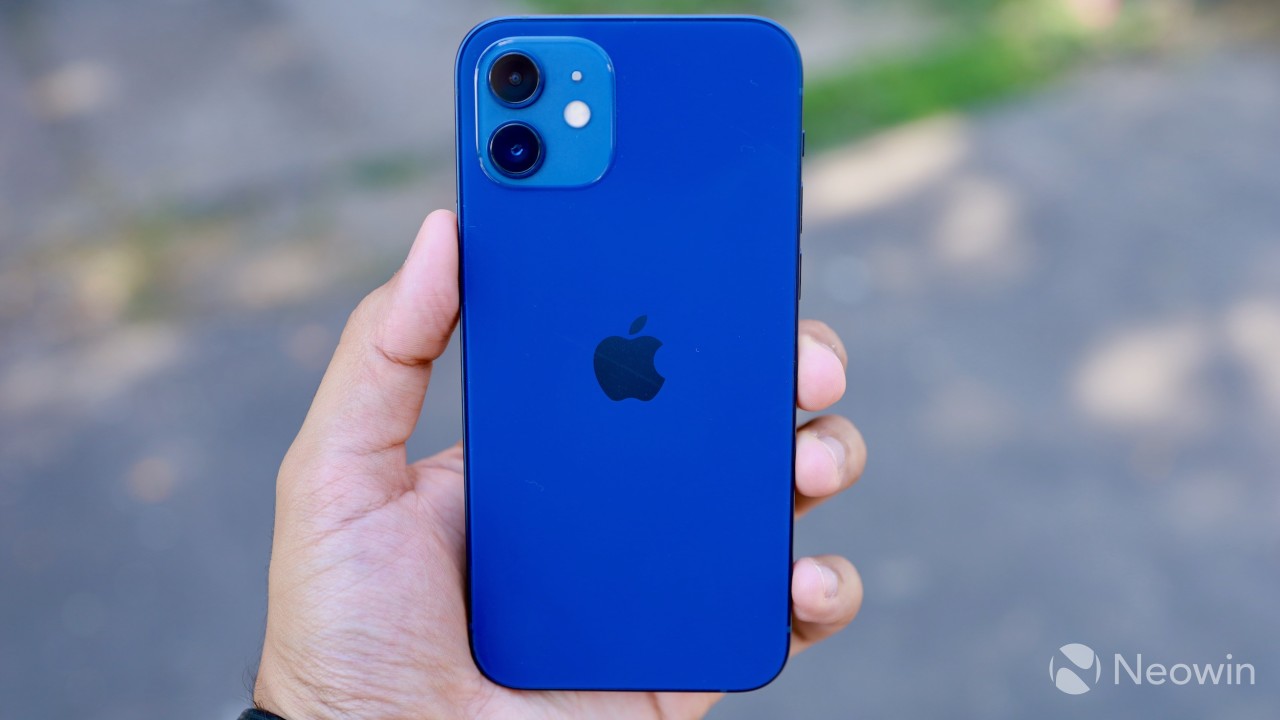 With an iPhone, performance is the last thing you need to be worried about. Apple claims the A14 Bionic chipset inside the iPhone 12 is 50% faster in both CPU and GPU department than any other mobile chipset out there. Considering that the A13 Bionic chip inside the iPhone 11 is still faster than any other mobile SoC out there, this is not a claim that needs much verification. Some Android devices might score higher than the iPhone 12 in benchmarks but they cannot offer sustained performance, something which the iPhone can do.

Apps open fast, heavy games run smoothly, and the phone does not bog down even while recording 4K 30fps HDR videos that are over 5 minutes in length. There are no overheating issues here as well since the A14 Bionic is fabricated on the 5nm fab from TSMC making it more power-efficient. The benchmark scores below also show just how powerful the iPhone 12 is. Android flagships have gotten faster and even ship with high refresh rate displays, but the iPhone is still the one that's hard to beat in terms of performance and smoothness. 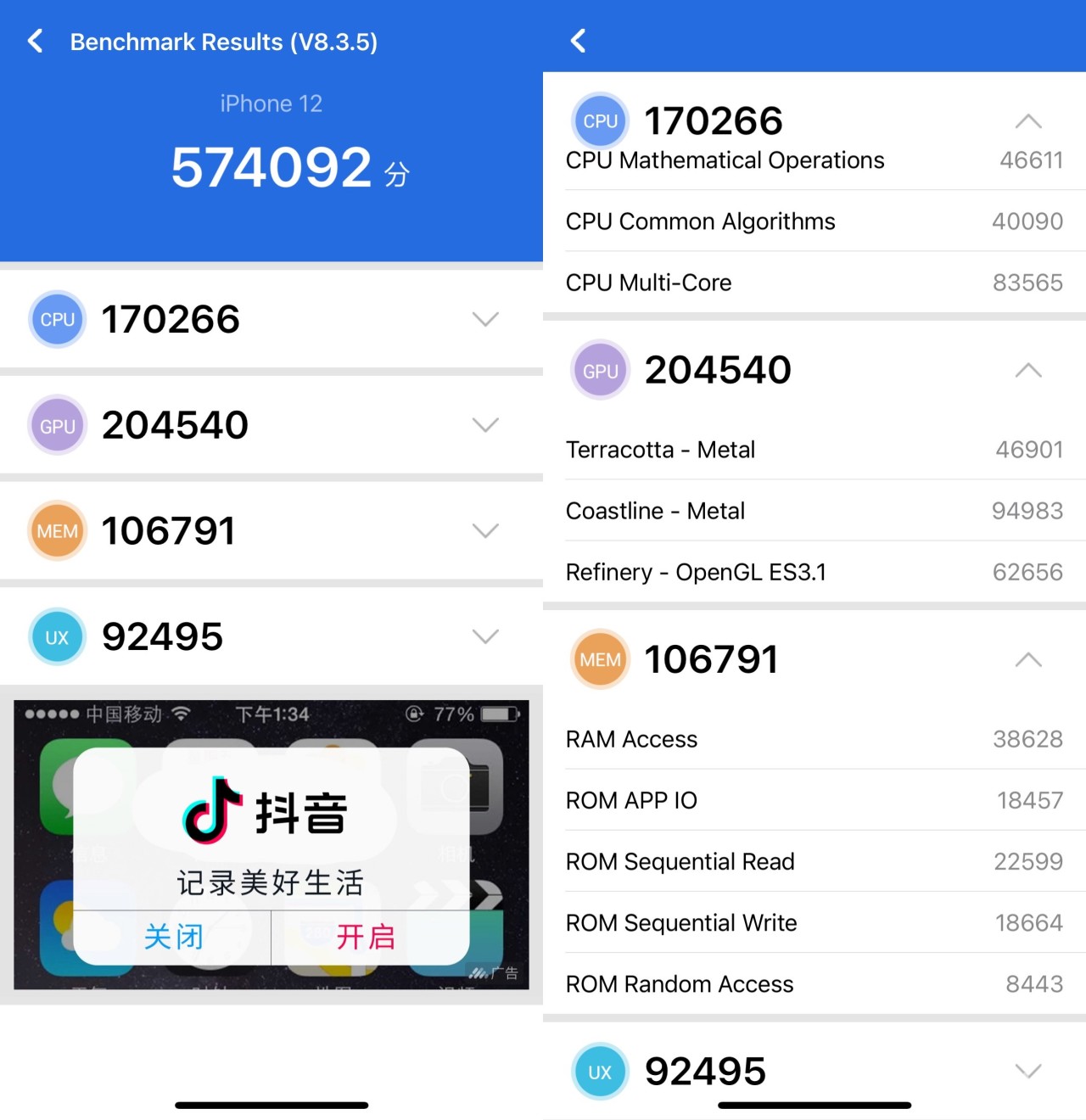 One thing where the iPhone 12 lags behind its competition is in terms of RAM. Various teardowns have confirmed the iPhone 12 series ships with 4GB RAM while the iPhone 12 Pro series has 6GB RAM. In regular use, you are not going to have any issues with 4GB RAM. However, if you are a heavy multitasker that frequently switches between multiple apps on your Android device, you are going to notice app reloads more frequently on the iPhone 12. It's not a bummer as most apps retain their state even after being pushed out of memory and they reload fairly quickly as well but it's something that might affect a certain section of users. I did not really have any issues with the limited RAM on the iPhone 12 despite running multiple heavy apps and games and switching between them frequently.

Apple hyped 5G a lot when it launched the new iPhones last month. However, 5G is still not available in most markets of the world including where I live. While 5G might be a big deal in the future, there's not just enough incentive right now to go and upgrade to a 5G iPhone right now.

As for battery life, the iPhone 12 is not going to win any awards in this department that is until you consider its form factor. I was able to get a day of battery life from the phone with around 30% left in the tank, though my phone usage has gone down due to the pandemic. An hour or so of video calls throughout the day though and I had to plug the phone into a charger by around 9 pm. When you look at the iPhone 12's size though, you realize that the battery life it offers is actually quite impressive. There are barely any Android devices in this form factor and even flagship Android phones like the Galaxy S20 series cannot offer the same battery life as the iPhone 12 despite coming with bigger batteries. 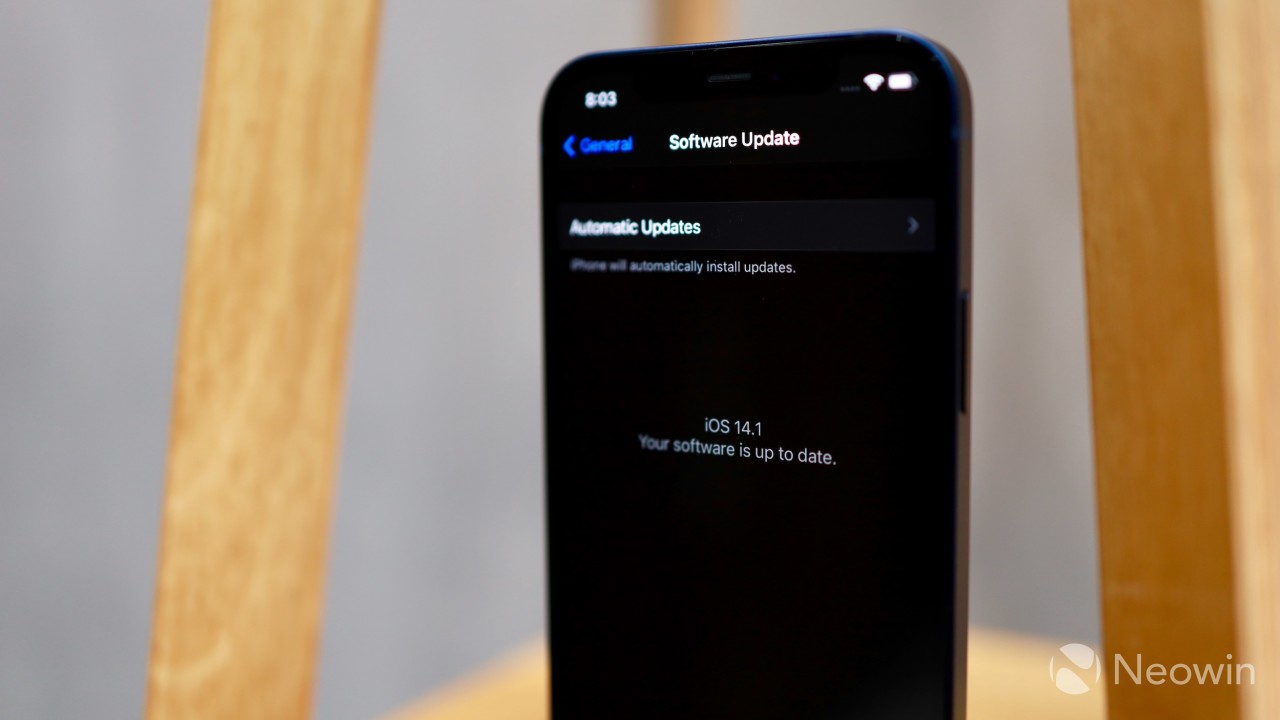 The iOS 14 experience on the iPhone 12 is going to be similar to any other iPhone that you have. With iOS 14, Apple has revamped the home screen experience by adding support for widgets. There's now also the option to change the default browser and mail app to a third-party one. And in typical Apple fashion, the company has further improved the privacy features and now there's even an option to grant an app with access to only selected photos from one's library. Picture-in-Picture mode has also finally made its way to iOS 14 which means you can finally watch Netflix while browsing the web or jot down notes while on a video call. 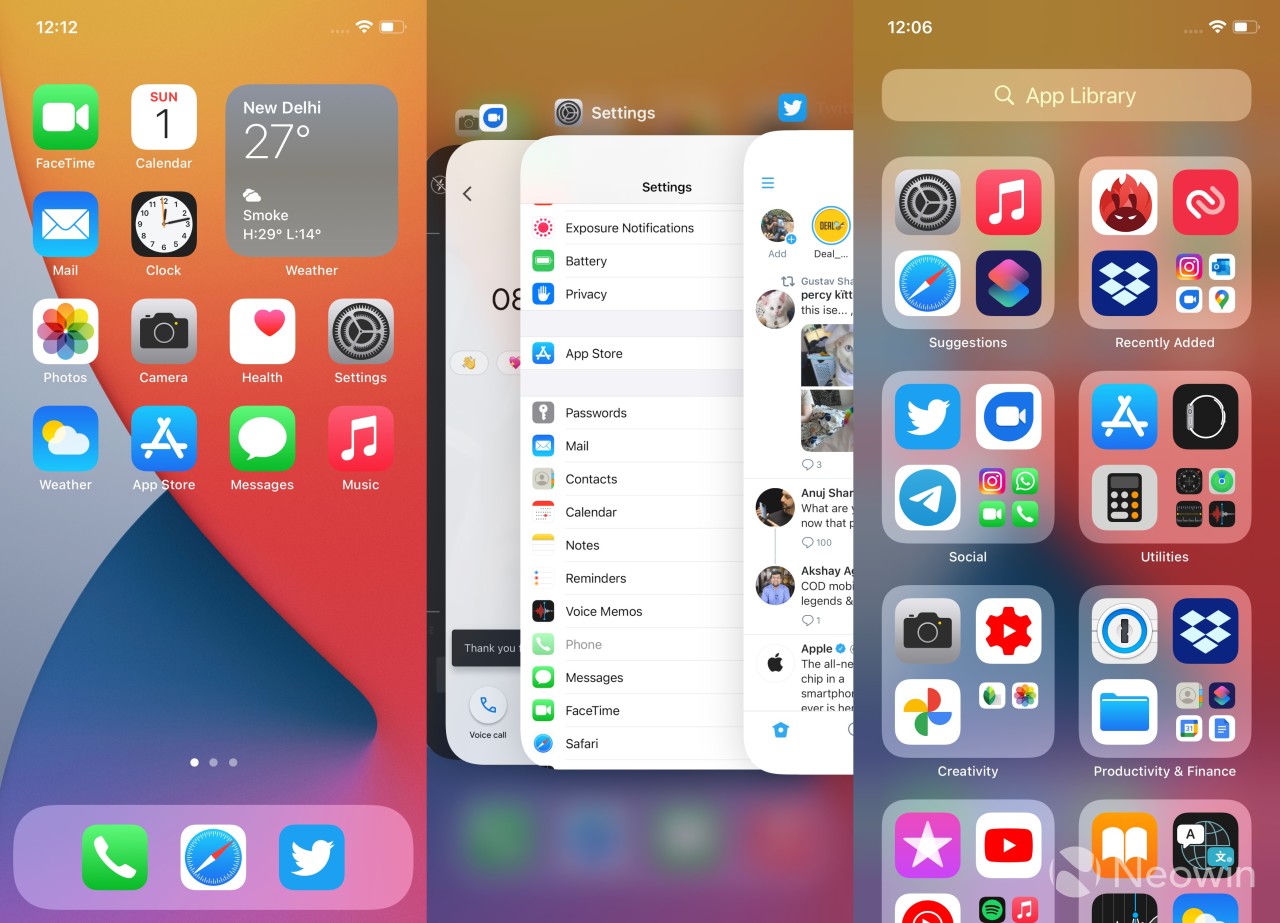 iOS still has its own set of restrictions and issues like you cannot record calls, the Notification Center still requires work and is not as slick as that of Android, and more. However, if you can live in Apple's walled garden, iOS will reward you with high-quality apps and games. 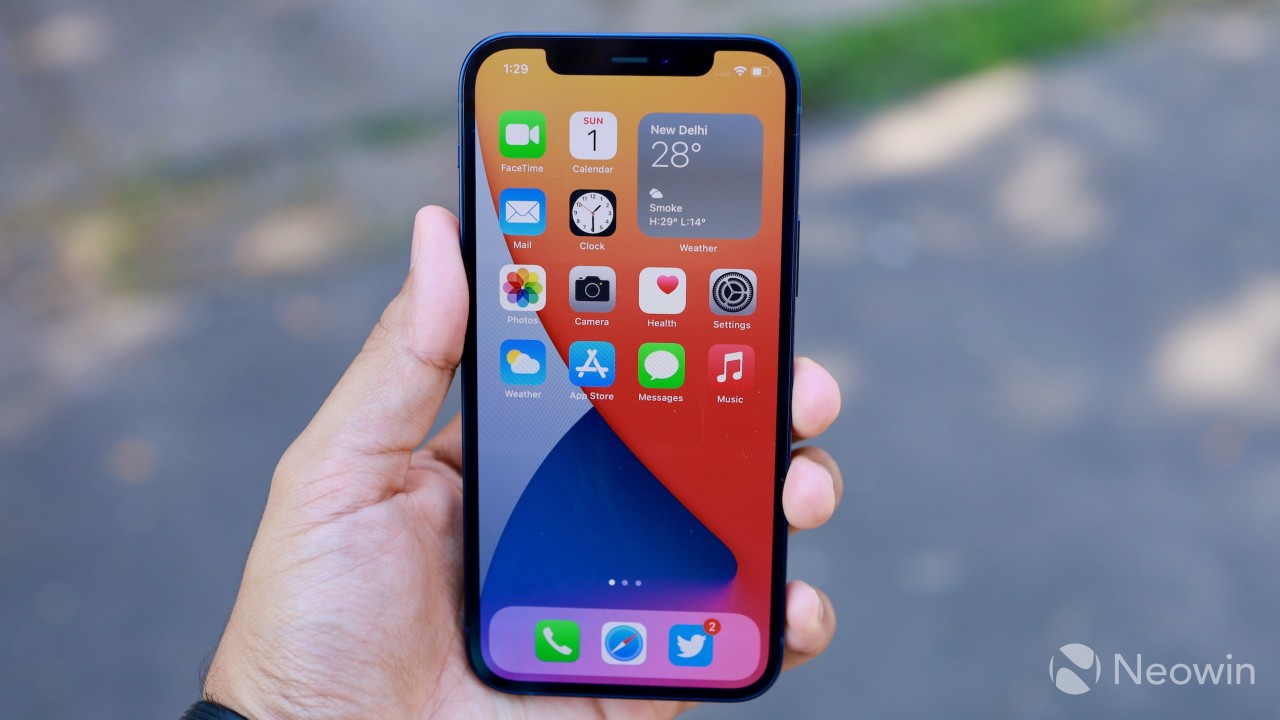 If you are looking for a reasonably-sized flagship smartphone that ticks all the important boxes -- a great display and design, all-day battery life, great cameras, and smooth performance, the iPhone 12 is perhaps the only choice you have, and a great one at that. There's simply no Android device with the same form factor that can rival the iPhone 12. Plus, when you factor in that you can use the iPhone 12 for the next 4 years easily without any issues, it becomes an even better phone to own.

If you already own an iPhone XS or an iPhone 11, I won't recommend upgrading to the iPhone 12. However, for iPhone X and older owners, the iPhone 12 is definitely going to be a worthy upgrade. And if you are frustrated with all the Android flagships out there for some reason or another, the iPhone 12 is the one to go for.