Apple's latest launches haven't been entirely successful. After releasing iOS 10 last week, it apologized a few hours later to users who had reported botched upgrades on their devices. T-Mobile US advised its customers not to upgrade their iPhone 6, 6 Plus or SE handsets to iOS 10 due to connectivity issues, although that issue was quickly resolved.

Things haven't been trouble-free for the new iPhone 7 and 7 Plus that went on sale last week either. Some owners have reported hearing 'hissing' sounds from the device during heavy usage - and now, others are complaining about problems with the wired headset that comes with the new handsets. 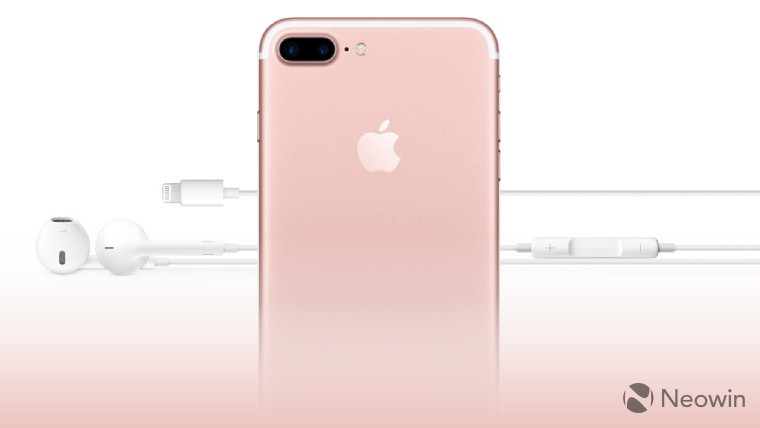 As you'll no doubt be aware, Apple decided to remove the dedicated 3.5mm headphone jack from its latest iPhones. For those who don't have wireless headphones, who don't want to purchase Apple's new $159 wireless AirPods, and who aren't thrilled about the idea of using an adaptor to connect their existing headsets to the iPhone 7's Lightning Port, the company includes a wired set of EarPods with a Lightning connector, along with the phone.

But as Business Insider reports, numerous users have been experiencing problems with the Lightning EarPods on the new iPhones. Specifically, the volume control module regularly stops working, and while audio playback isn't interrupted, without the controls functioning properly, they're unable to adjust the volume, activate Siri or answer calls.

The glitch is apparently intermittent and inconsistent - some users experience it occasionally; others haven't had the problem at all. The simple workaround is to unplug the headset and reconnect it to the phone - not exactly difficult, but far from convenient on a device that costs as much as the new iPhones do.

Apple has acknowledged the issue, and said that it will be fixed in an upcoming software update.