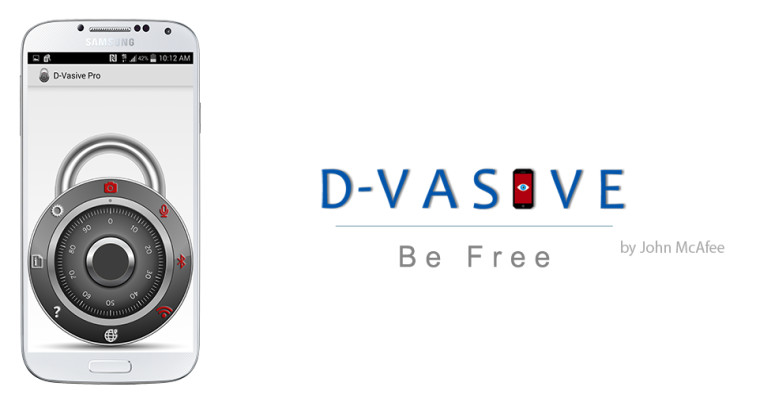 John McAfee has released a follow-up to the DCentral 1 app he released late last year. DCentral 1 was focused on clearly indicating which apps have which permissions -- as many people simply accept and install permissions without closely reviewing it, the app allowed people to revise what powers they gave to what apps later on down the road.

D-VASIVE takes DCentral 1's approach one step further: sitting in the background of a user's phone, it routinely scans for apps which have accessed things they shouldn't have. For example, if an app would suddenly turn on your microphone or access your camera, D-VASIVE would notify you. Similar goes for apps that try to access Bluetooth or WiFi. Any action that the app does is noted down in a log the user can access.

But rather than just sending notifications, the Pro version also gives the opportunity to lock the phone down altogether and block any app from accessing your camera, microphone, Bluetooth or WiFi.

This is the third in a series of apps John McAfee has planned to release through his company Future Tense Central, with the first mentioned above and the second being Chadder, a secure messaging platform that was released in May of this year.

D-VASIVE can be downloaded from the Google Play store here (pro).

Check out the promo video below: