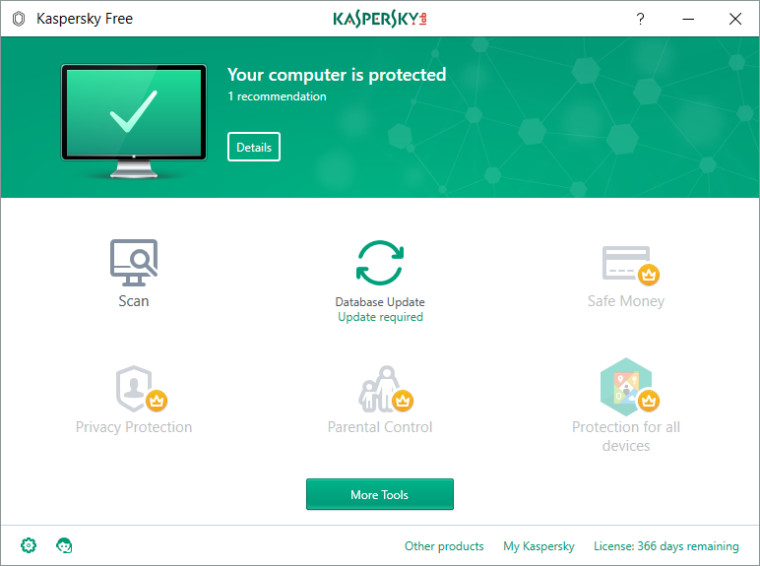 The anti-virus company, Kaspersky, has announced a free tier for its software. The free offering will rollout gradually and isn’t available for everyone at the time of writing. The software has already been piloted in Russia, Ukraine and Belarus, in China, and also the Nordic countries (Denmark, Norway, Sweden and Finland.) The product is being launched for the company’s 20th birthday.

The rollout will come in four waves, the first wave will see the software launch in the USA, Canada, and any Asia Pacific countries. The second wave will begin in September and include India, Hong Kong, the Middle East, Africa, Turkey and Latin America. In October, Europe, Japan and South Korea will join the party, and lastly, in November, Vietnam and Thailand will be able to download the anti-virus.

Briefly describing the free tier in a blog post, the company said:

“It’s a version with all the bare essentials: file, email and web anti-virus; automatic updates; self-defence; quarantine; and so on. This arsenal ensures convenient and safe web surfing, working with USB sticks and other portable storage media, and protection against both phishing and infected files being run. In short, the indispensable basics that no one on the planet should do without.”

The free version of the software will be lighter on resources than other versions of the software. Kaspersky is able to keep the software lightweight because users won’t be bombarded with advertising which are packed with other anti-virus solutions.

Although the rollout will be staggered worldwide, with the above mentioned territories getting it at different times, users on Neowin have reported that they can already install the US version of the software from anywhere.