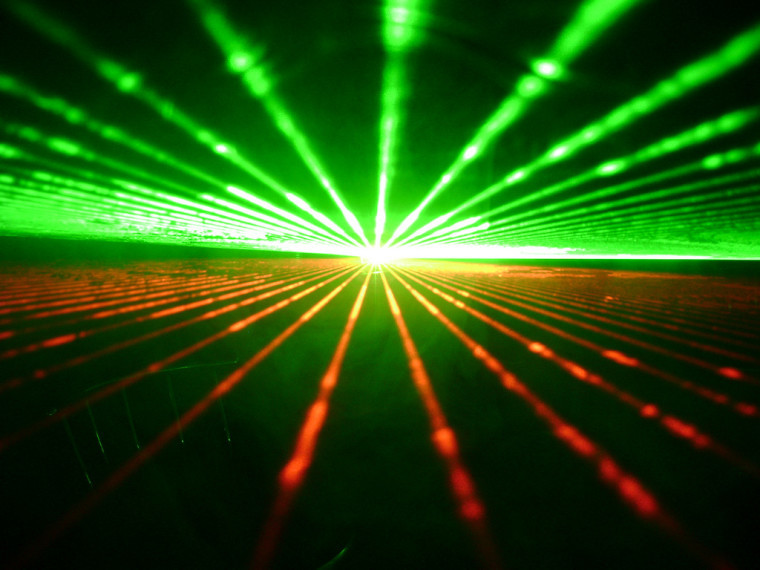 A couple of extra cores or a few billion extra transistors can make our devices run a bit faster. But what if we wanted our electronics to be 100,000 times faster? For that, you’d need more than just smaller 3D transistors, you’d need to no longer rely on electricity, but on laser light, and that’s exactly what scientists have done.

In a paper published in Nature Photonics, scientists at the University of Michigan explained how they have taken important steps towards what are called “lightwave” computers, relying on ultra-fast laser impulses to move electrons around. The team used a gallium selenide crystal as their semiconductor, and shone femtosecond laser pulses into it.

In regular electronics, electrons move around slowly, bumping into each other and releasing energy in the form of heat. But with “lightwave” electronics, the charge carriers are moving around so fast they no longer bump into each other, being not only better at processing but also much more energy-efficient.

However, the scientist went much further than this. They demonstrated they could reliably infer data from the pulses that bounce around and get absorbed and re-emitted inside the crystal, and also reliably create and read quantum mechanical effects. Because electrons are so small they can behave in weird ways, including being in two states at once. This quantum mechanical effect was seen in the data, with electrons absorbing and emitting light from multiple states at the same time. The researchers believe this might be a way to create a quantum computer. But that’s not where the scientists' ambitions stop. Mackillo Kira, one of the researchers explained:

For example, here we managed to launch one electron simultaneously via two excitation pathways, which is not classically possible. This genuine quantum effect could be seen in the femtosecond pulses as new, controllable, oscillation frequencies and directions. This is of course fundamental physics. With the same ideas you might optimize chemical reactions. You might get new ways of storing information or transmitting information securely through quantum cryptography.

We’re very far away from having quantum processors or even lightwave electronics inside of our gadgets, but this research is a large step in that direction and gives up hope that humans are far from the physical limits of data processing.