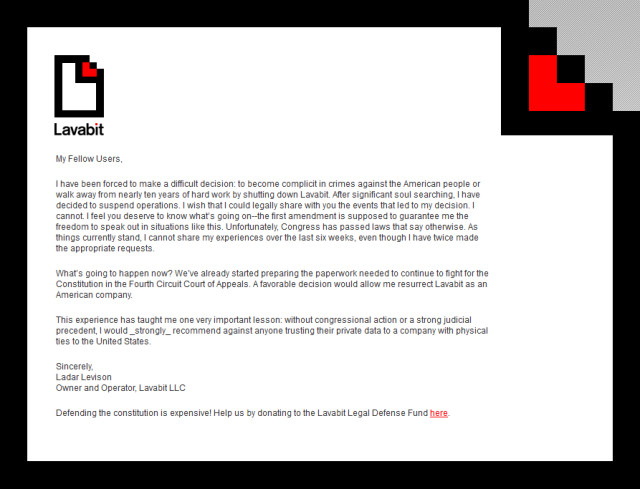 Shutting down a service you have put significant amounts of development time into is rarely an easy decision to make, and it has been taken by the operator of Lavabit. The service’s main allure was the ability to send secure email, and now it is gone.

Owner Ladar Levison indicates that Lavabit’s shutdown may be tied to the government, while he refuses to be "complicit to crimes against American people". Ladar’s open letter to Lavabit’s users warns about trusting data to any company physically tied to the United States.

Legal constraints seem to have limited what Ladar can say, as he mentions the failings of the First Amendment. In the background, the Twitter account @lavabit has changed significantly from when it was created in 2009 too. 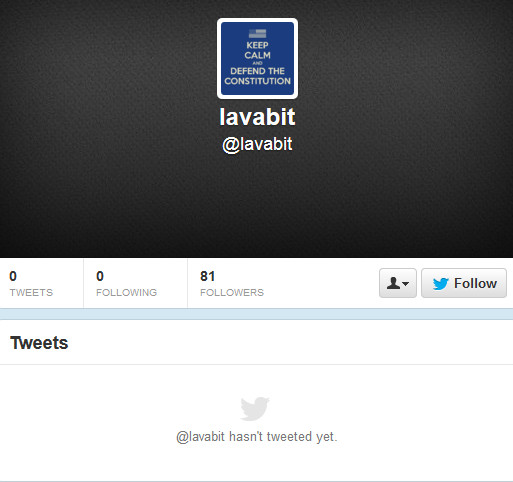 We can guess at the reasoning for Lavabit’s disappearance. At almost the same time, Silent Circle shut the Silent Email service. Again, its main point was secure email communication.

We have not received subpoenas, warrants, security letters, or anything else by any government, and this is why we are acting now.

You can almost guess at one of the high-profile users, with headlines across the world featuring his name. Though Silent Email may be closed, Silent Phone, Text and Eyes remain “secure as ever”.

Silent Circle is alive and well! Silent Phone, Silent Text and Silent Eyes are as secure as ever.

Source: Engadget, Lavabit (thanks Spencer R for the tip!)