As CES 2017 kicks off, Lenovo announced its new Smart Assistant, which will be powered be Amazon's Alexa technology. Basically, it's an Echo in a different case.

Lenovo says that there are two reasons that consumers are reluctant to embrace smart home products: they're perceived as expensive, and they don't have a "consumer-centric design". That's where the Smart Assistant comes in. 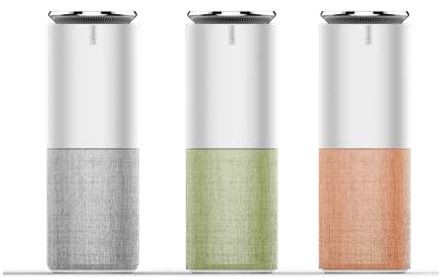 Available in light gray, green, and orange, the company says that this product is "elegantly designed". It can use Alexa to play music, create lists, program and receive reminders and alarms, and more.

Ultimately, all that Amazon's Echo is is a microphone and speaker with the Alexa digital assistant technology. Because of this, a better Alexa device would be one with a better speaker, so Lenovo's Smart Assistant also comes in a Harman Kardon model, which will cost $50 more than the regular one.

Microsoft also announced last month that there will be a Harman Kardon speaker that's powered by its digital assistant, Cortana. The Cortana devices are still a ways off though, so it will be interesting to see if Lenovo diversifies its lineup at some point.

Rounding up the company's new smart home offerings is Smart Storage, a "secure digital solution" with 6TB of storage. It will include multi-device auto-sync capabilities, and it's designed for peer-to-peer access to stored media, so you can share content around your home. You'll also get facial recognition software that will organize your photos based on faces.

But smart home devices weren't all that Lenovo announced today. The company also refreshed its family of ThinkPad X1 devices, announced the Miix 720, and even launched an all-new brand of gaming laptops called Legion.