Last week, I reviewed the Lenovo ThinkPad X13 Yoga, and now, it's time to take a look at the ThinkPad X13 Gen 1, which is the clamshell variant of that device. Unlike the Yoga, however, the clamshell is offered in both Intel Comet Lake and AMD Ryzen 4000 flavors. I opted to review only the AMD model, just to mix things up, since the Yoga is only Intel.

The ThinkPad X13 Gen 1 is the successor to the ThinkPad X390, and when I reviewed that last year, my biggest complaints were the smaller keyboard and some display issues, the latter of which isn't something I've noticed this time around. But if the X13 is a step below the X1, I have to say, I'm less impressed with the clamshell when compared to the X1 Carbon than I am with the X13 Yoga when compared with the X1 Yoga.

The ThinkPad X13 Gen 1 is compact, lightweight, and it packs some solid performance with AMD's Ryzen 4000 chips. However, it also comes in the same chassis as last year's ThinkPad X390.

As I always have to note, ThinkPad prices fluctuate, but this is the current price as configured. It's $1,624 with some built-in savings.

Like so many ThinkPads, it comes in any color you want as long as it's black. Indeed, the popular Henry Ford quote lives on in the world of ThinkPads. In fact, a top-down view of the ThinkPad X13 Gen 1 will show you a familiar sight, because it looks exactly like the X390 did last year. The dimensions are the same, it still weighs 2.84 pounds, and it's got a lid made out of carbon fiber with a base made out of magnesium alloy. 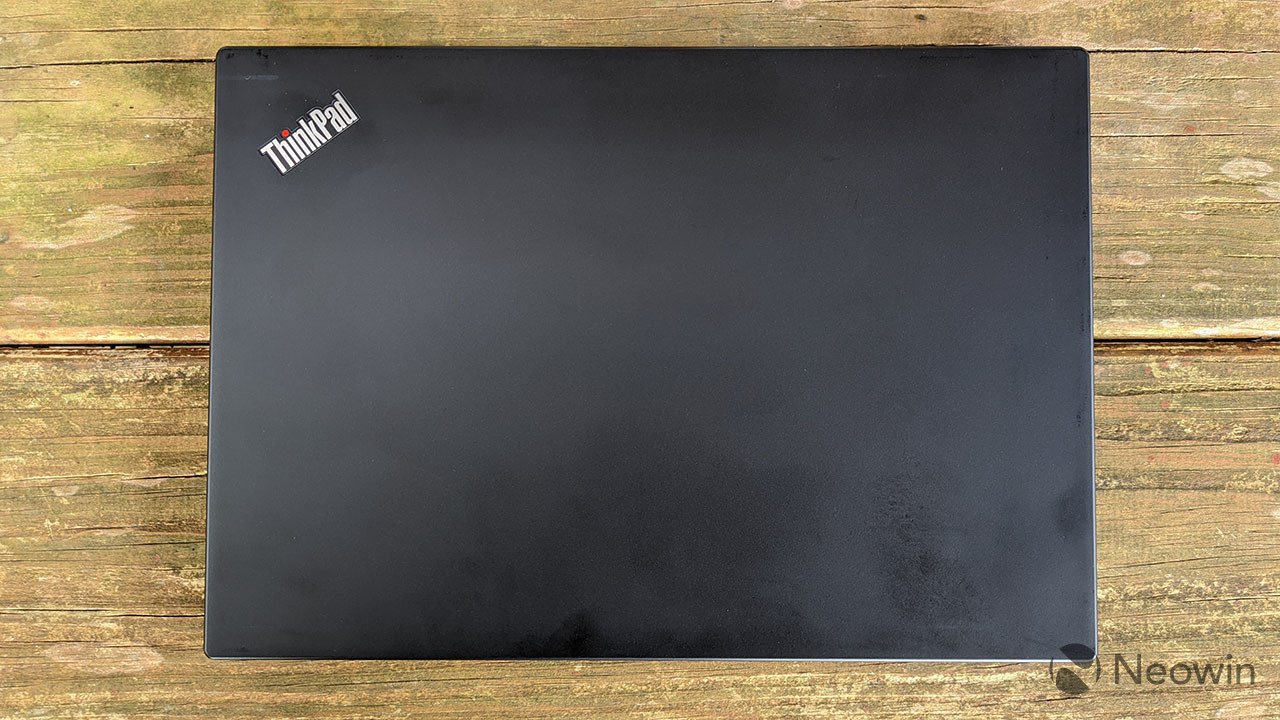 It's black, with the silver ThinkPad logo stamped in the top-left corner. It's a familiar sight for any mainstream ThinkPad, to be honest.

At 2.84 pounds and 12.28x8.55 inches, it's both lightweight and compact. And like all ThinkPads, it's MIL-STD-810G certified with a dozen different tests. That means it can handle things like shocks, extreme temperatures, and more. ThinkPads are business PCs, so they sort of have to be able to take a beating. 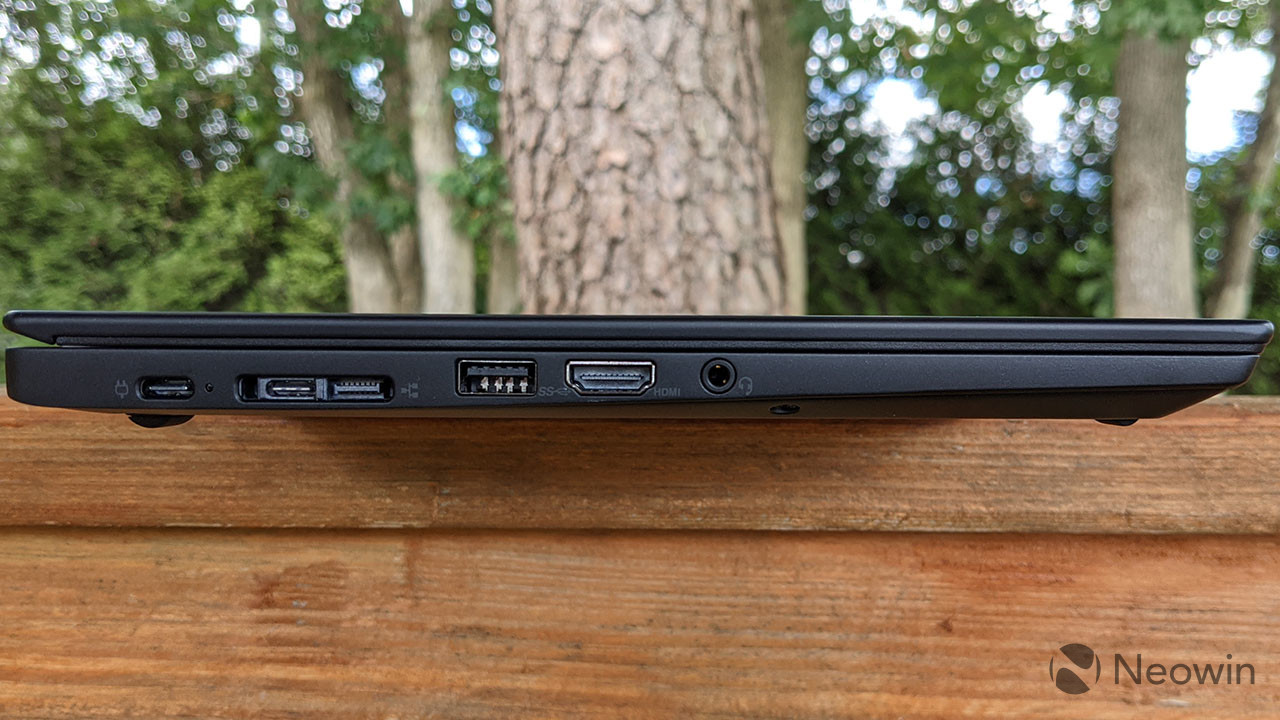 As usual, the port selection is the biggest difference between the Intel and AMD models. You'll notice two USB Type-C ports on the left side, which are USB 3.2 Gen 2 for 10Gbps speeds, while the Intel model has two Thunderbolt 3 ports there. Thunderbolt is very much an Intel thing, and while an OEM could add it to an AMD-powered PC, I've still never seen it happen.

The USB Type-C port on the right can be used for mechanical docking, and has an Ethernet Extension port next to it. Also on the left side is a USB 3.2 Gen 1 Type-A port for 5Gbps, HDMI 2.0, and a 3.5mm audio jack. Also notable is that the HDMI port is HDMI 1.4b on the Intel model. HDMI 2.0 is a significant upgrade for powering 4K displays, and I assume that it's better on the AMD model due to the lack of Thunderbolt 3. 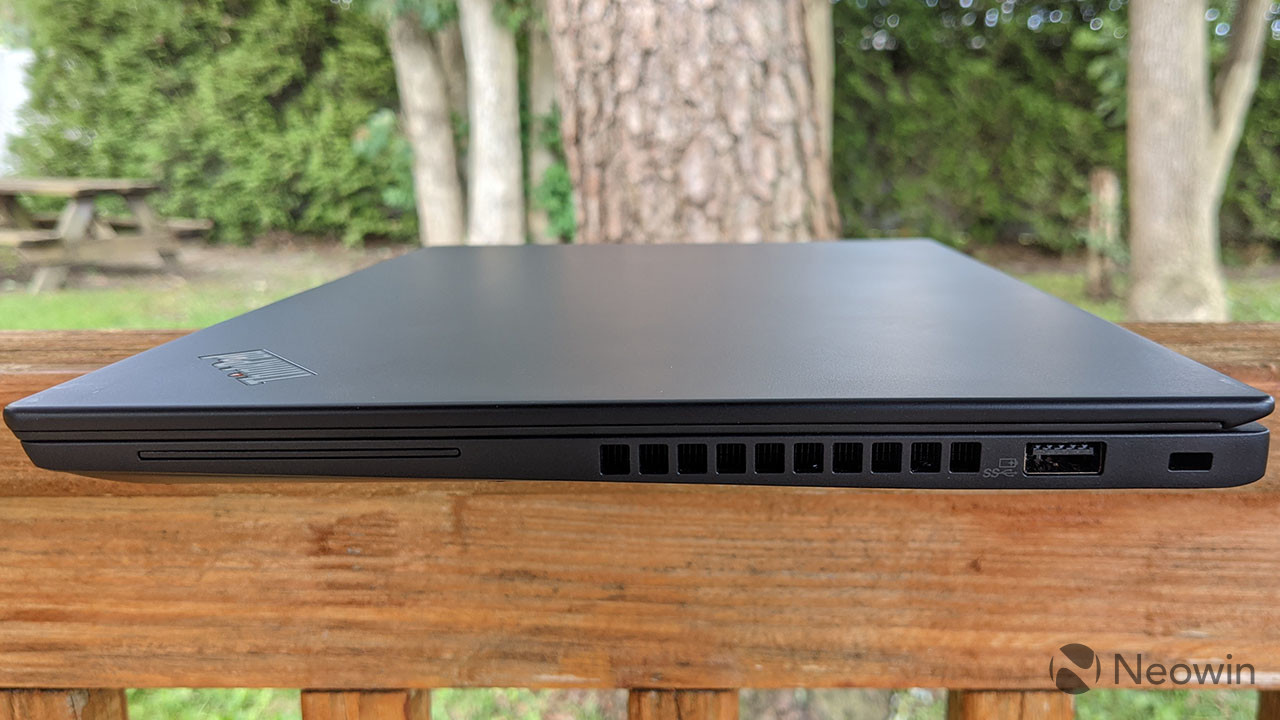 On the right side, there's an additional USB 3.1 Gen 1 Type-A port. Frankly, the selection of ports, and their placement on the PC, is similar to many ThinkPads.

The model that Lenovo sent me includes a 13.3-inch FHD touchscreen at 300-nit brightness. There's also a non-touch FHD 300-nit option, and an HD 250-nit panel, which is the one in the base model. I'm happy to report that the options are the same for the Intel and AMD models, something I couldn't say for the ThinkPad T14s. 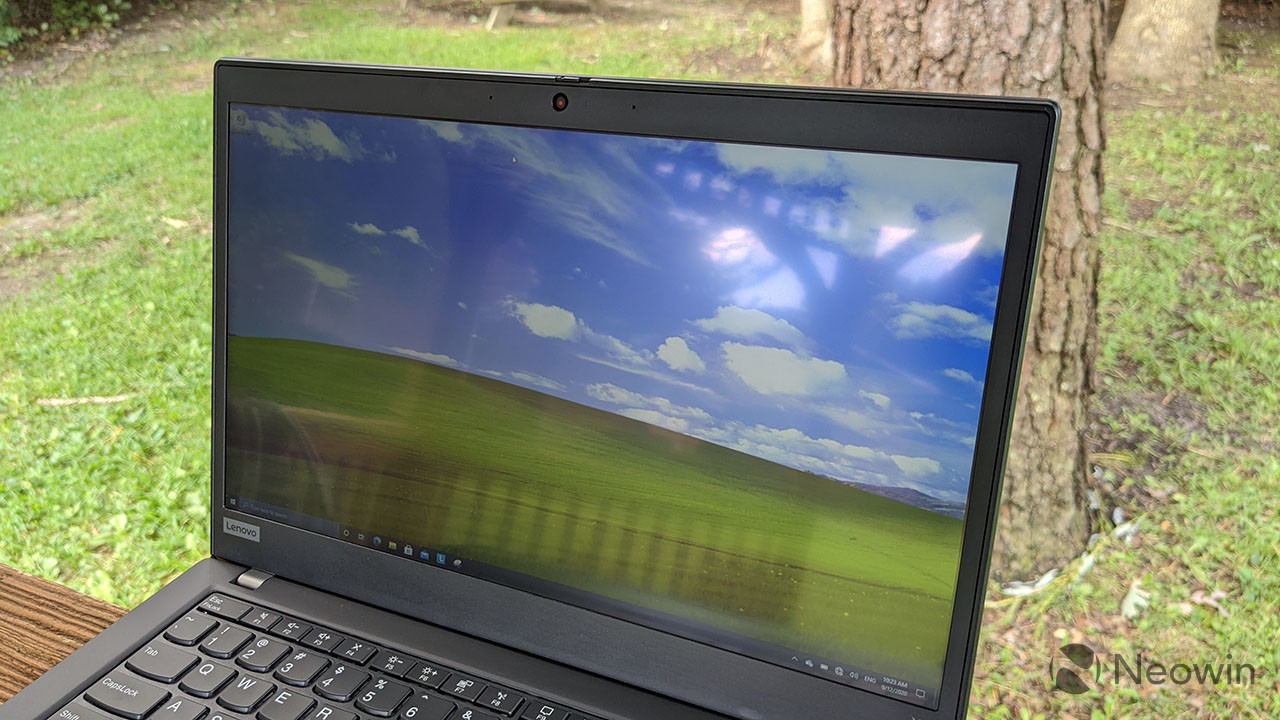 As far as displays go, this one is perfectly satisfactory. I had to use it at full brightness pretty much all of the time, although it was fine outside, thanks to the matte anti-glare finish. Color accuracy is fine, but the key word I used when describing this screen is "satisfactory". There's nothing that stands out about it, but you won't have any complaints. 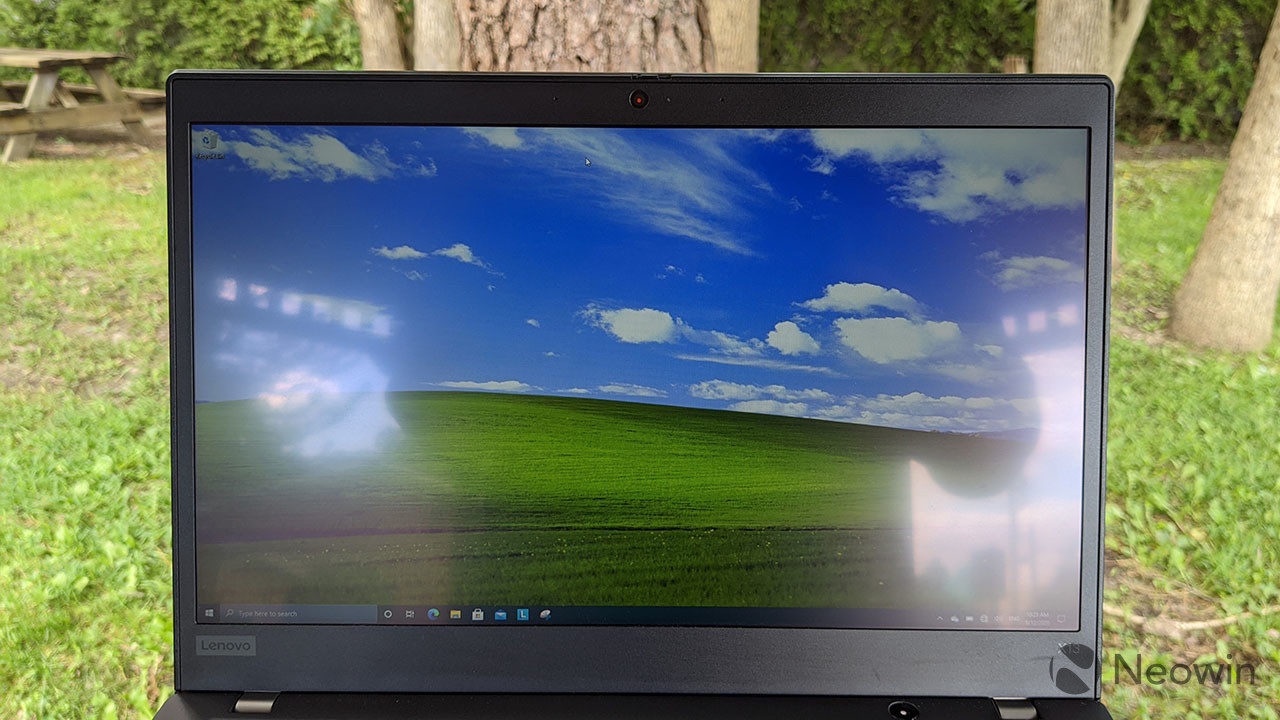 Like all ThinkPads this year, part of me wants to complain about bezels. That's because nothing has really been redesigned this year. While the internals are from 2020, the chassis is most definitely from 2019. It's not terrible, and if you're thinking about handing this out to your team, it's the last thing you're thinking about, but I'd like to see the bezels chopped down a bit. 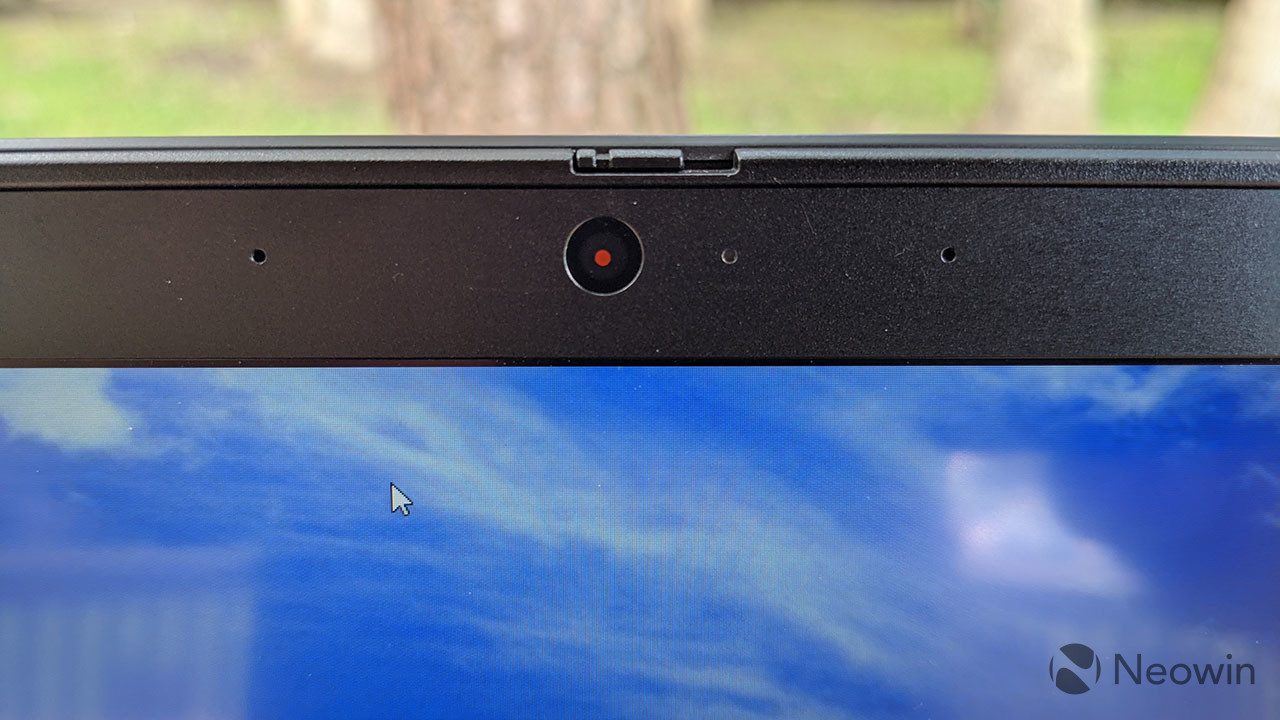 The top bezel fits a webcam with a ThinkShutter privacy guard, and you can get it configured with an IR camera for facial recognition. This model only has a webcam though. 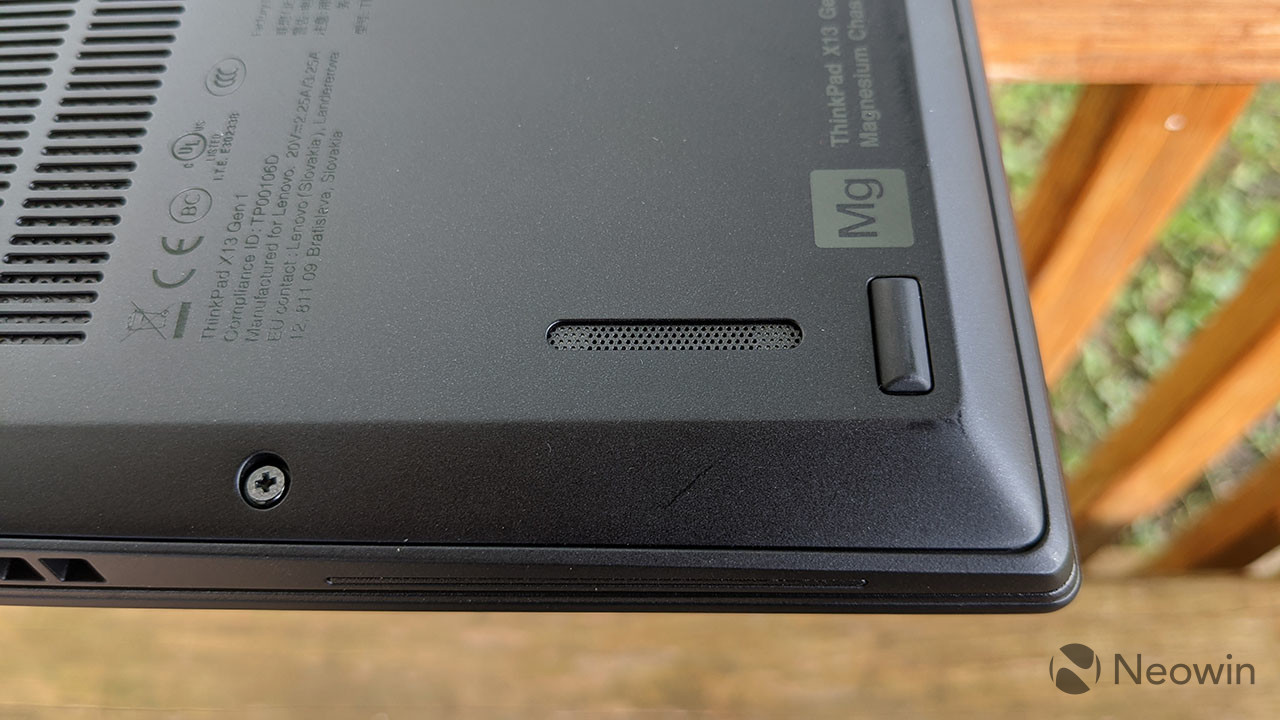 The ThinkPad X13 Gen 1 has two 1W speakers placed on the bottom of the device, and they're surprisingly loud. They won't blow the roof off or anything, but I'm certain that they'll exceed expectations for 1W speakers. They're tuned with Dolby Audio too, so they sound good.

Lenovo is renowned for its ThinkPad keyboards, and this one is no exception. Looking back at my ThinkPad X390 review, I was reminded that I found it to be small, wishing that the company used more of the available real estate for a bigger keyboard. 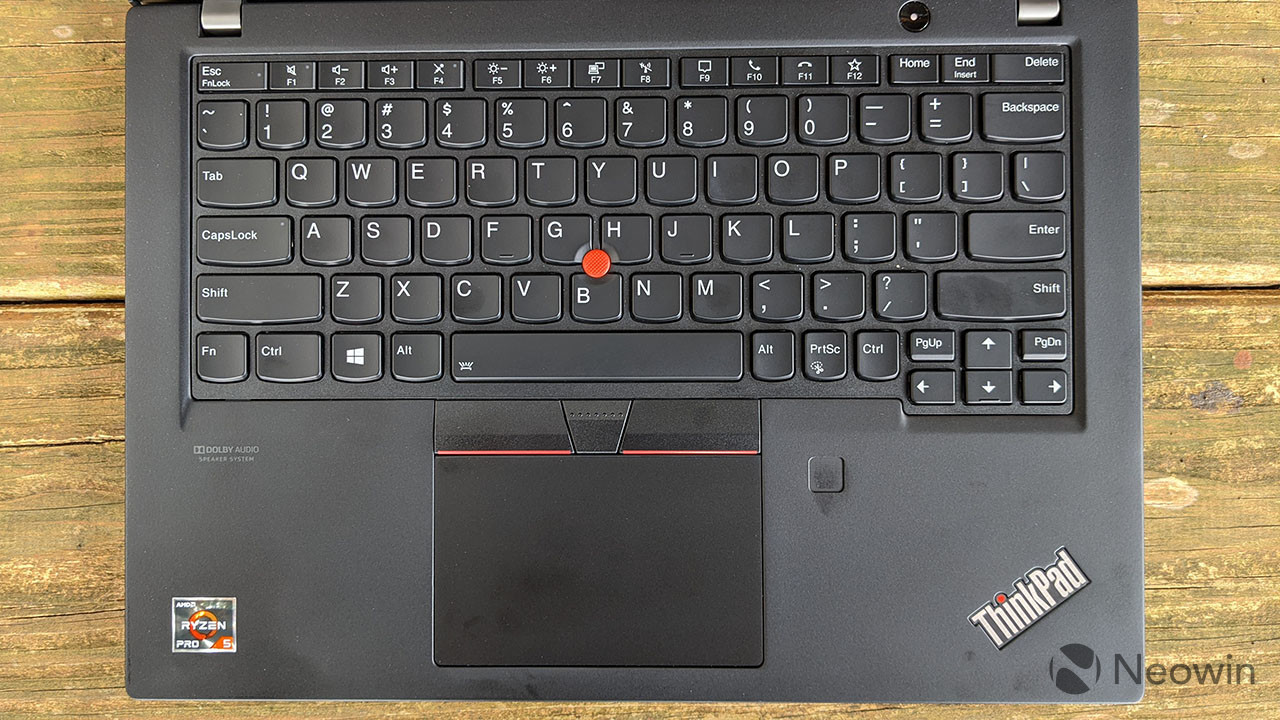 That being said, it's an excellent keyboard to use. It's comfortable, and it's accurate. It's the type of thing that you can type on all day and not miss a beat. I personally use a ThinkPad keyboard for work, so it's no stretch when I say I like it. I do like the keyboards on convertibles a bit better though, just because I feel like they're a bit shallower. 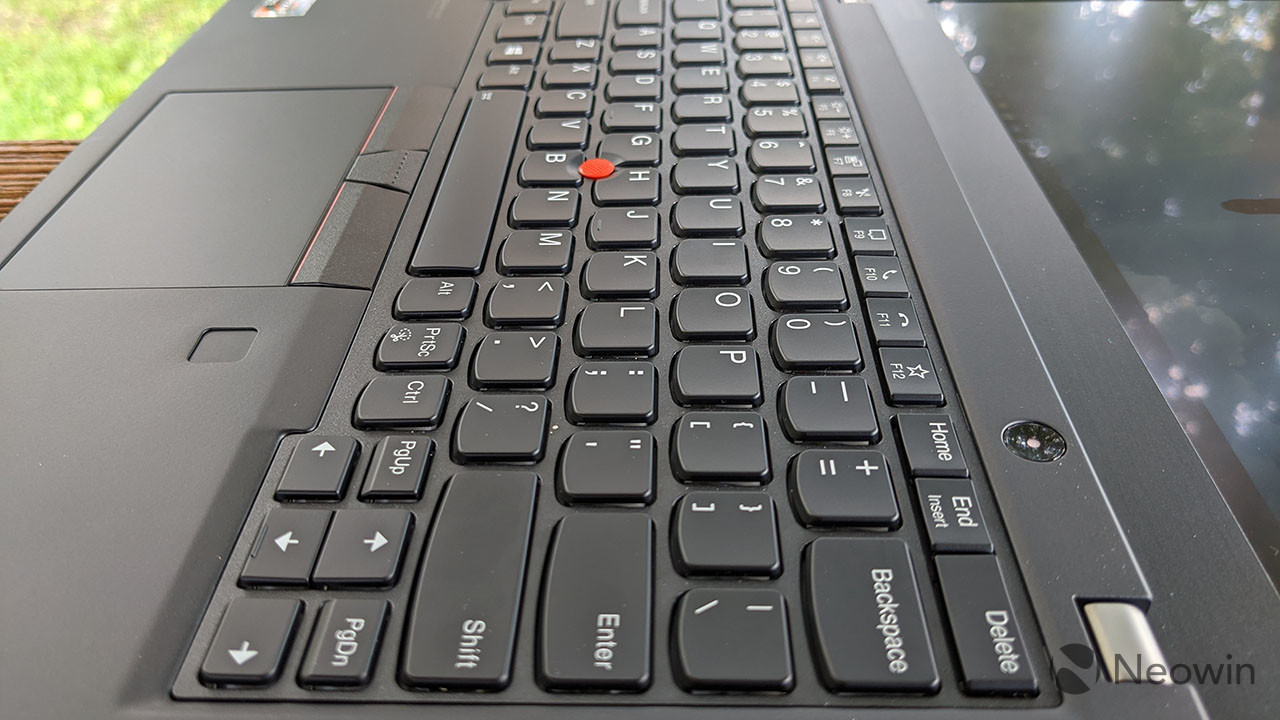 Right smack in the middle of the keyboard is the TrackPoint, the red nub that you can use to control the pointer. That's not going anywhere on ThinkPads, and to be clear, it's absolutely included on all ThinkPads. It's a relic from the age when trackpads were terrible on Windows laptops. 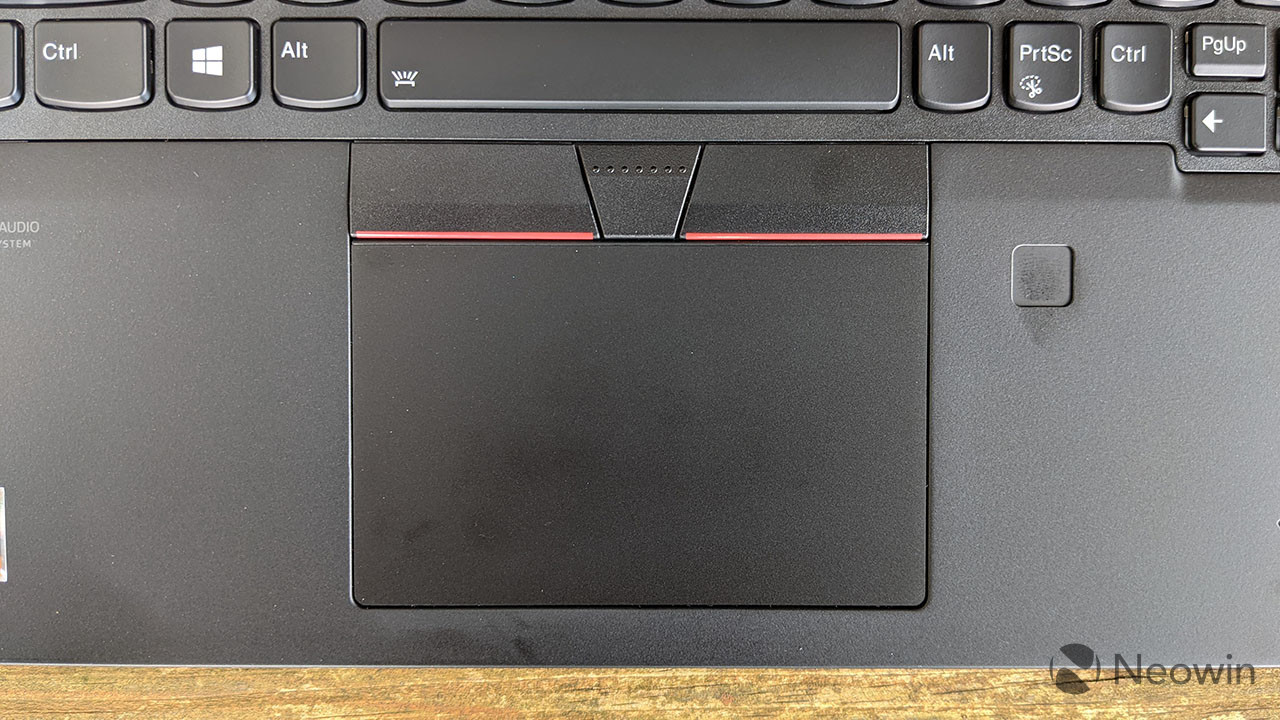 But those days are gone, because now we have Precision trackpads, which are fast, responsive, and support proper gestures. Lenovo also includes physical buttons, which are meant to be used with the TrackPoint; however, I use them with the trackpad for easier drag-and-drop operations.

The Ryzen 5 PRO 4650U is a hexa-core processor with 12 threads and a 15W TDP. It's built on AMD's 7nm process, a big improvement over what Intel offers, which is still 14nm in the world of business PCs. In my experience, a Ryzen 5 is more on par with a Core i7, and a Ryzen 7 just beats anything that Intel has in the same category.

Let's look at some benchmarks, for which I used PCMark 8 and PCMark 10.

Note that had I not included the Ryzen 7 in the ThinkPad T14s, which is also available for this PC, the Ryzen 5 PRO 4650U would have beaten everything else in almost every test.

As far as battery life goes, it's not great, getting about five hours of real-world usage, meaning working in Chrome, listening to music through a browser tab, and so on. As usual, the power slider was one notch above battery saver; however, with this machine, I had brightness at 100%, which I found to be necessary for usage.

My biggest complaint about the Lenovo ThinkPad X13 Gen 1 is that the design feels a bit dated for a PC that I do consider premium, even if this configuration comes in at under a thousand dollars. I have no doubt that we'll see slimmer bezels on next year's model, which will be called Gen 2 under the new naming model, as Lenovo does tend to redesign all of these things at once. Honestly, the whole array of ThinkPads from this generation is mostly a spec bump, but that that's a bad thing. 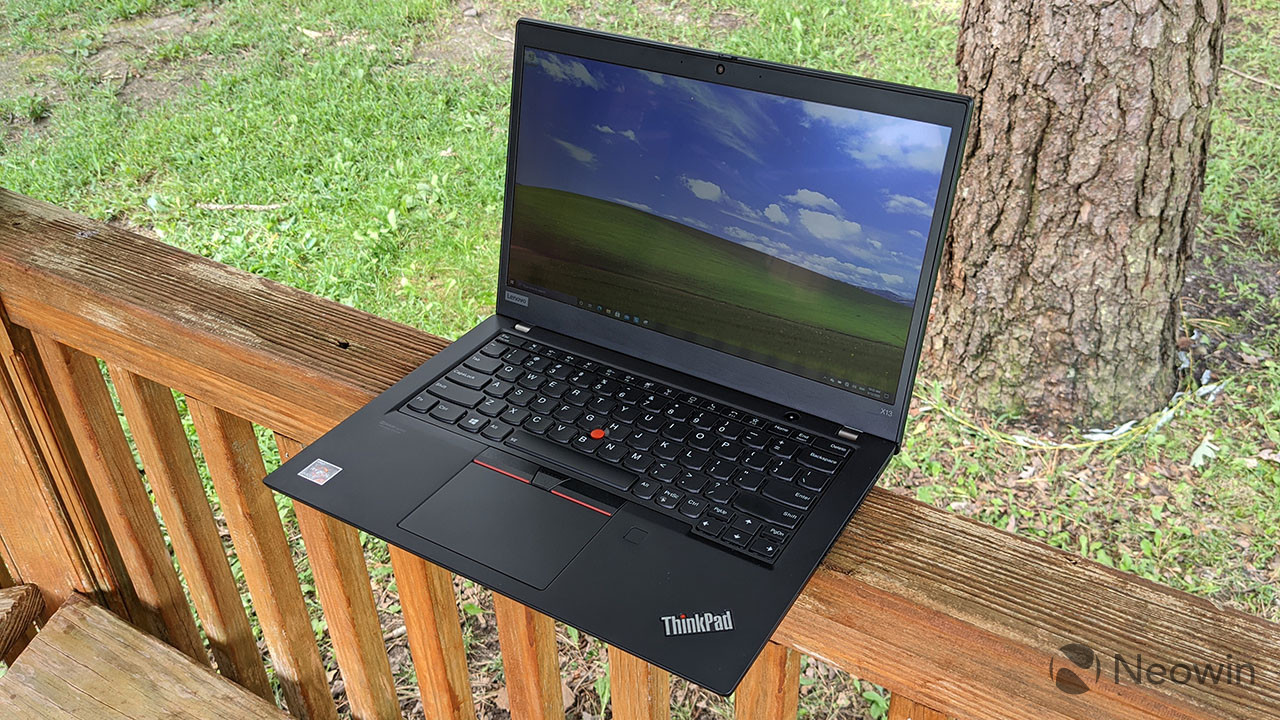 But overall, it's a pretty great PC, checking the right boxes for a business PC that you might be handing out to your team. It's got a solid build quality, something that you'll find on all ThinkPads, and an excellent keyboard. And that's what you get when you buy a ThinkPad. You get a well-built machine.

What's cool about a lot of this year's models is that they offer AMD Ryzen 4000 alongside Intel Comet Lake, and the reason that's great is because AMD Ryzen 4000 is just so much better, and it tends to be more inexpensive. So if you're looking for a business laptop that's compact, lightweight, and can pack a punch, the ThinkPad X13 gets the job done without breaking the bank.