There was a time when mobile phones were mainly tools. They didn't offer any style and their main purpose was about keeping people connected while being on the go. Sure, things got a little better as time progressed, but it wasn't until the birth of the iPhone that many consumers considered their handsets as something more. It was a tipping point that would usher in a new era. 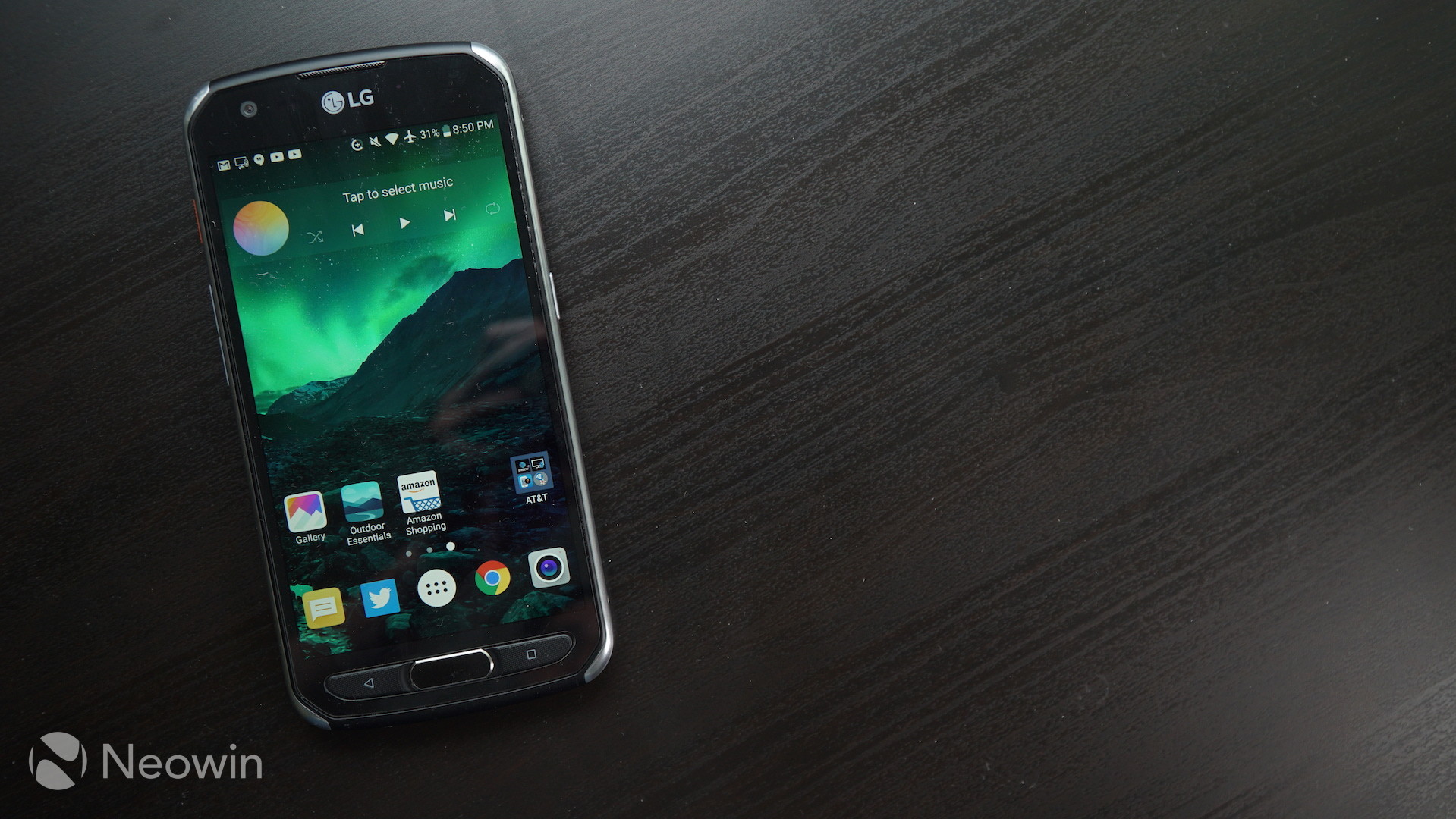 In 2017, there are many examples of handsets that look phenomenal, offering premium materials like metal and glass, with sleek designs and svelte exteriors. Unfortunately, there is a trade off to all of this, as the handset is less resilient to accidental drops or damage. While this compromise might be okay for a majority of users, there are folks that prefer the opposite, with a handset that is robust and capable of surviving a tougher life. Luckily, LG recognizes this niche clientele and has created the X venture for 2017. 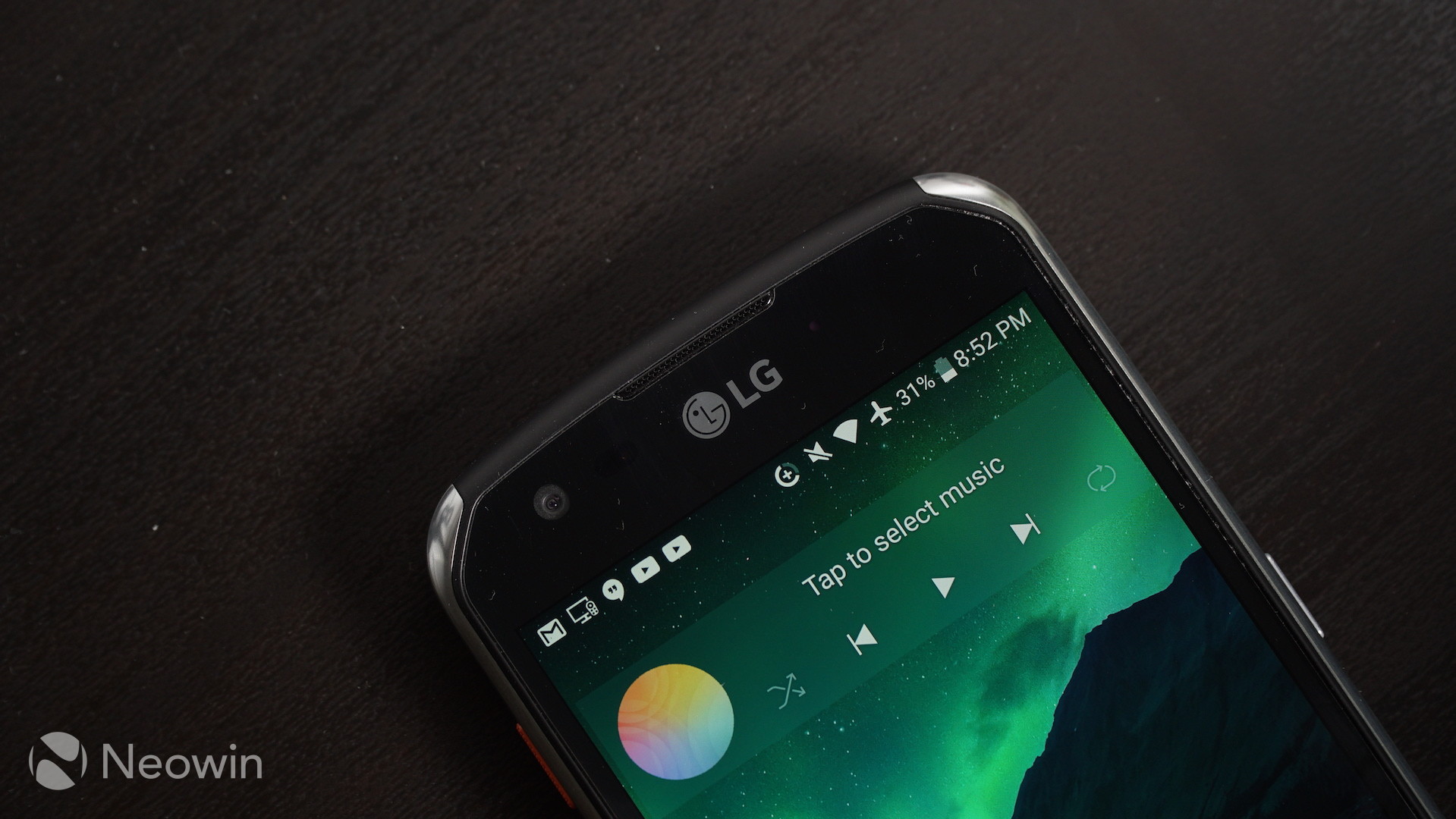 The X venture is a handset that doesn't invoke the latest trends from 2017 and instead looks like something that LG would have designed in 2011. The device as a whole looks understated, offering a black and silver color combination with a majority of the front real estate being utilized by the 5.2-inch 1080p IPS LCD display. This means that color reproduction is great, and viewing angles are top notch. When viewing the screen outdoors, things look fairly good, although in direct sunlight it does get a bit washed out. Underneath the display, there is a row of physical buttons, giving users immediate access to the home, back, and overview button. The home button doubles as a fingerprint reader and although quick, will require users to first depress the button to wake the device, prior to unlocking it. This isn’t a big deal, but simply placing a finger on the reader to unlock it would have been quicker and more ideal. 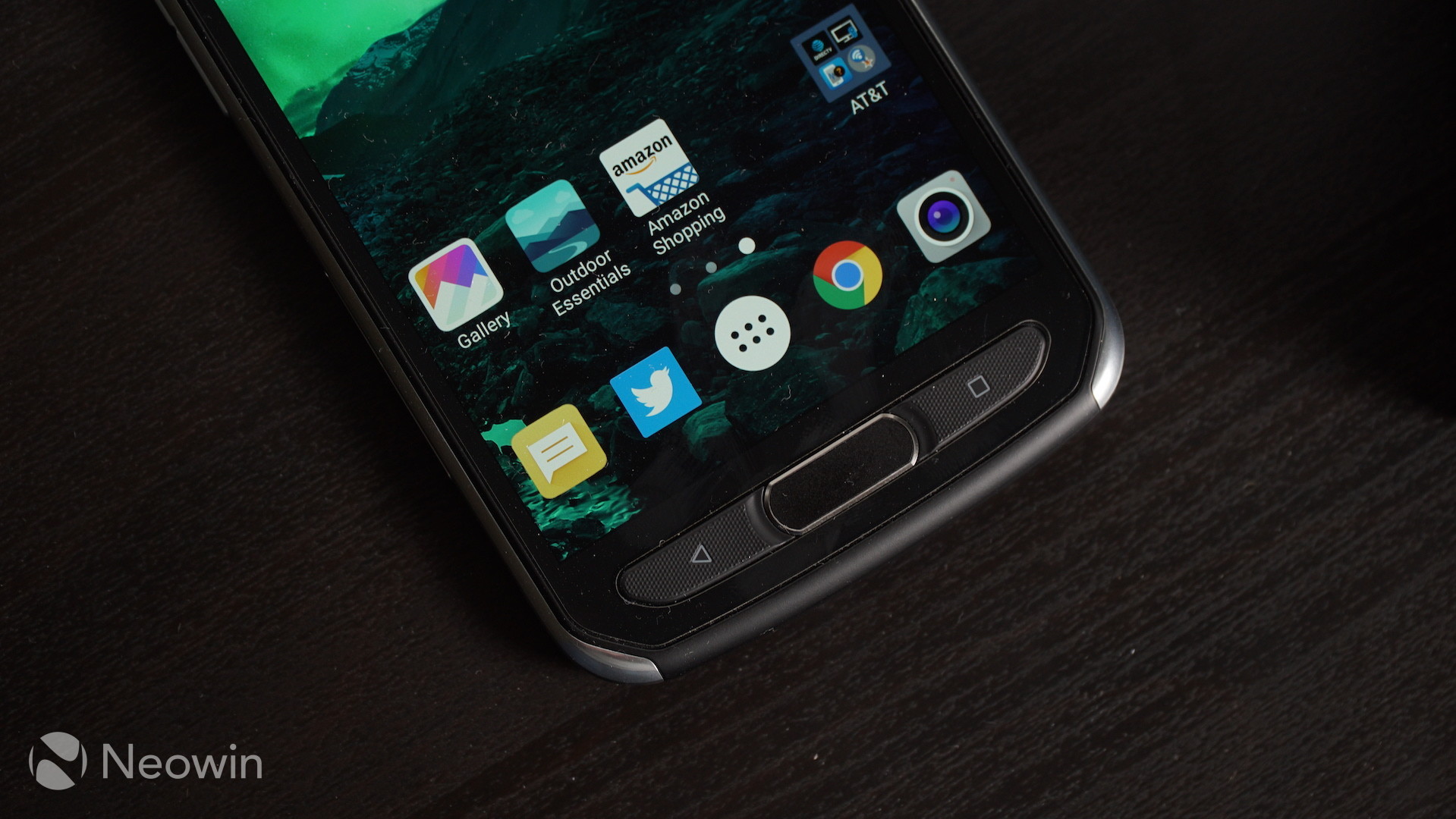 The rear has a durable silicone skin that can absorb shock and also provide a better grip, along with a stainless steel frame that provides a rigid spine, minimizing drop damage. This isn't just for show mind you, as it has "passed 14 different MIL-STD 810G tests for durability conducted by an independent laboratory", making sure that it adheres to U.S. military standards. The device has a IP68 rating, meaning it can be submerged in water for up to 30 minutes. 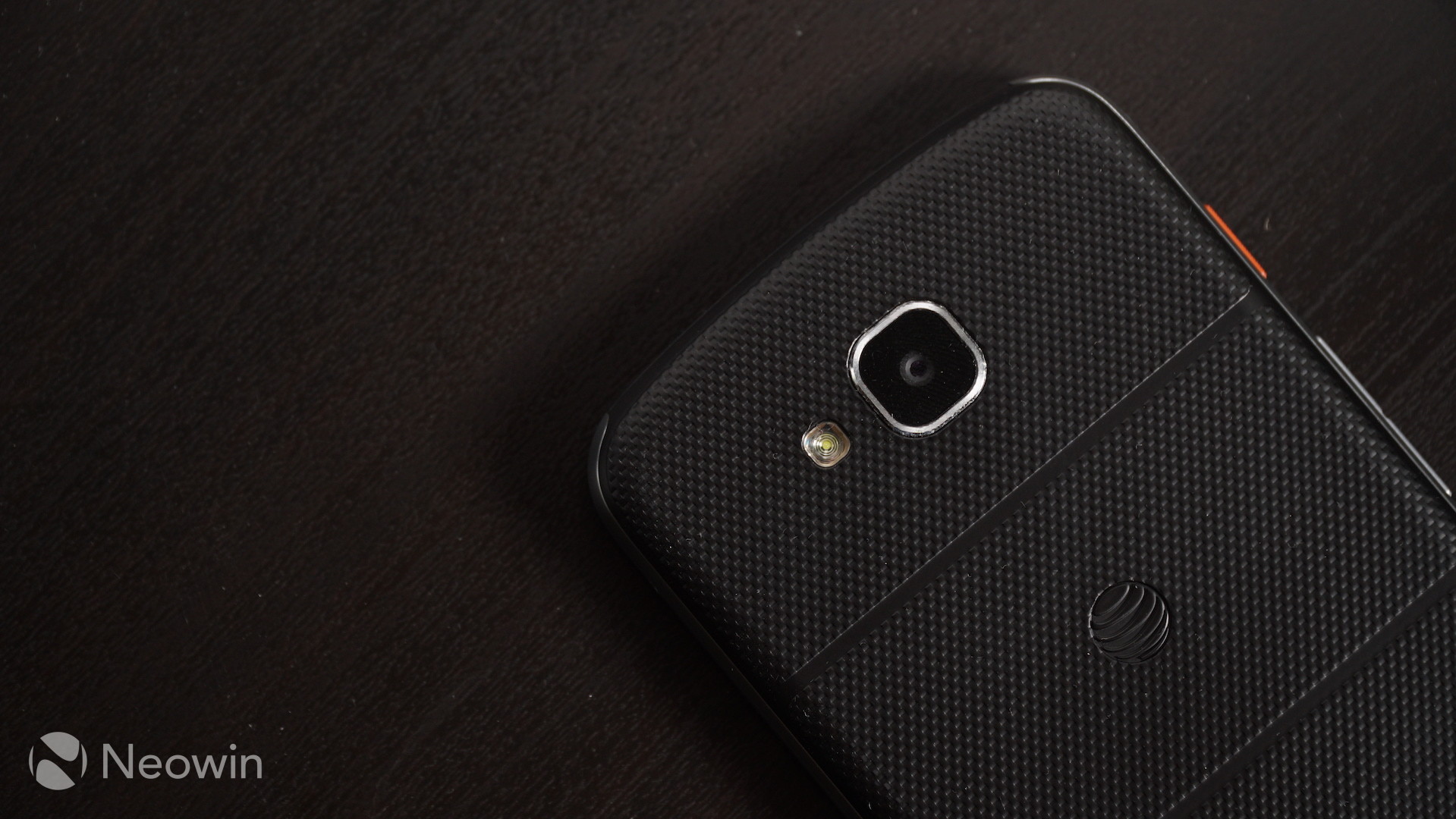 Along with the silicon on the rear, the device houses a speaker and a 16MP camera with flash. On the steel frame, there are the usual buttons like the volume rocker, power button, but also a QuickButton that will give users easy access to a tool set called Outdoor Essentials which includes a barometer, compass, activity tracking, flashlight, and more. This button can also be customized to activate different apps when pressed, long pressed, or pressed twice. Although it sounds like something simple, this is a rather useful addition and comes in handy during daily use. 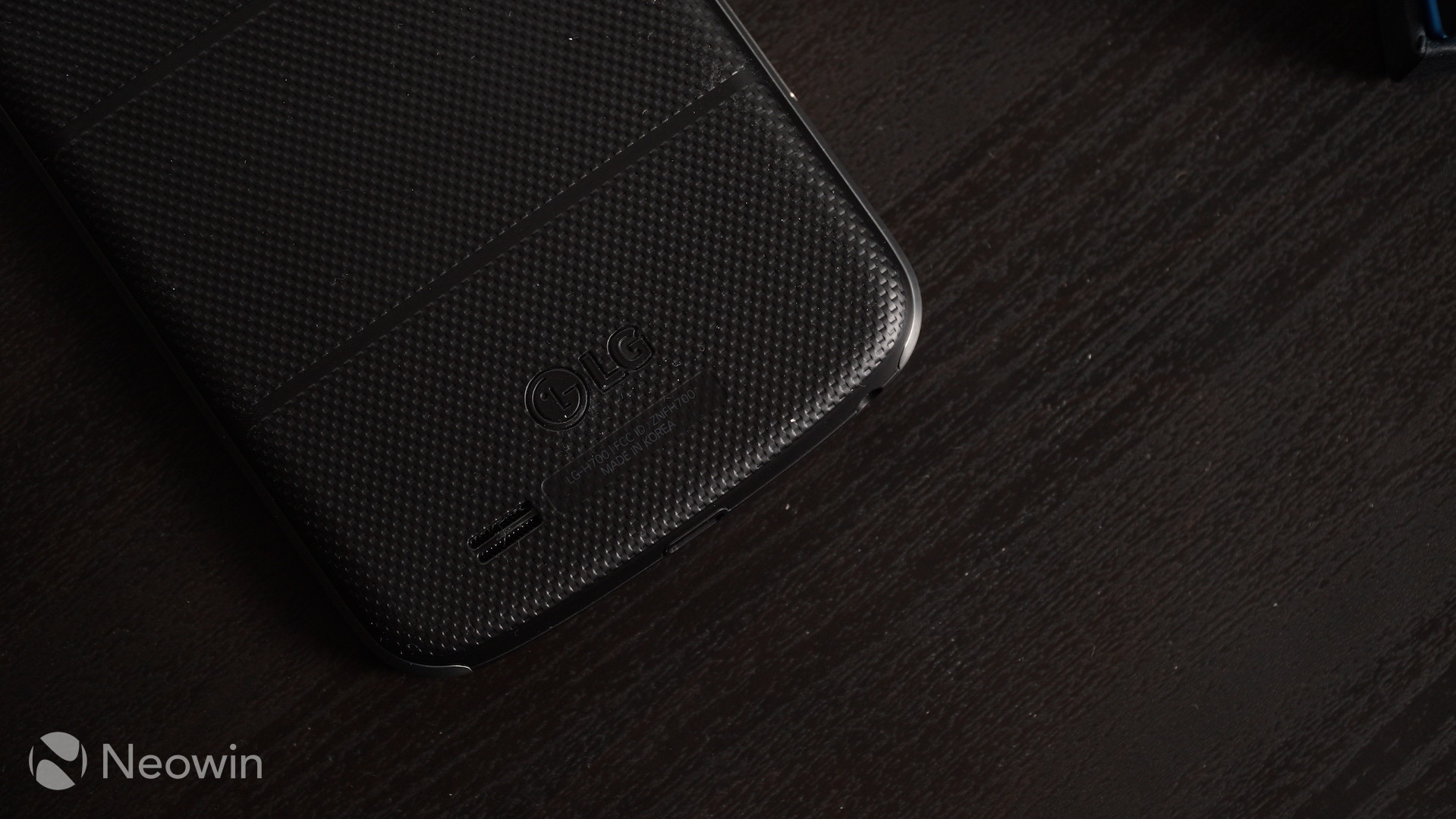 Overall, the handset feels good in hand, coming in at a reasonable size and offering just the right amount of heft. Granted, it doesn't look the most modern, but it still has all of the things you’d need, including a 3.5mm headphone jack on the bottom. Although pretty good overall, there are still a couple points of complaint, with one being the textured material on the rear and how it has a tendency to catch when being stuffed in a pocket or bag. The other is the physical buttons located on the sides of the device - they are extremely sensitive and are prone to accidentally being activated. 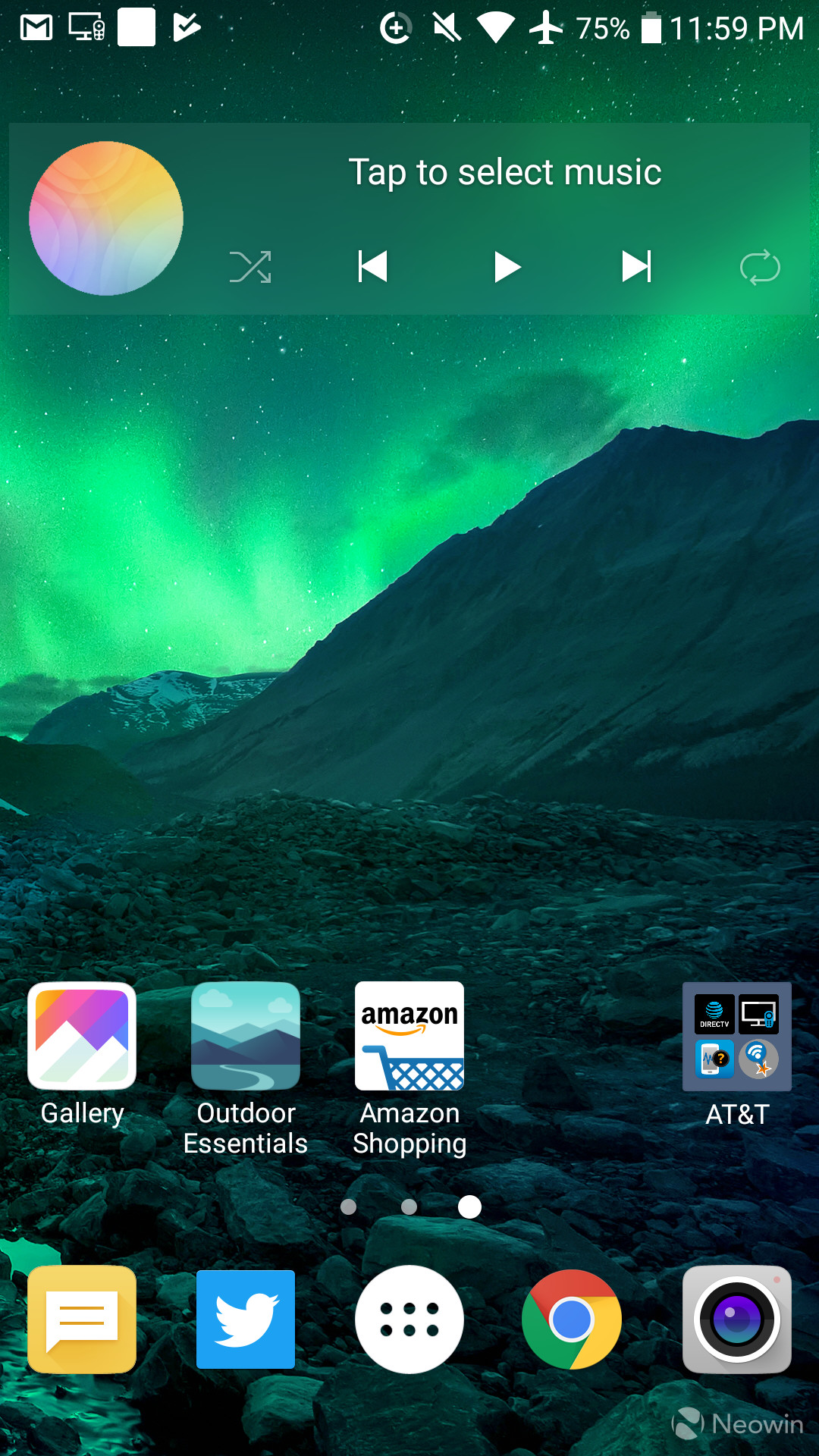 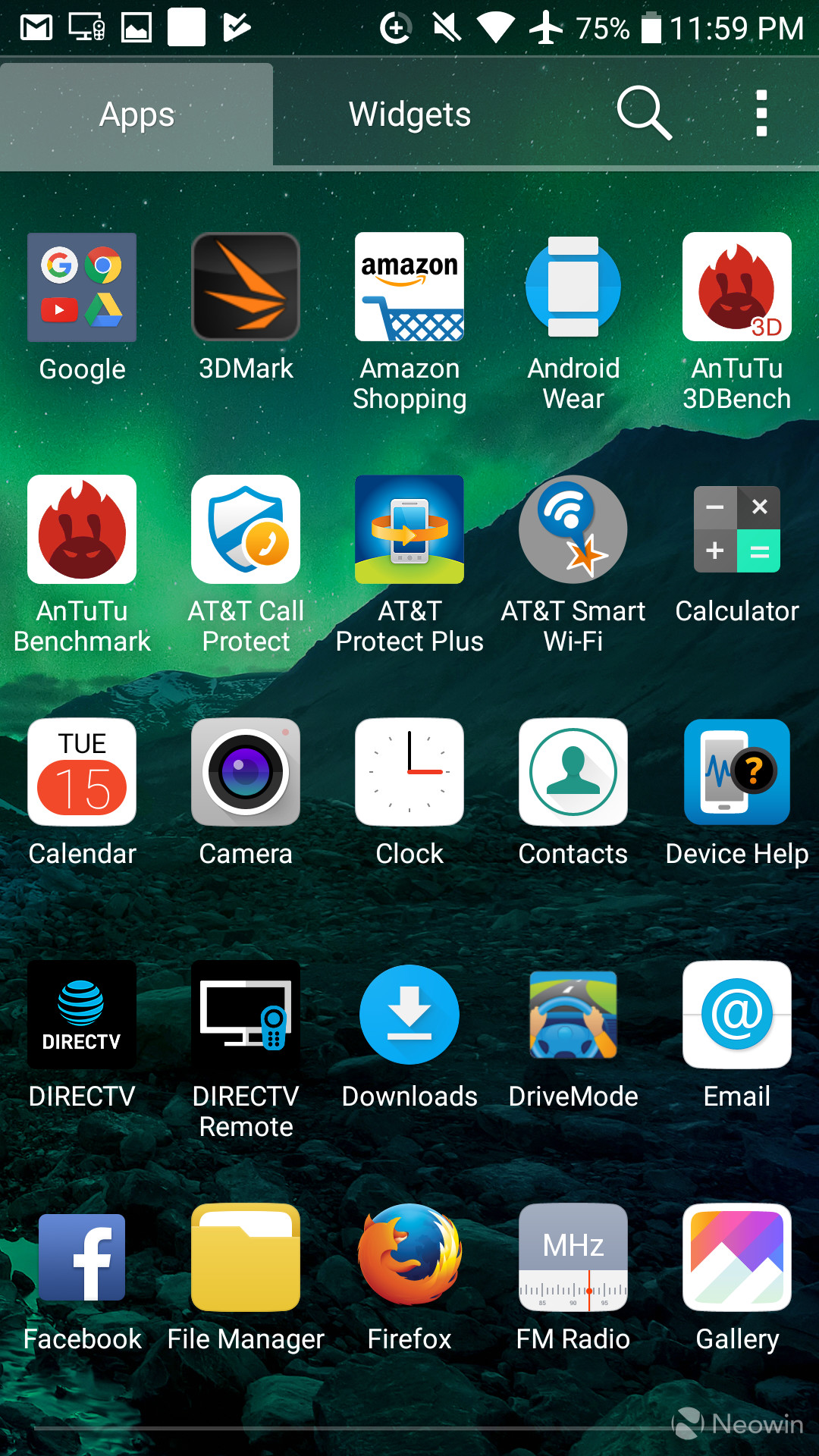 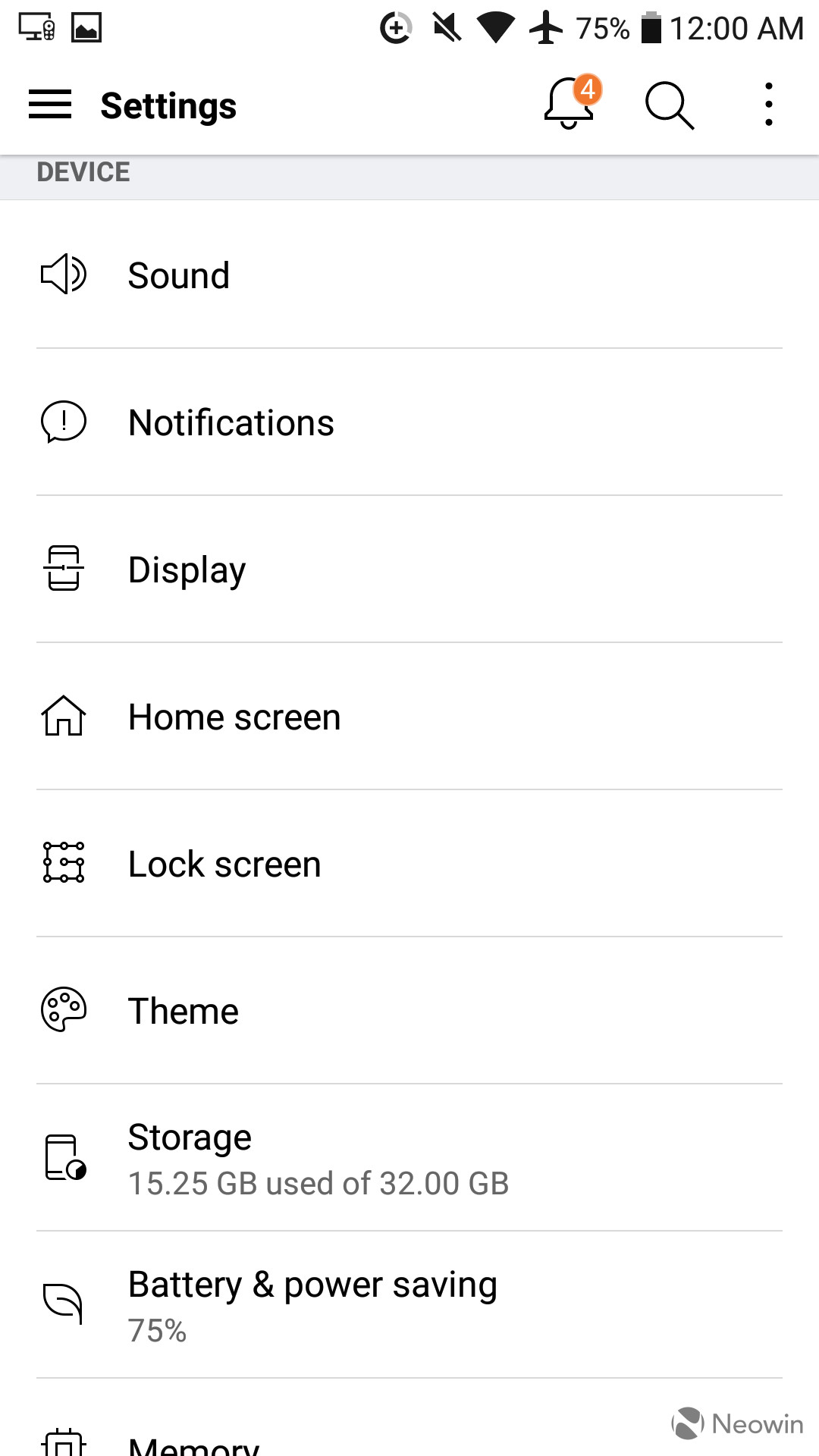 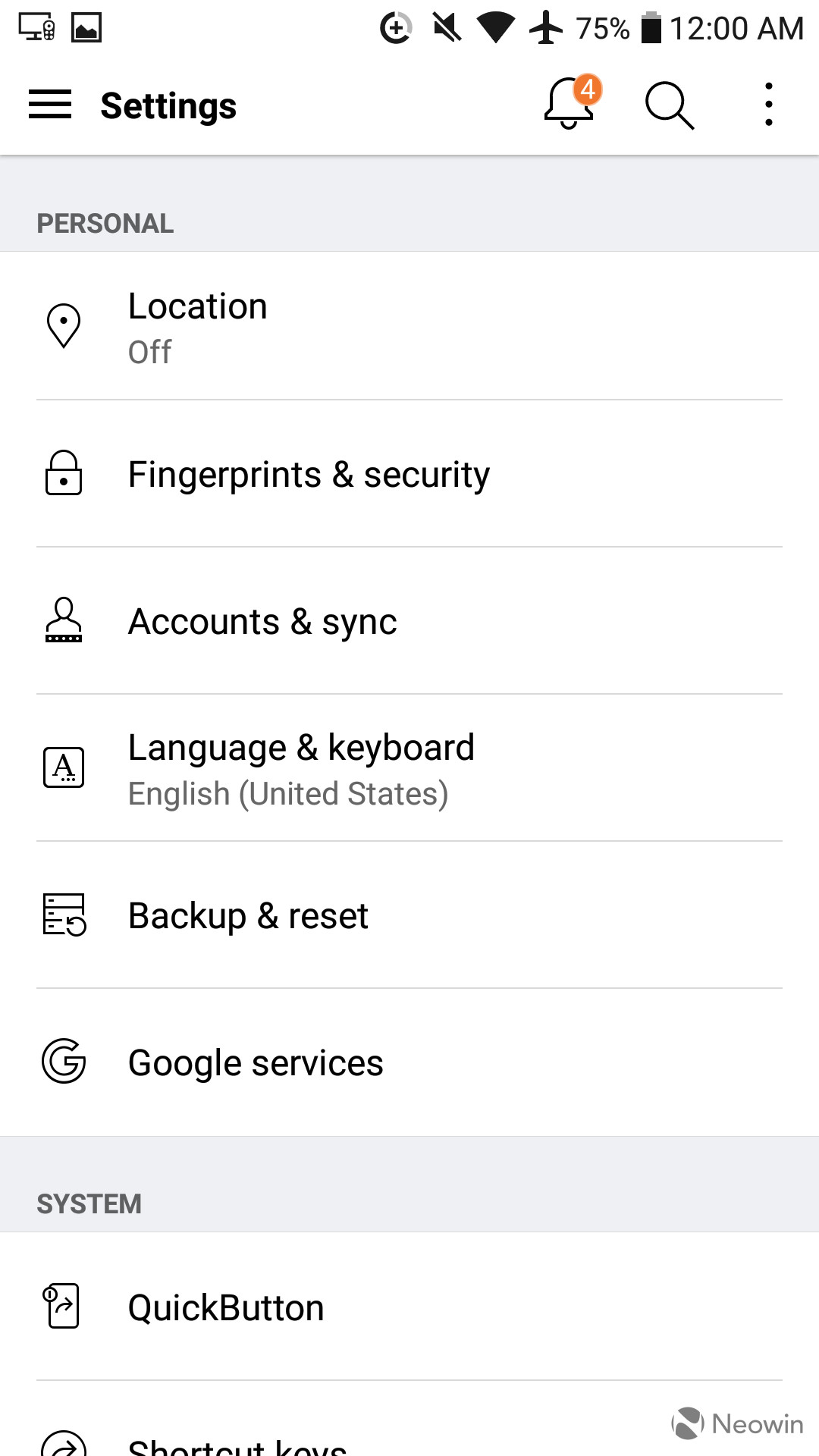 The X venture comes out of the box with Android 7.0 Nougat. At the time of this writing, there are no updates, with the latest security patch being from April. LG makes use of its own custom UI skin on top of Android, dubbed UX, coming in at version 5.0+. While out of the box it comes with all of the apps exposed on multiple screens, you do have the option to change to one that aligns with the more traditional look with an app drawer. For those looking for a more simplified experience, there is also a setting called EasyHome which enlarges icons, while also making it easier to access contacts and the dialer by having them as dedicated areas on the home screen. 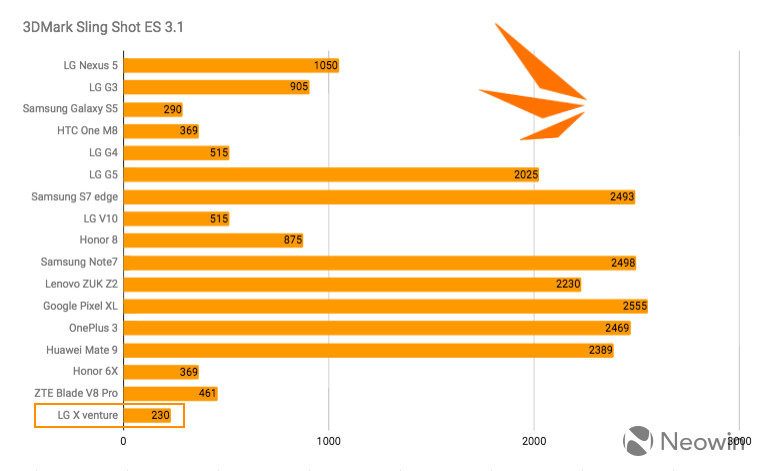 Despite it coming with a Snapdragon 425 processor and 2GB RAM, the phone feels relatively smooth. Mind you, it isn’t the fastest by any means, but there isn’t a blatant display of slow down when opening apps or using the web. Sure, it isn’t quite as snappy as say something with a Snapdragon 820, but in day to day use, this could easily please most users. 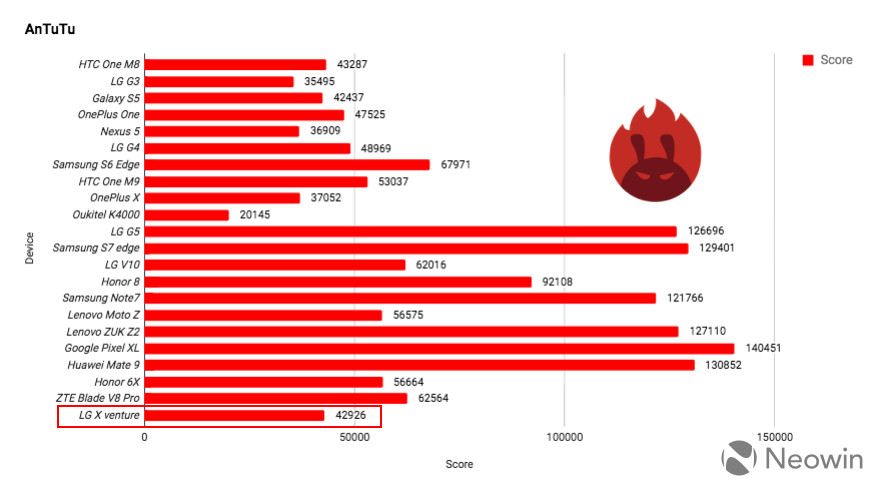 With that said, if you’re someone that loves to game on mobile and is looking for the best experience, this handset will definitely not be for you. Also, the rear speaker can get decently loud, but the quality at any volume sounds hollow and metallic and can get easily muffled by either the hand or when placed on a flat surface. The numbers from benchmark tests have been included and can be seen above. 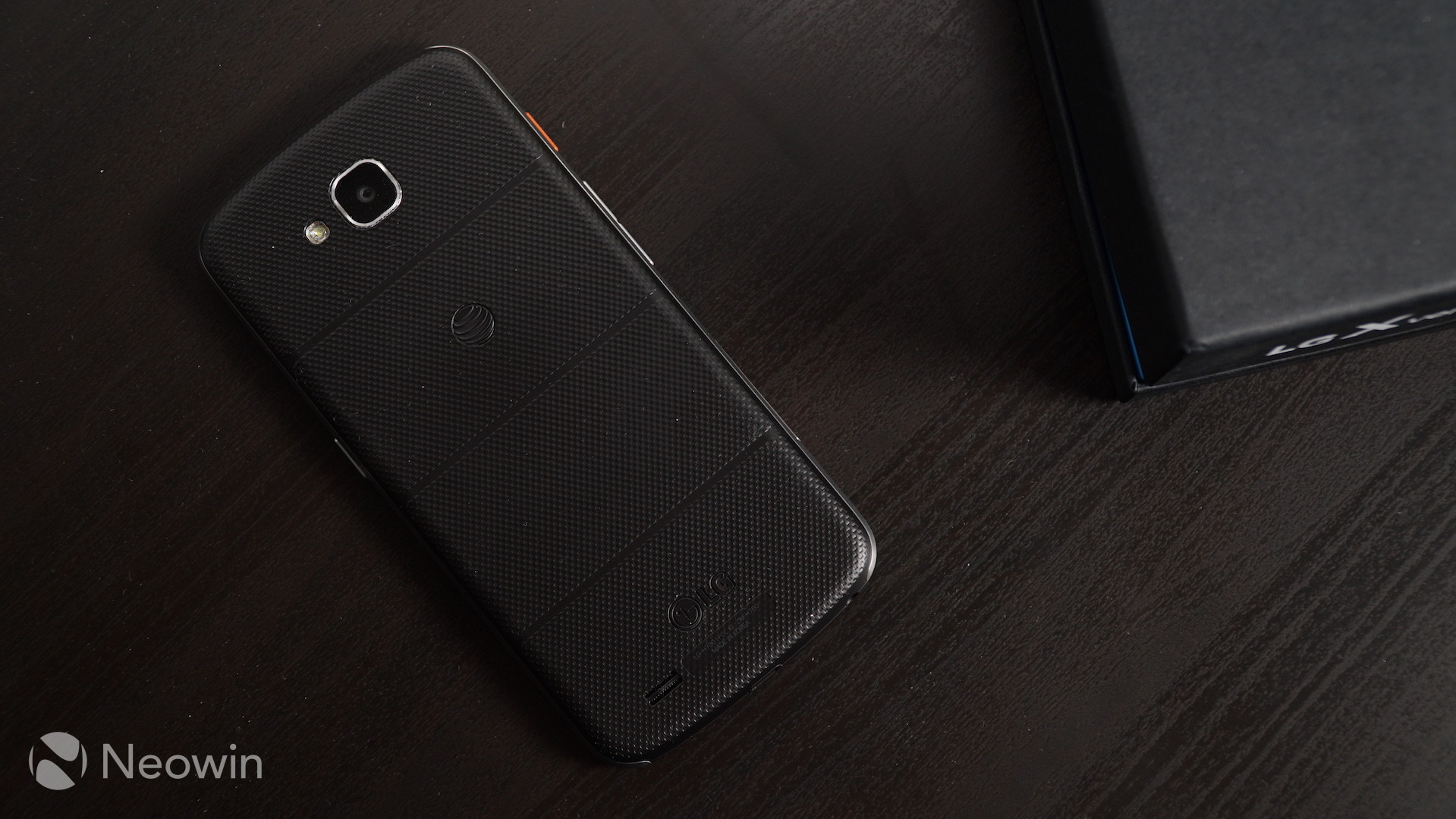 The camera is an important part of any smartphone nowadays, being used by many to shoot on the go and as their primary means of capturing their life’s moment. The X venture boasts a 16MP camera, which might not have all of the bells and whistles, but still offers a decent set of tools to make your experience better - like HDR, face detection, burst mode, and even stabilization when shooting videos.

Unfortunately, despite the high megapixel count, the images and videos the phone produces are relatively lackluster. Things look okay during the day, although they aren't as crisp as you'd expect. Also, it does seem to take its sweet time when trying to focus, requiring sometimes a good two to three seconds to gain a lock on the subject. This might not sound like a lot of time, but it feels like an eternity when framing a photo.

As for video, you probably won't want to rely on the quality as even in optimal situations things look quite grainy. If there is one thing to praise about the phone's video shooting capability, it's the steady recording feature that does a pretty good job of keeping the footage stable. This looks good during the day, but it would be best probably not to utilize it at night, as the mix of the stabilization and shutter speed leave quite a mess.

Those that were looking for a more in-depth experience will be disappointed, as the handset does not offer a manual mode found in LG’s higher tier handsets. As stated before, the 16MP shooter is okay, but it definitely won't be one to rely on when and if you are shooting an important event. 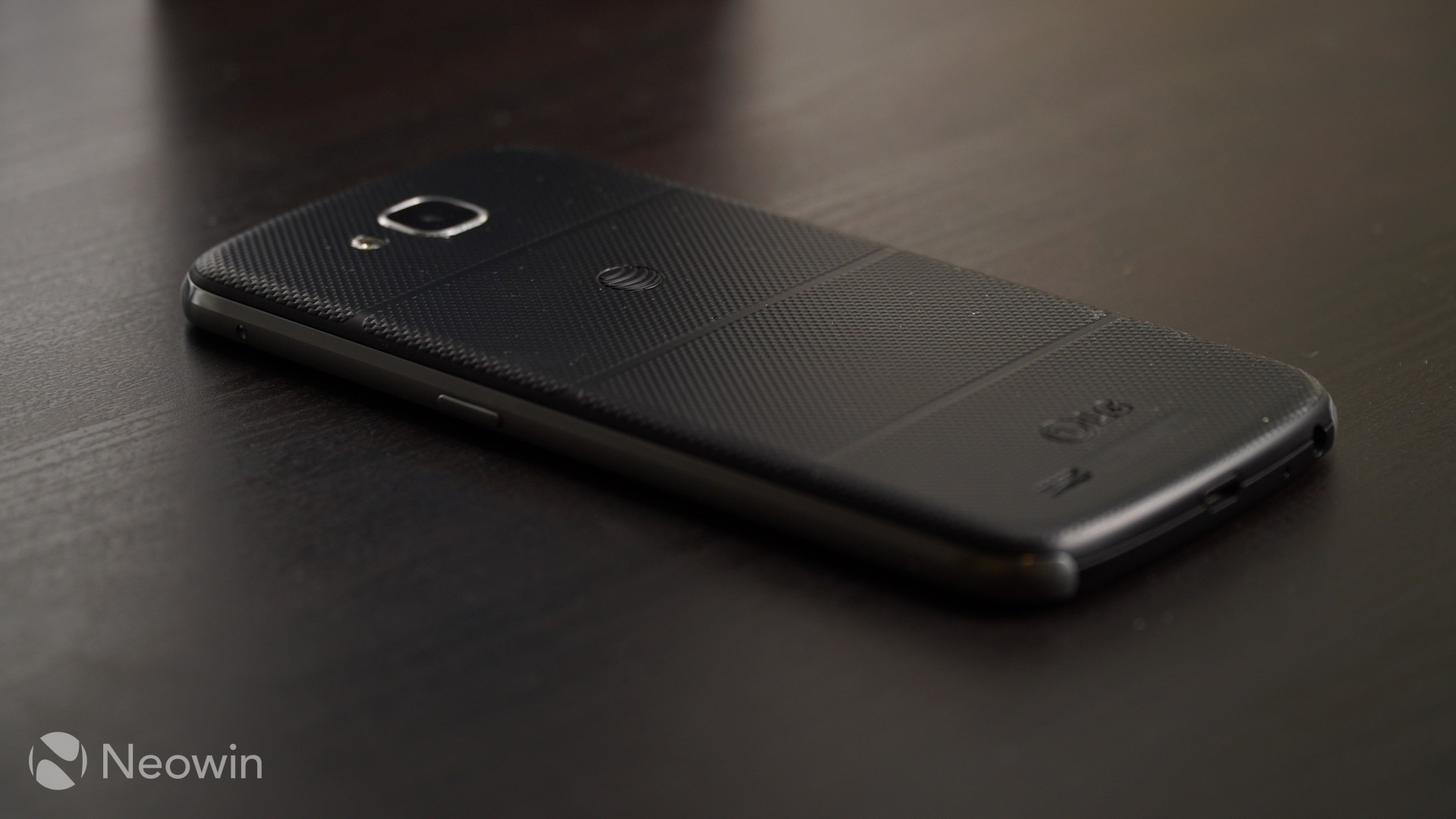 This is probably where the LG X venture shines the most with its 4,100mAh battery. In the time that I tested it, the handset would easily average two days, and could probably make it to three days with diligent use. As far as daily use, we’re looking at Twitter, internet browsing through Chrome, emails, music streaming through Bluetooth, Snapchat, heavy messaging, light calls, and some random photos. The battery life can always vary, but 4,100mAh is quite a bit, and even moreso when coupled with the Snapdragon 435. Luckily, If you need to charge up, the handset does have support for Qualcomm’s Quick Charging technology via microUSB. 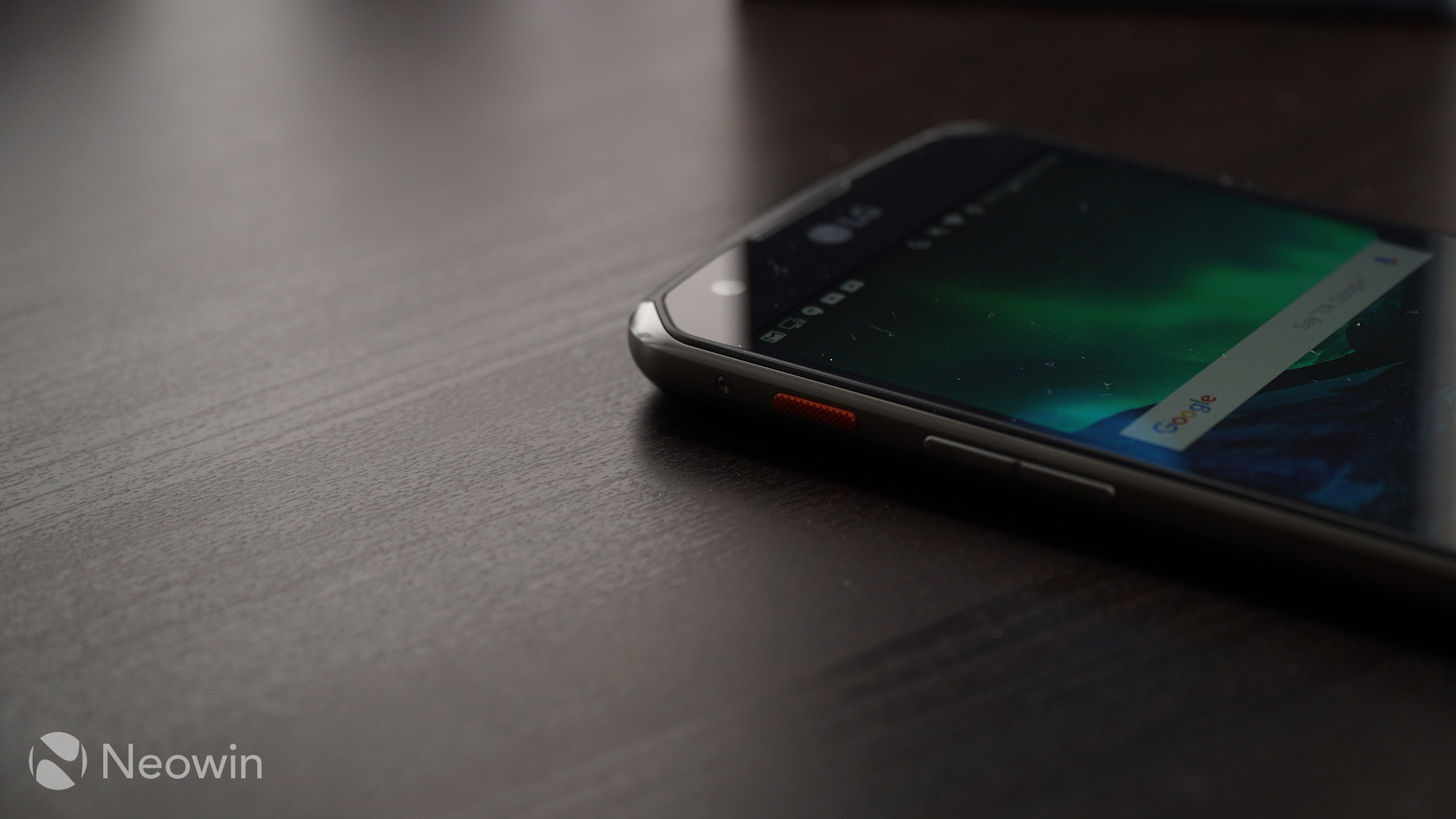 Overall, the LG X venture is a handset that is quite capable and is a good option for someone looking for a decent performer with lots of battery life. Sure, it doesn’t have the best camera or appearance, but it makes up for that in other ways. Perhaps the biggest draw for the device will be that it is certified MIL-STD 810G device and has an IP68 rating, giving the user a bit more freedom when it comes to being carefree. While it wasn’t abused during the course of the review, it was lightly tossed about more than normal and also submerged in water. 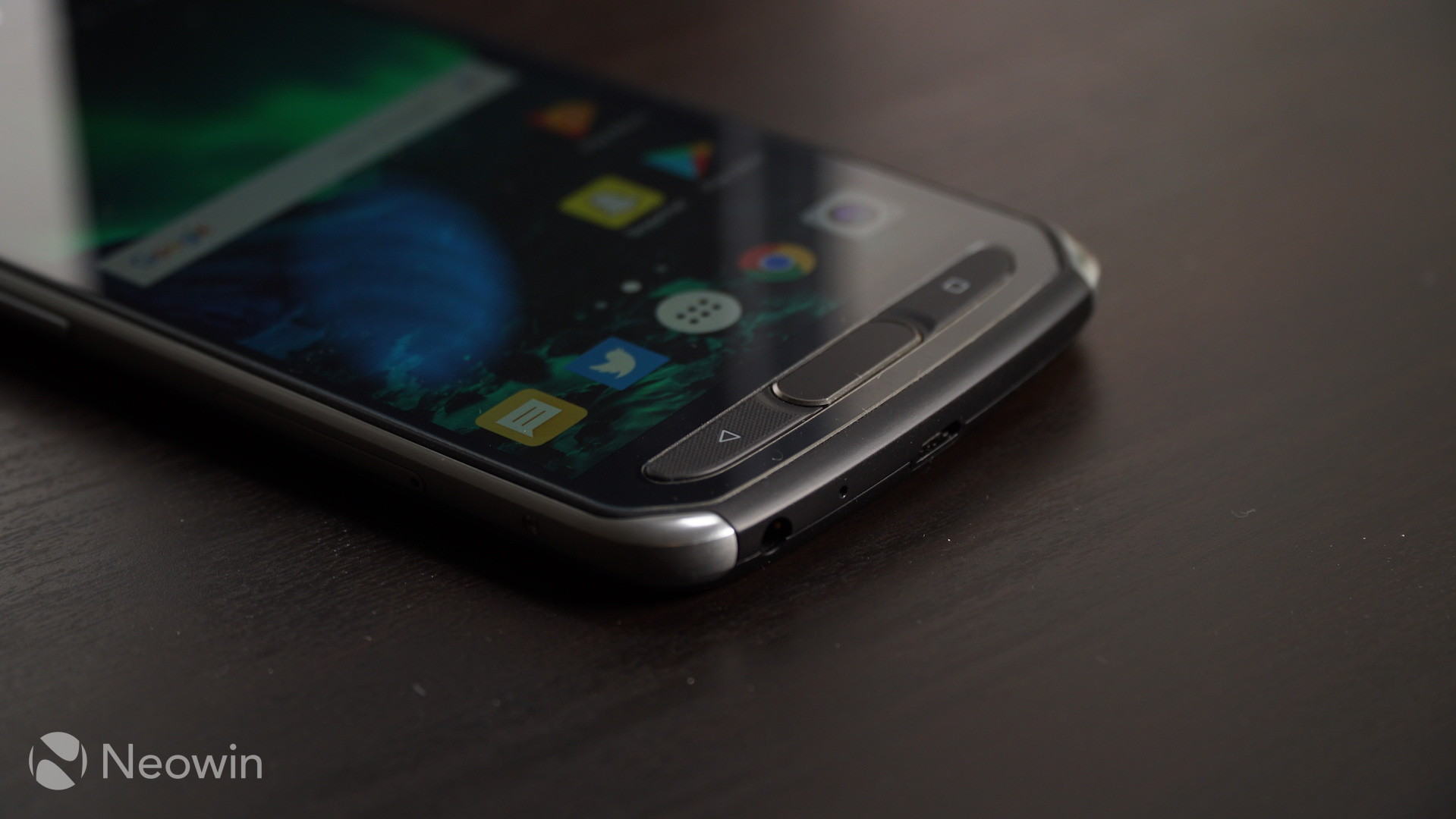 As you can see from the images, it survived these small challenges and it most likely capable of handling a lot more. Naturally, nothing is invincible and if pushed to the limit, this handset will also break, but compared to the more fragile options out there, it should be more resilient to abuse as a whole. The X venture is now available on AT&T $329.99 and also can be purchased unlocked from Amazon for $349.99.