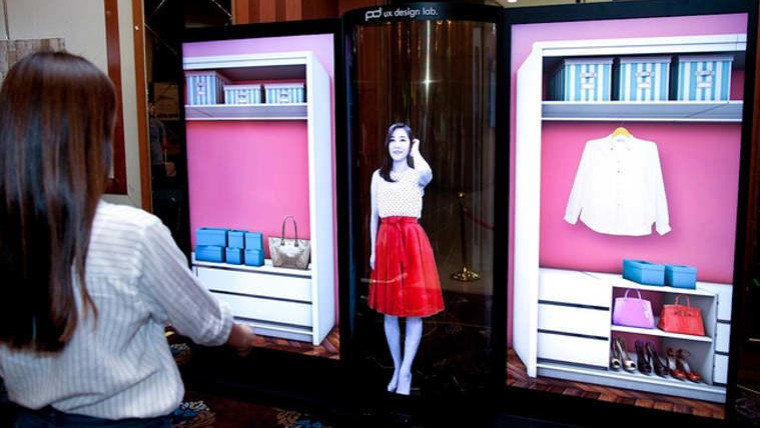 This means that the display can bend and is flexible, kind of like a rubber mat. This isn’t the first flexible OLED display, but it is the first to be made at such a large size. Flexible displays are very much in fashion among manufacturers these days; Lenovo recently showed off its concept for a flexible screen laptop. LG says that its display can be bent up to 80 degrees before the picture begins to be affected.

LG managed to beat Samsung in a bid to work with the government on the Future Flagship Program. The program involves developing displays, such as this one, that could be used in a wide variety of scenarios. A South Korean official said they could be used in future architecture, automobiles, and even healthcare facilities.

The flexible display could be used for 'smart signage'; as smart desks at workplaces; or as a virtual mirror, perhaps in retail scenarios. It seems more likely to be used in those capacities than on the traditional wall space in the living room.

What is particularly interesting about the screen is that it is 40% transparent, making it more suitable for some of these commercial applications, such as the mirror shown in the picture above. It has not been confirmed by LG when they will fully commercialize the display.

It was only yesterday that we saw the South Korean government strike a deal that will see the development of a Hyperloop system in the country. The project it's working on with LG in developing these displays is only another sign of the commitment it has to exploring the use of future technologies.