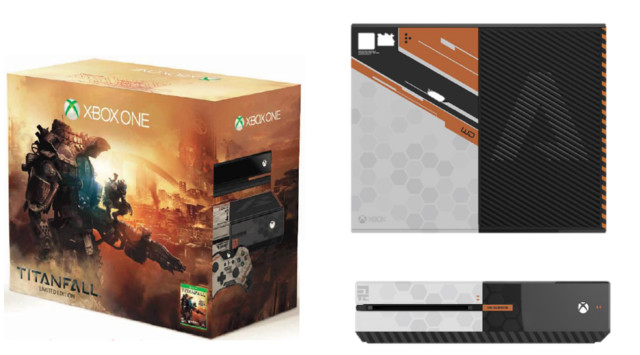 Over the past 24 hours, a ton of information about Microsoft’s plans for the Xbox One for 2014 has leaked out. Everything from a white Xbox One to a cheaper model that ships without an optical drive have been mentioned and now we have even more concrete evidence that the leaker, is in fact, a legitimate source of information.

An image of a limited edition Titanfall Xbox One was posted up by the same individual who leaked all of the previous information and the console appears to be legitimate. Considering that the image appears to be authentic, it looks like all the other information that was leaked carries a bit of weight which will likely raise the hopes of gamers around the world.

Other than the skinning of the Xbox One, there does not appear to be much different in terms of functions or features. Of course, you can already pre-order a Titanfall Xbox One controller so a matching console is not that all that surprising.

More so, the leak adds confidence to the previously released information and will likely raise a few more eyebrows up in Redmond, as Microsoft surely can’t be happy that all of this information is hitting the web.

With Microsoft’s 2014 plans and heck, some plans into 2016 now out in the wild; it does paint a very aggressive year ahead for the Xbox One in terms of big name releases. While some are saying that this is a planted leak, we highly doubt this because of the volume of information that is being spilled and Microsoft has historically had no problems drumming up hype for its Xbox products.

The ultimate test will come in time to see if this information pans out. But for now, take it, as always, with a grain of salt, but it looks like a Titanfall Xbox One is on the way and potentially many, many more great games too.