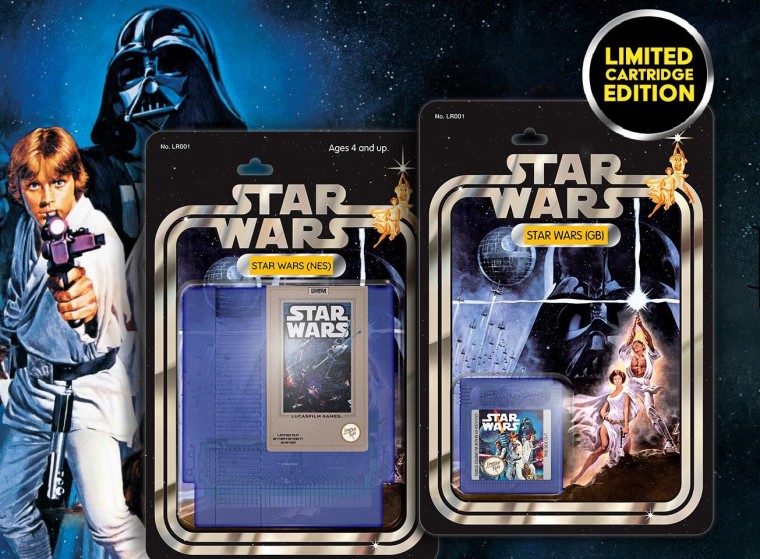 Nearly three decades ago, Star Wars appeared on the Nintendo Entertainment System and later on the Nintendo's 8-bit handheld console, the Game Boy. With the NES version of the title combining traditionally popular side-scrolling gameplay with overworld and asteroid belt navigation using a land speeder and the Millennium Falcon, the game presented quite a challenge in terms of being able to beat it.

While retro gamers have been able to get their hands on a limited number of NES games via officially sanctioned means courtesy of the NES Classic Edition, the 30 games bundled with the miniature console did not include anything from the Star Wars stable. However, if you've had the itch to try your hand once more at Star Wars for NES or Game Boy then you may be in luck.

A long time ago in a galaxy very nearby, Star Wars™ was released on NES and Gameboy. Now, it gets a physical Limited Run re-release on June 28 at 10am & 6pm EDT alongside Star Wars™: Bounty Hunter.

Get your copy of Star Wars™ on one of its original consoles this Friday! pic.twitter.com/QZOBaz5JiL

Thanks to Limited Run Games, a re-release of the game for both Nintendo 8-bit consoles will be made available for sale in tandem with Star Wars: Bounty Hunter for PlayStation 4. Being physical cartridges, you'll require original NES or Game Boy hardware or compatible alternatives to be able to play the game. Plus, for those worried about damaging the packaging, Limited Run Games has also advised that "there will be a way to open the box from the back without damaging the front".

Although pricing has yet to be revealed, if you're interested in picking up one or both game cartridges then you'll have your chance to jump in on two batches set to be made available on Friday, 28 June at 10am and 6pm EDT.